The Moravian Square forms a transition in between a park system of the Brno ring road and a paved pedestrian zone of the city centre. The cityness is represented through the paving of its surfaces, the parkness thereafter through the form of underpassable tree tops which protect the generous square/park against the sunshine.

The design loosens too exposed centre of the park through a concentration of cultural activities along its circumference. These activities try to resuscitate the park surroundings without disturbing the relaxing character of its inner area. The existing peripheral pavement is conspicuously enlarged (up to approx. 20 metres) to enable i. a. temporary buildings placement to relieve its excessive building on a spatially limited squares in the city centre. The inner park area is integrated with stabilized soil which enables free passing of pedestrians as well as provides a relaxing area in such generosity missing in the central area of the city. New surfaces and city furniture follow the existing ones which are in accordance with the project and don´t fulfil their lifespan. On the circumference of the park can be used existing mobile buildings and furnishings.

Despite the competition requirements of a cultural space without markets, the project includes these as well. Their previous placement along the existing inner park paths really seemed to be problematic towards overloading of paths as well as their surrounding grassy areas - access and supply shortcuts. On the other hand such activities (feasts, celebrations, concerts, meetings...) are integral part of a vital city environment. Their programmatic content on the broadened park edge creates active border within the city centre, the ring road and the neighbouring quarters and redefines the existing boundless image of the park in between the traffic communications.

The project was awarded the second place in a public anonymous architectural, urban and landscape design competition. 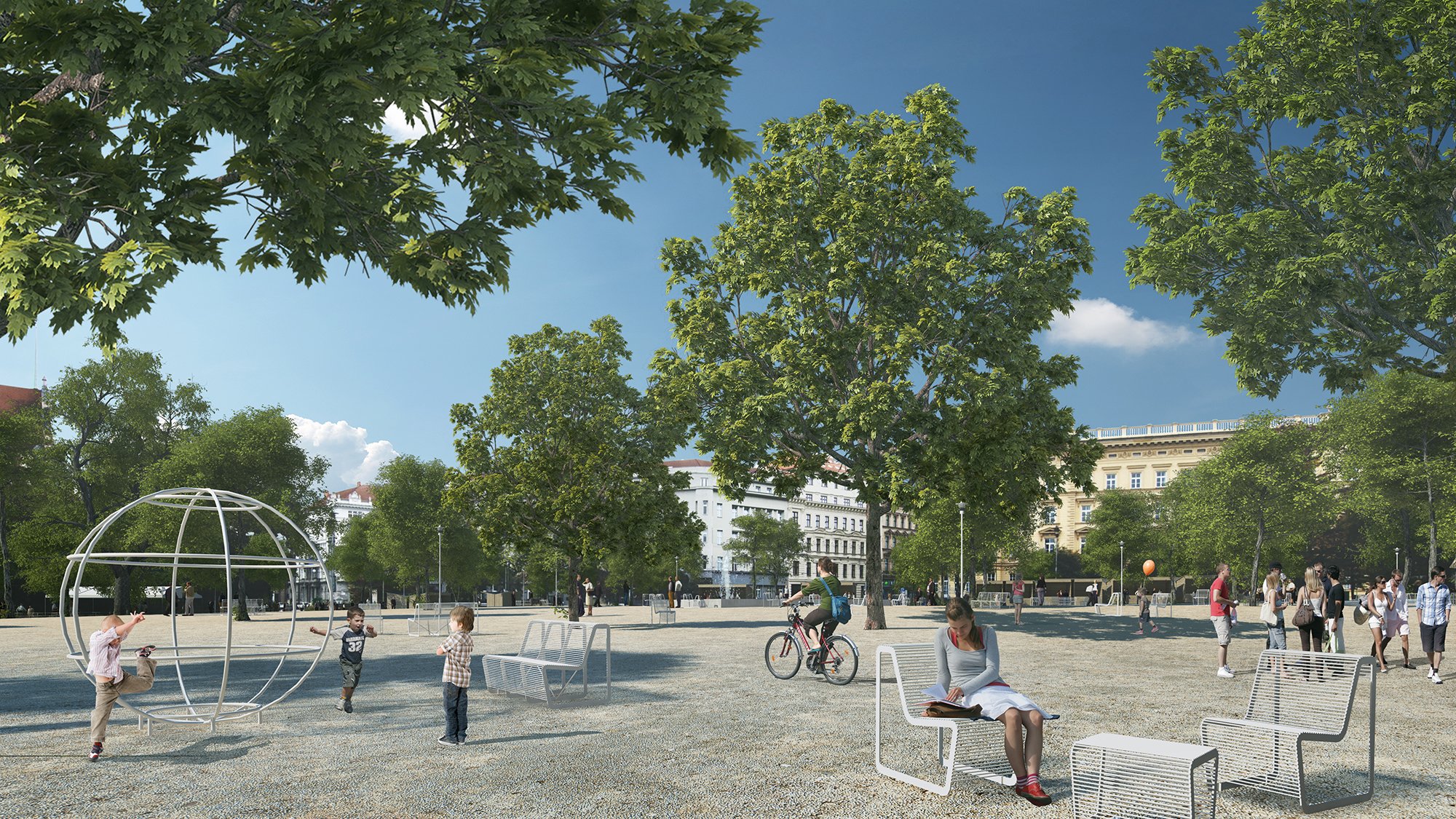 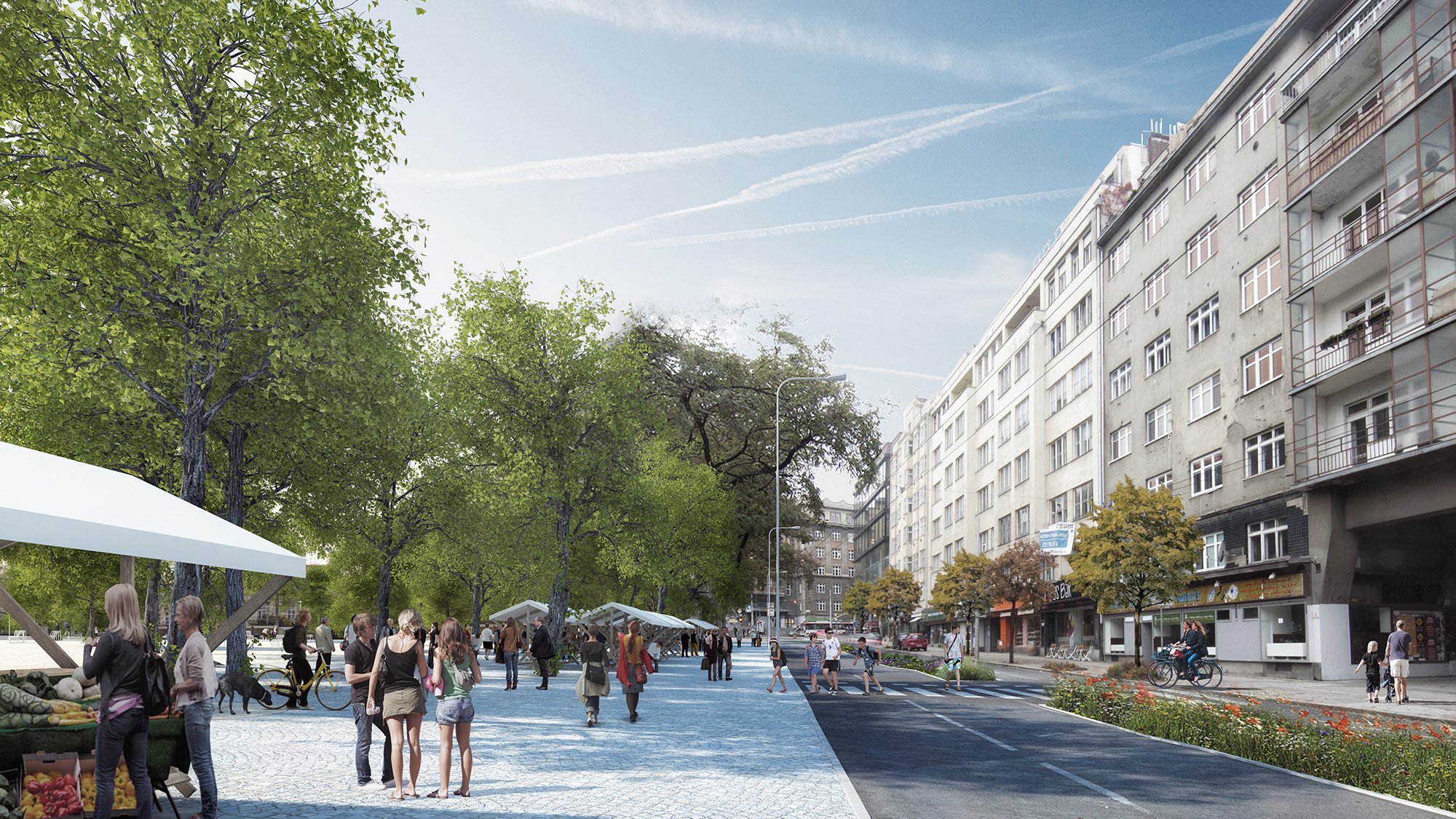 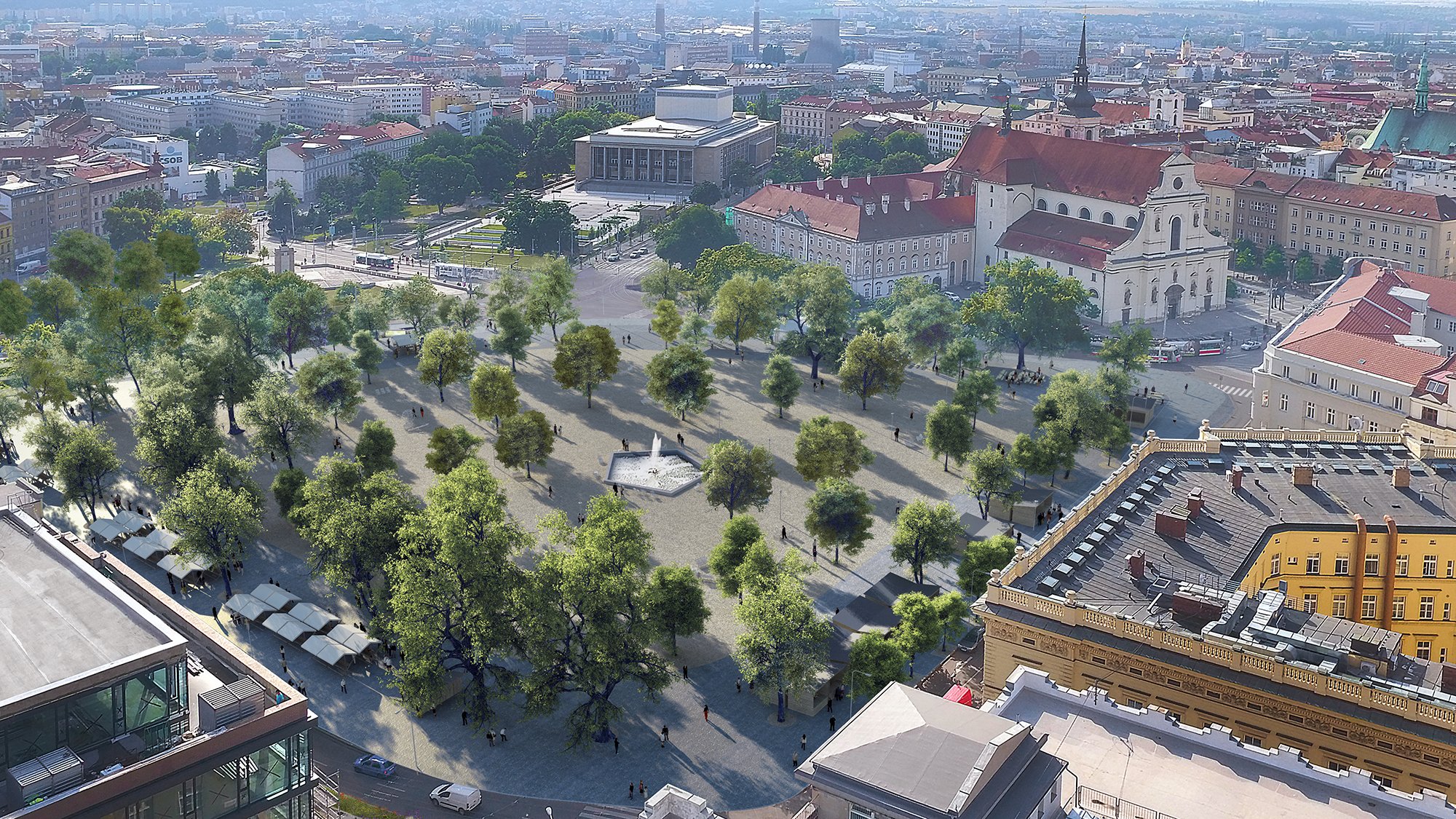 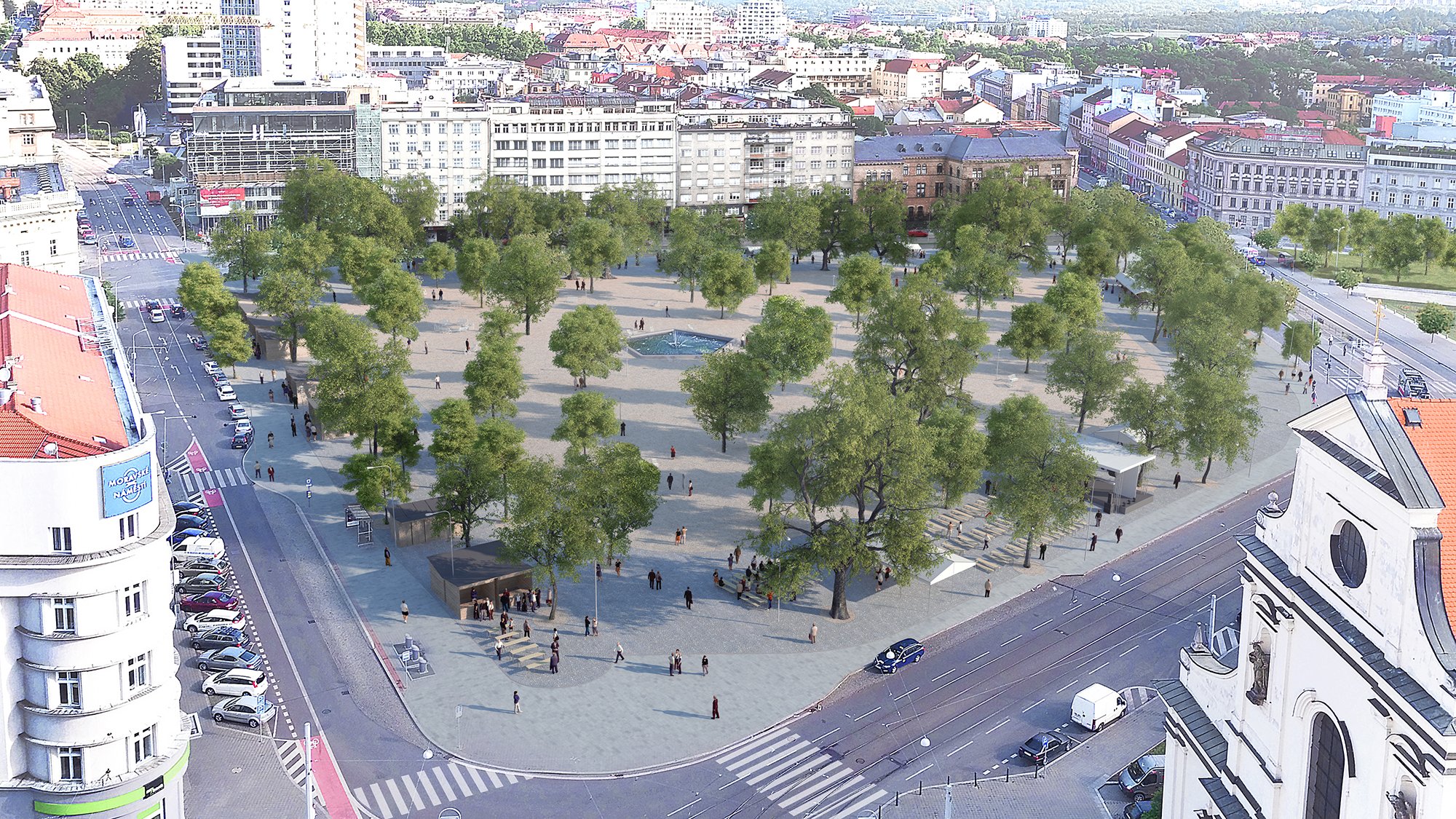 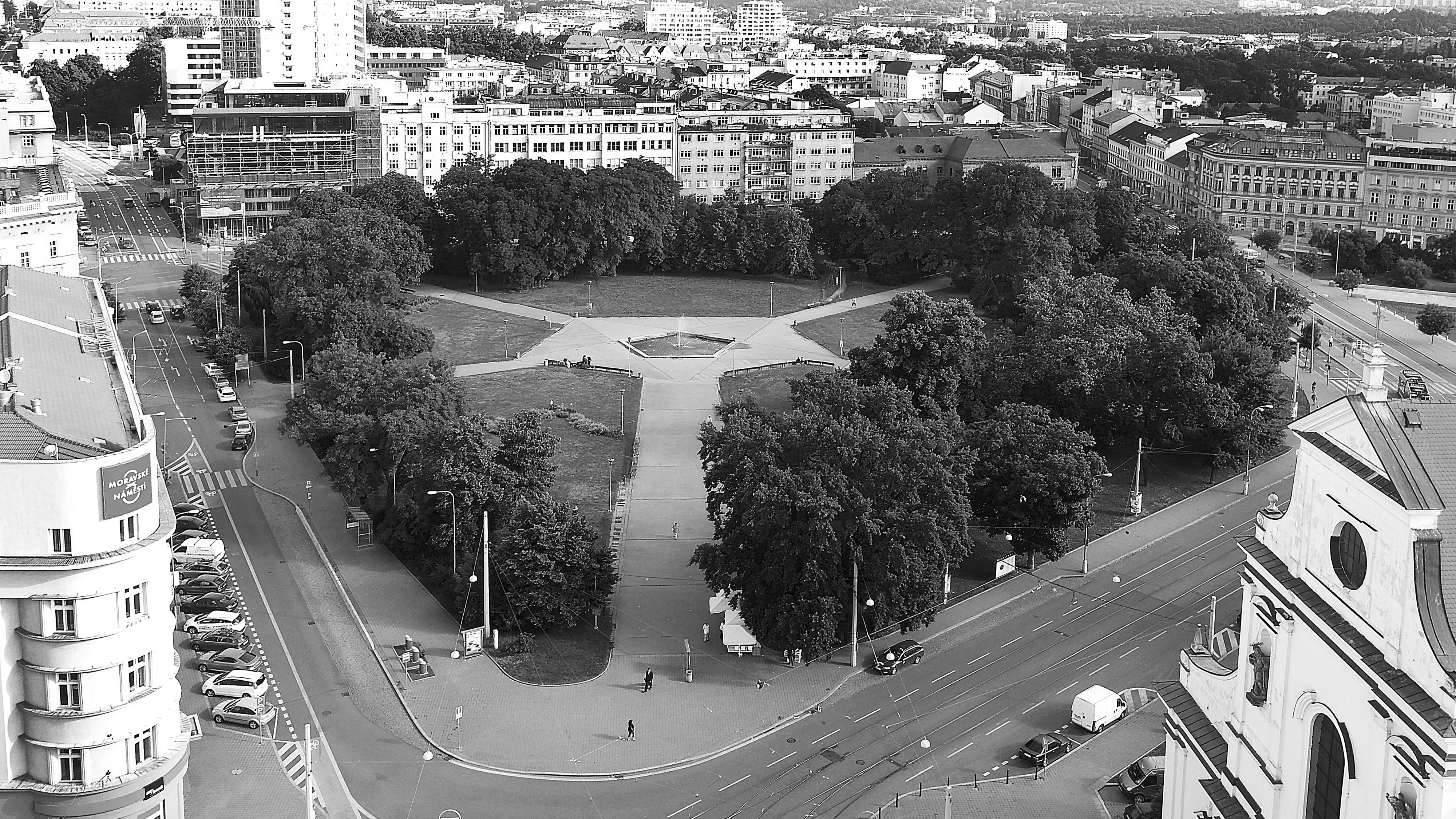 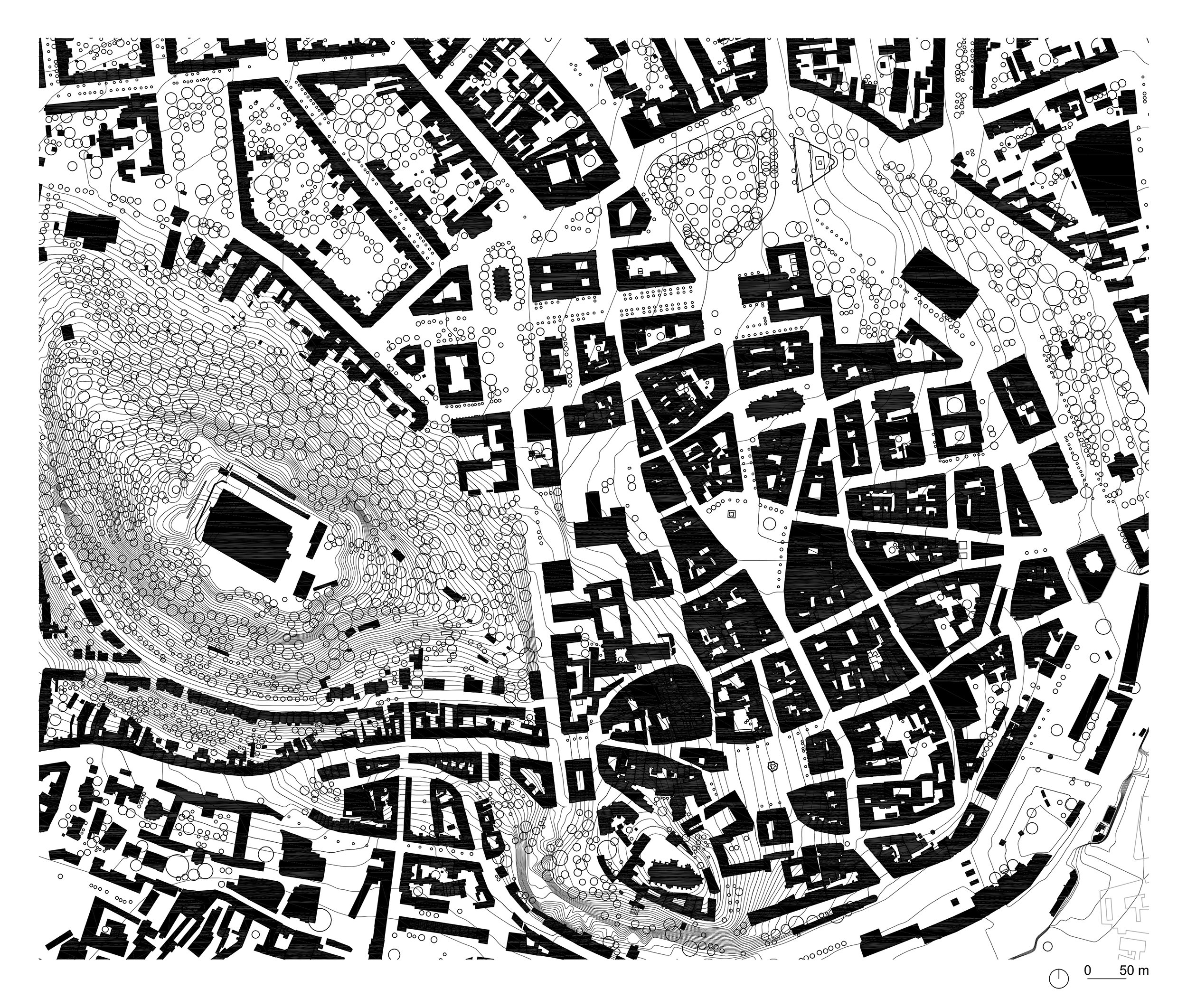 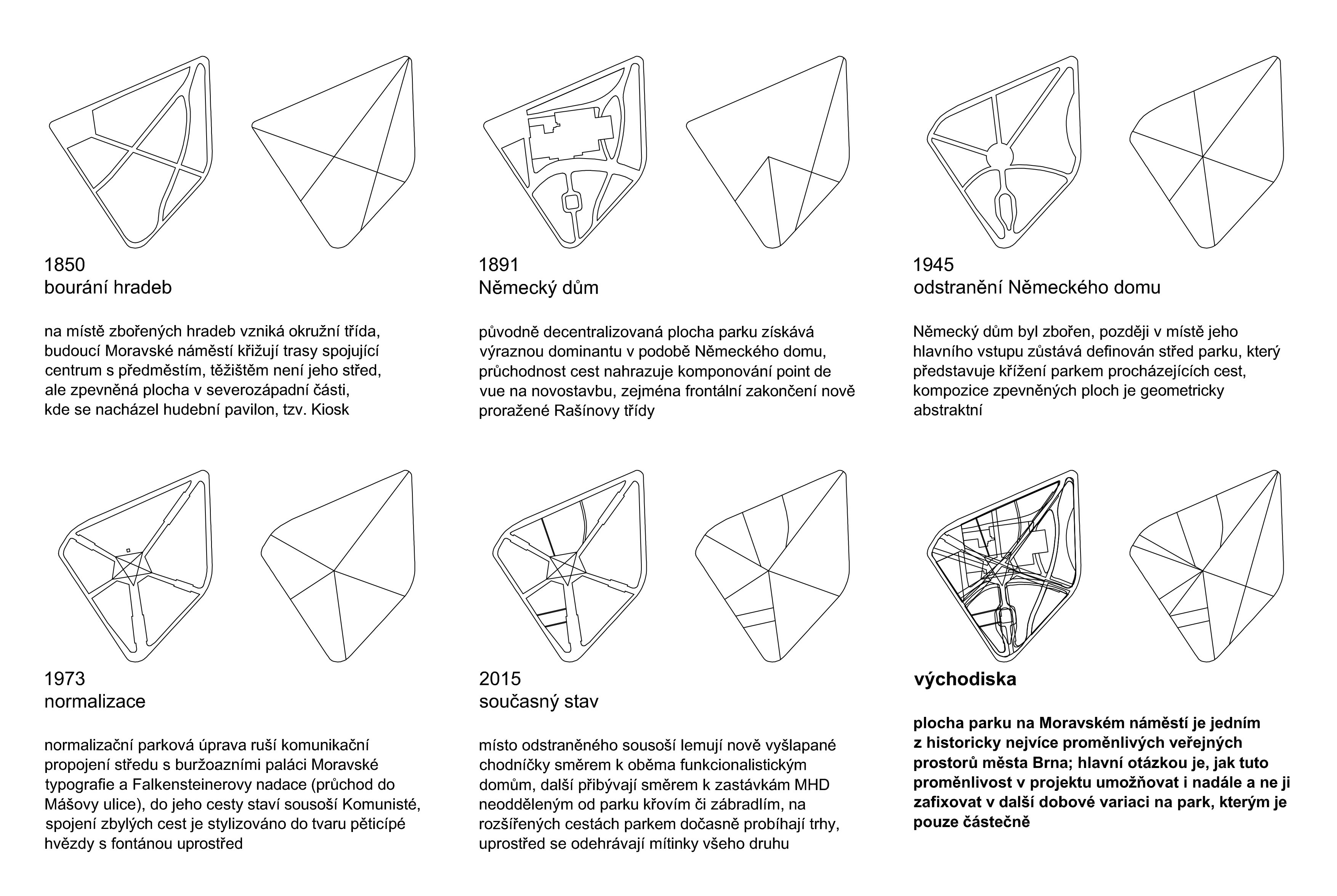 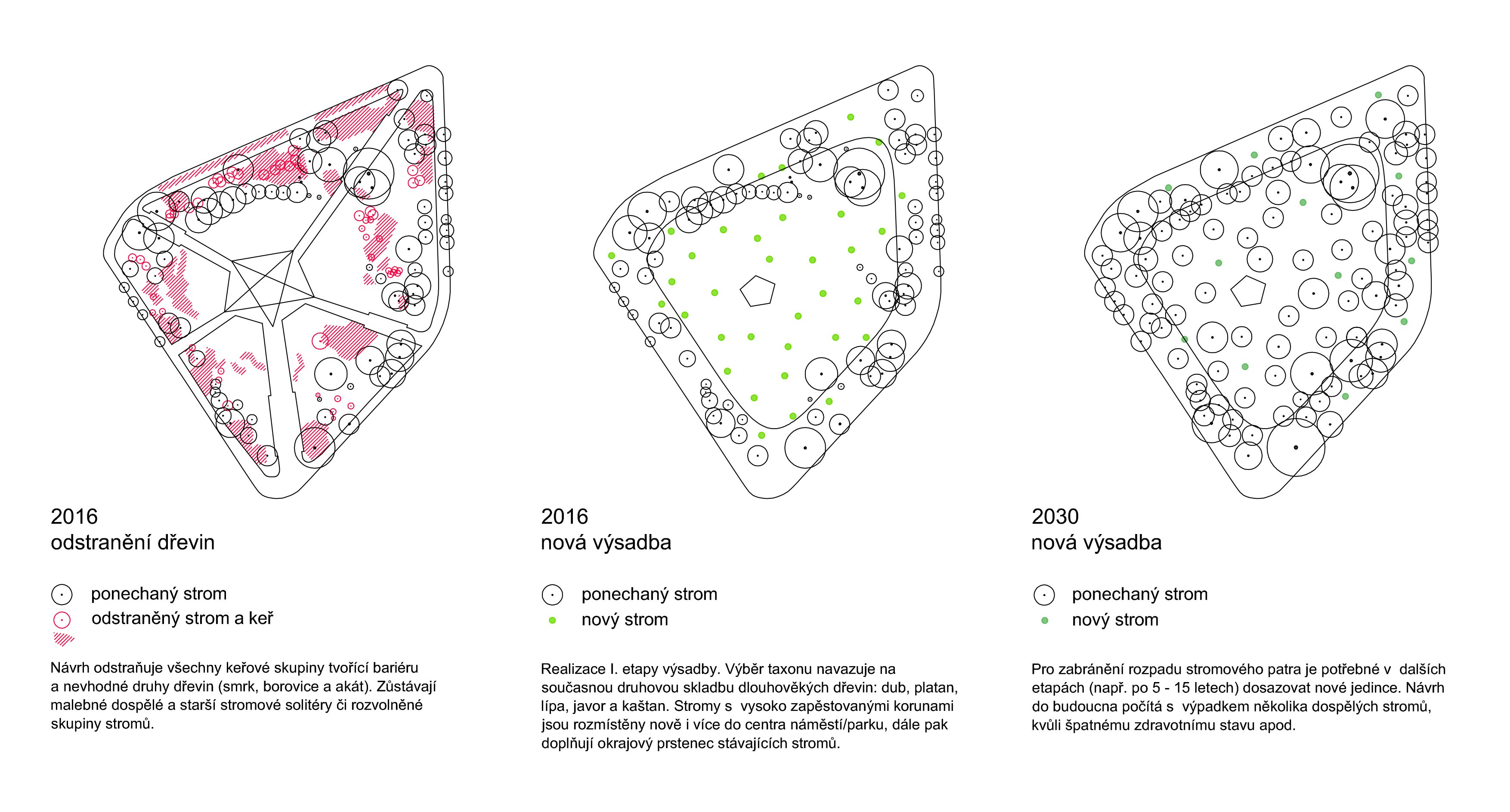 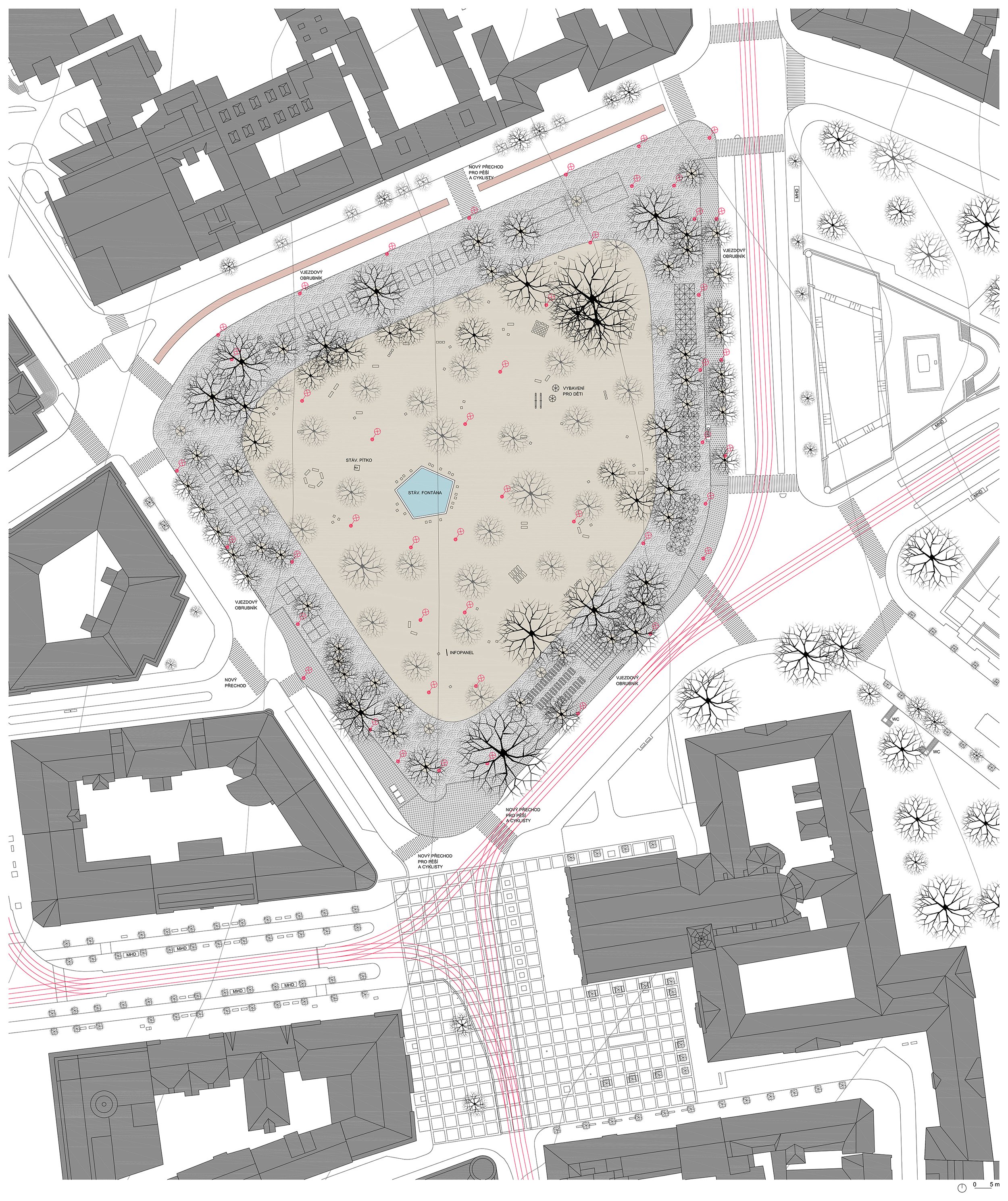 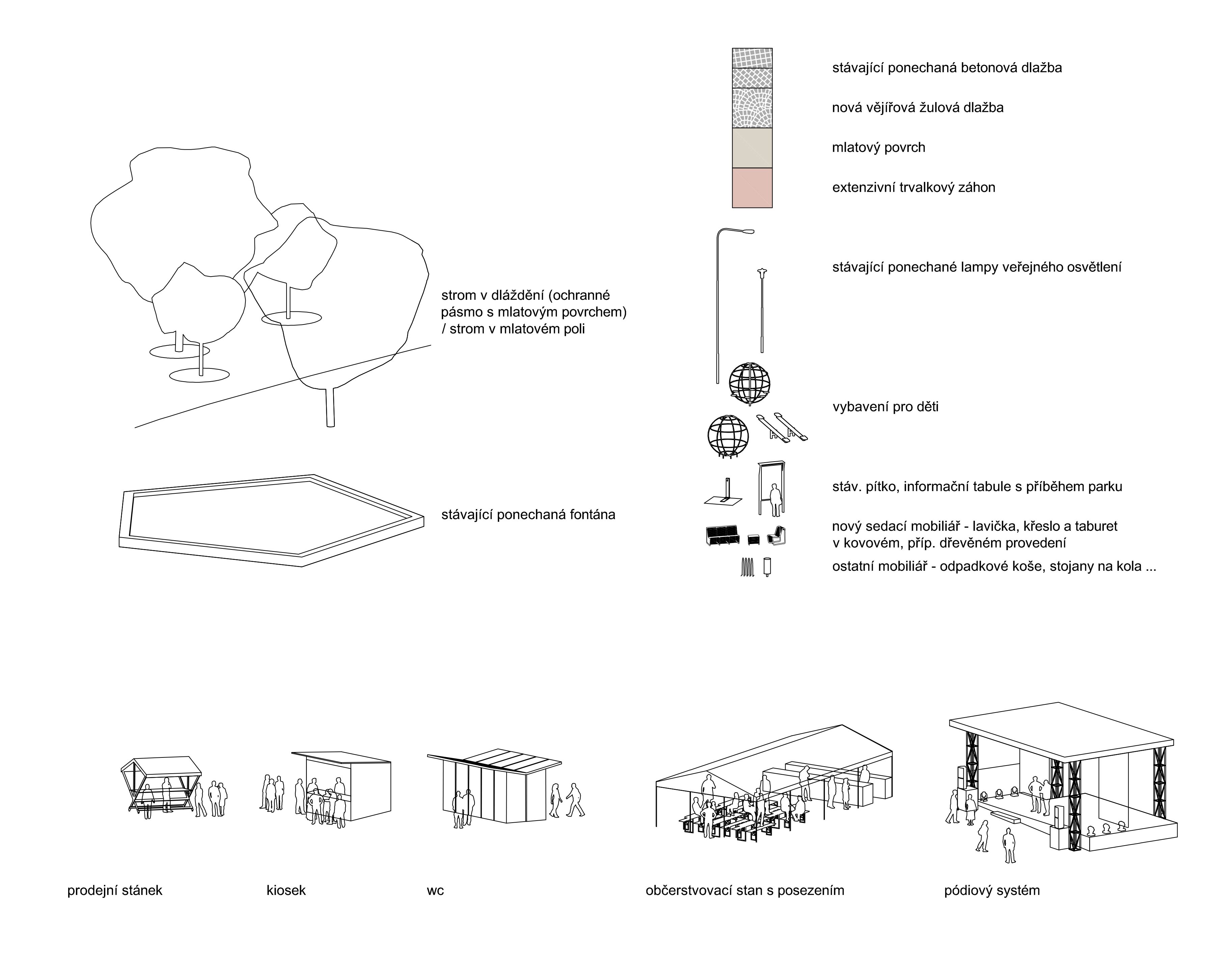 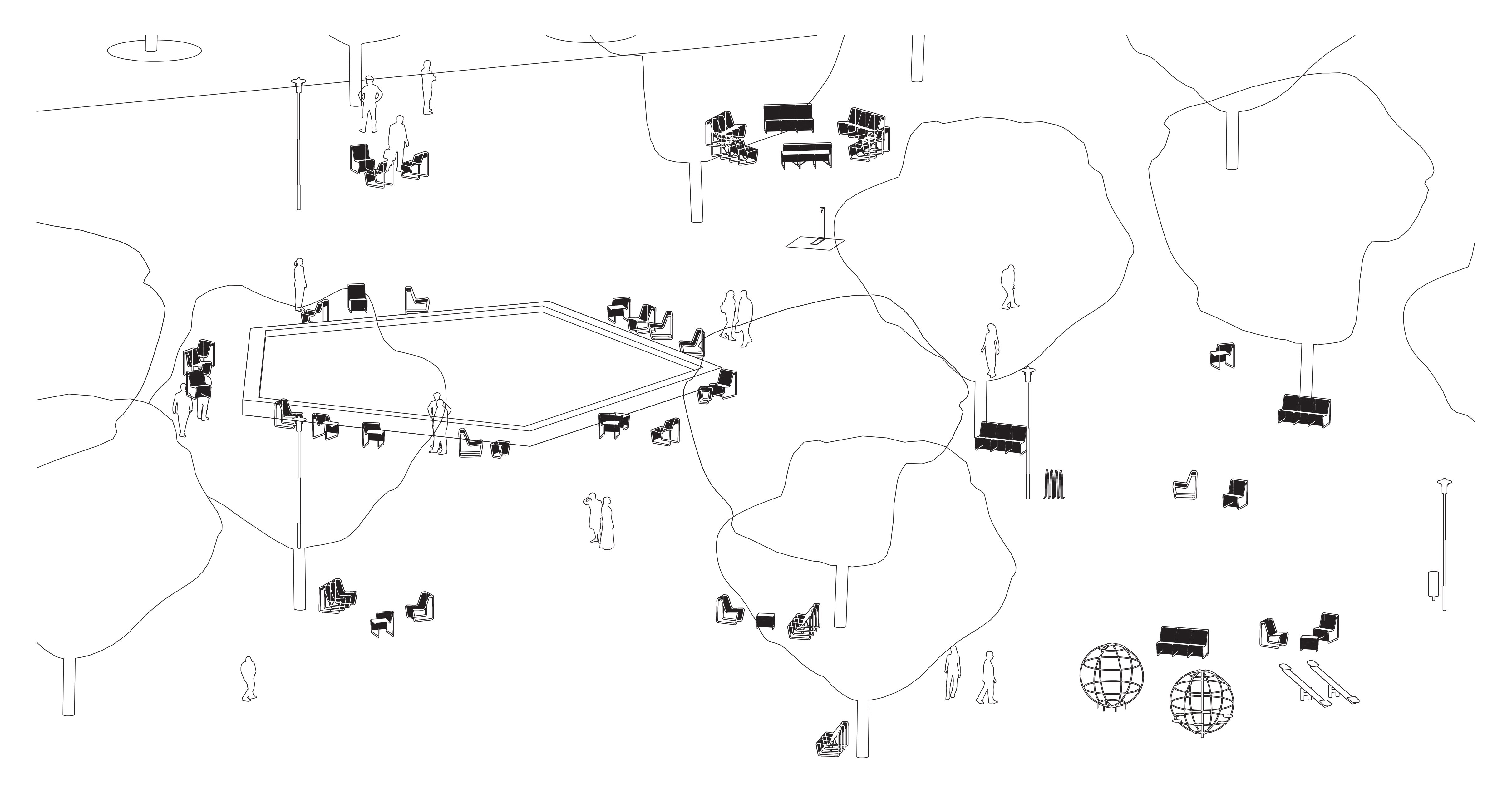 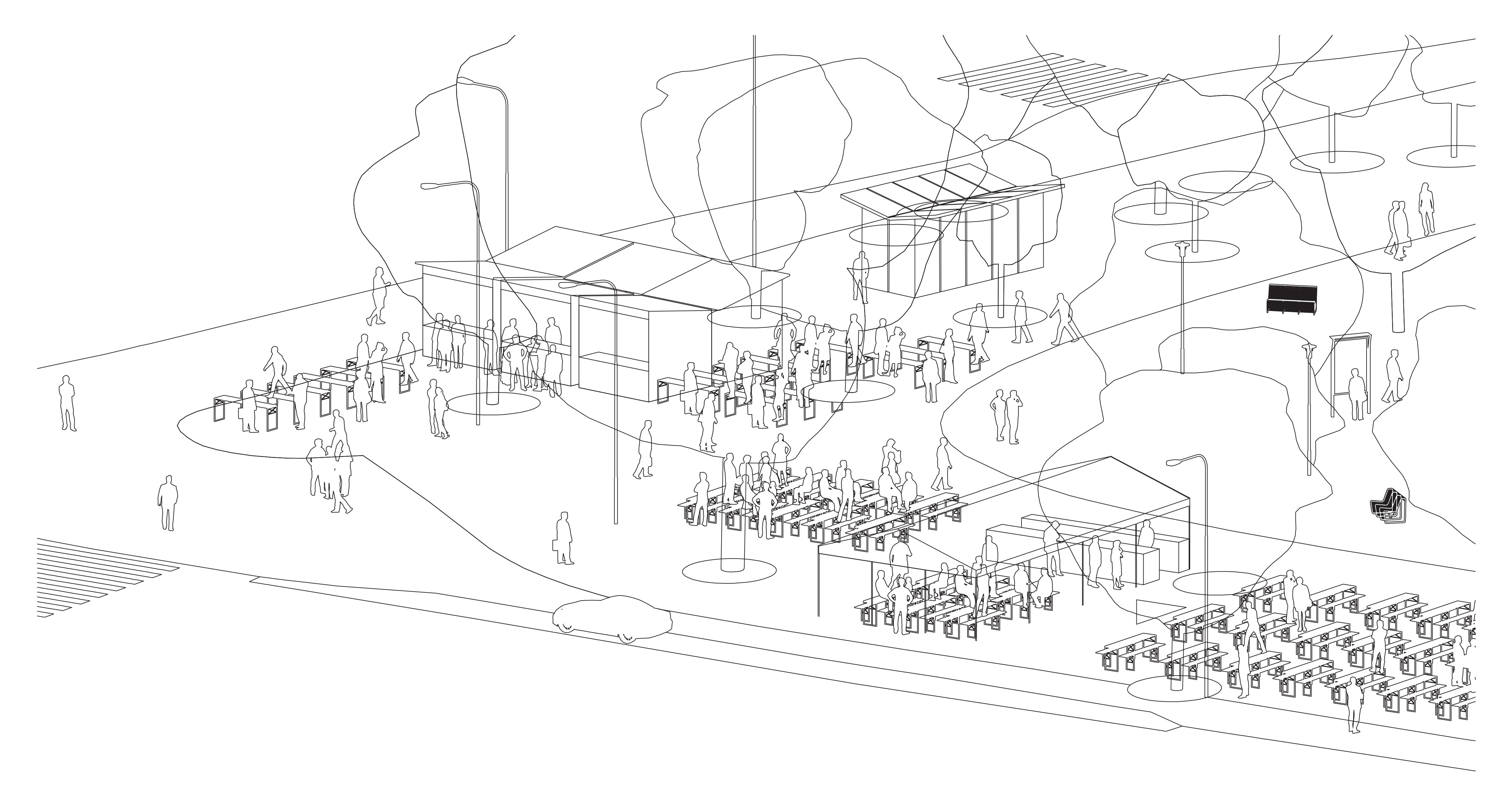 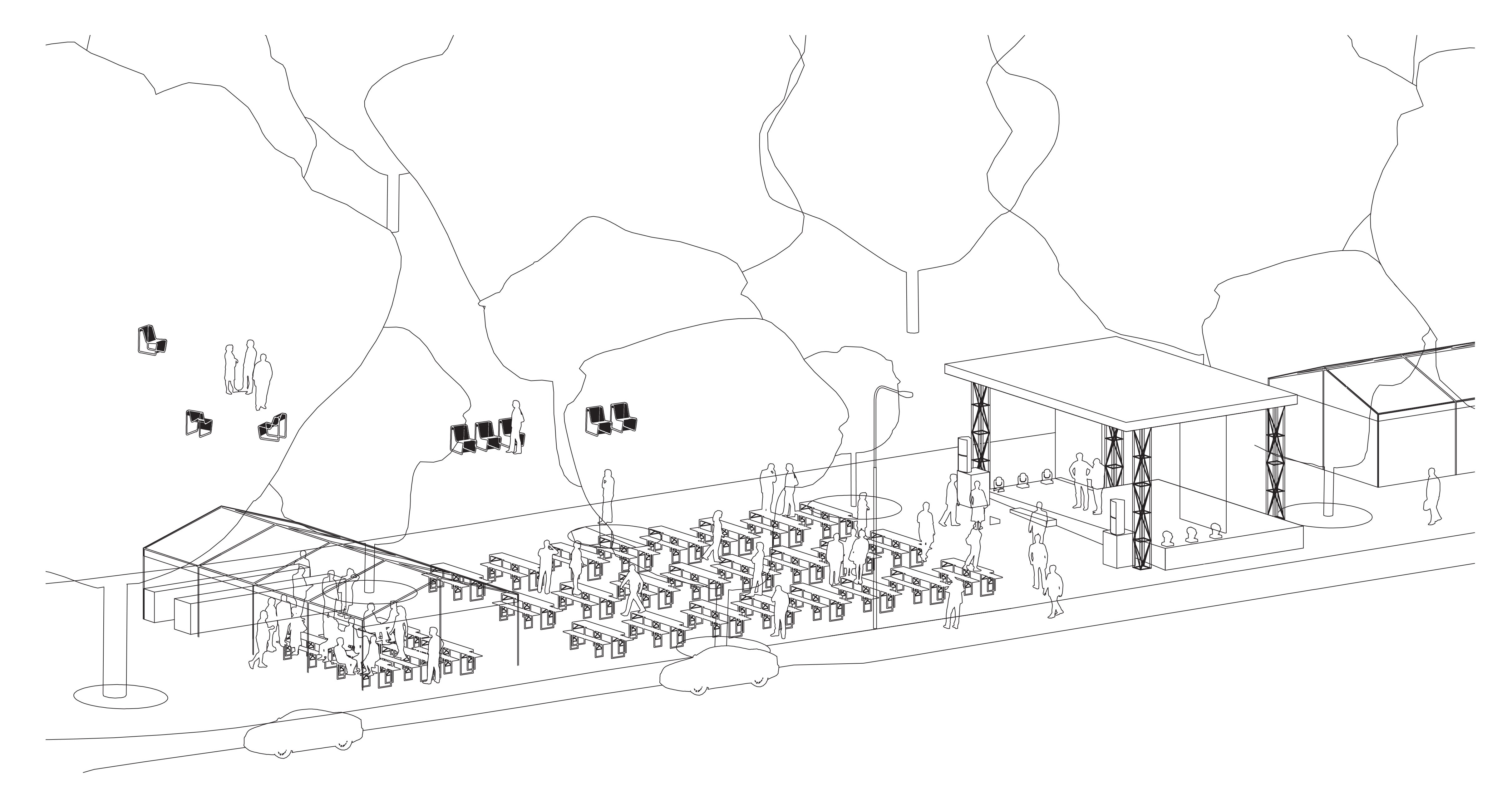 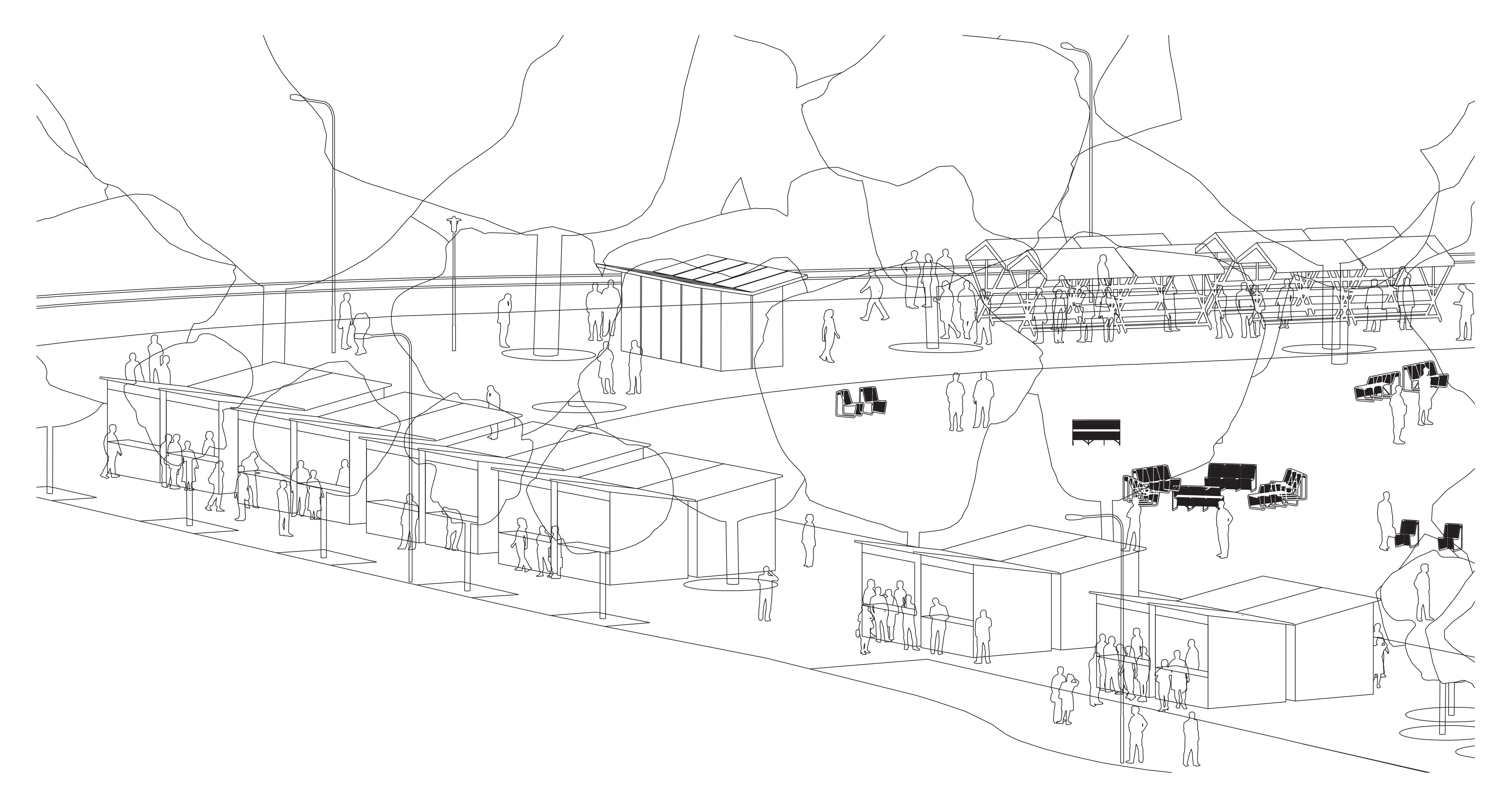