The designed multifunctional house fills the free space in front of the bank building, at the touch of the Radbuza river with the ring of city orchards lining the historic urban core of Pilsen. The partial build-up of the plot follows the urban structure behind the former city walls and supports the connection of the river with the ring, both visually (views from the orchards to the river) and factually (landscaping of the undeveloped plot area). The competition design was awarded the third place in a public anonymous architectural and urban design competition. 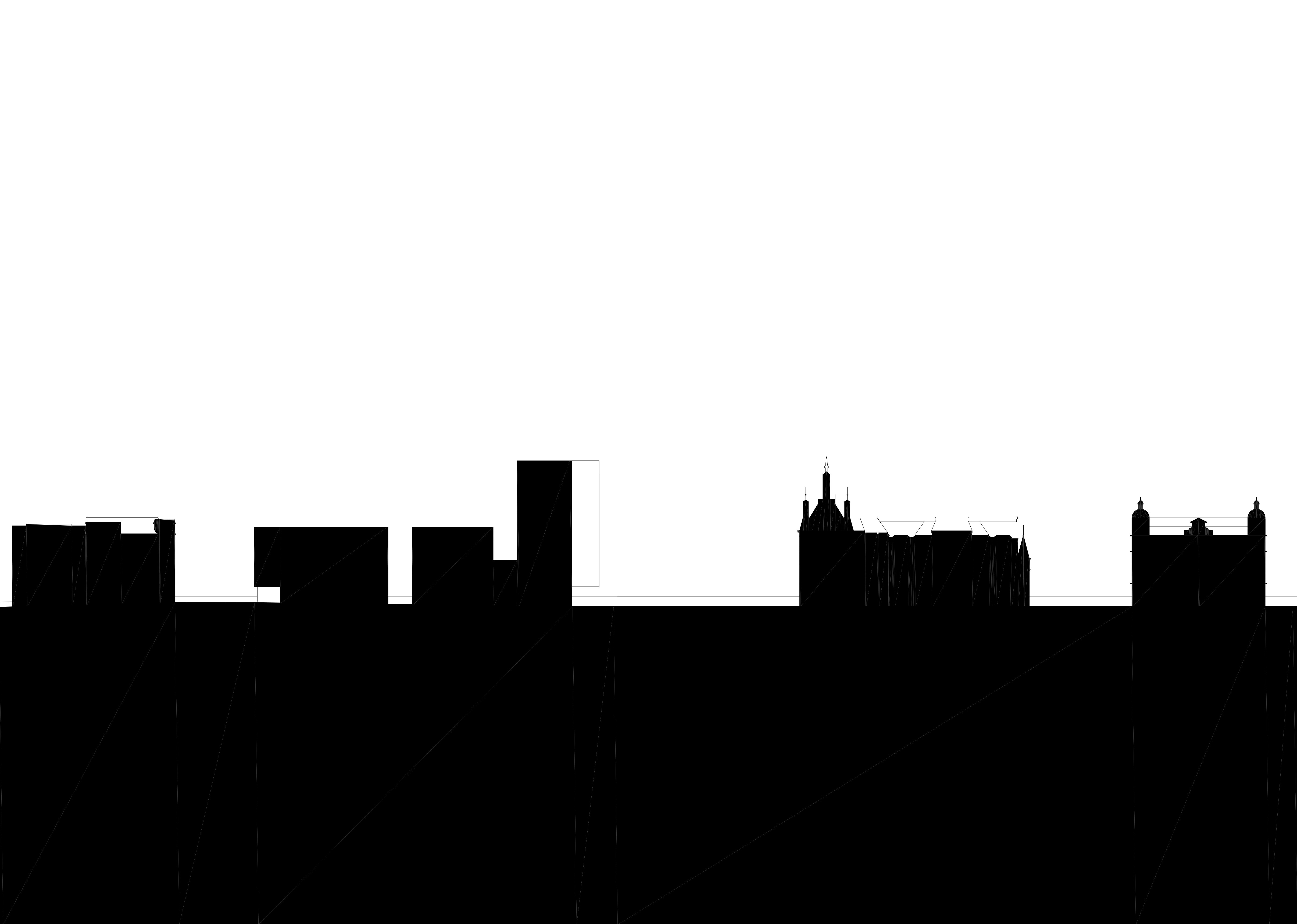 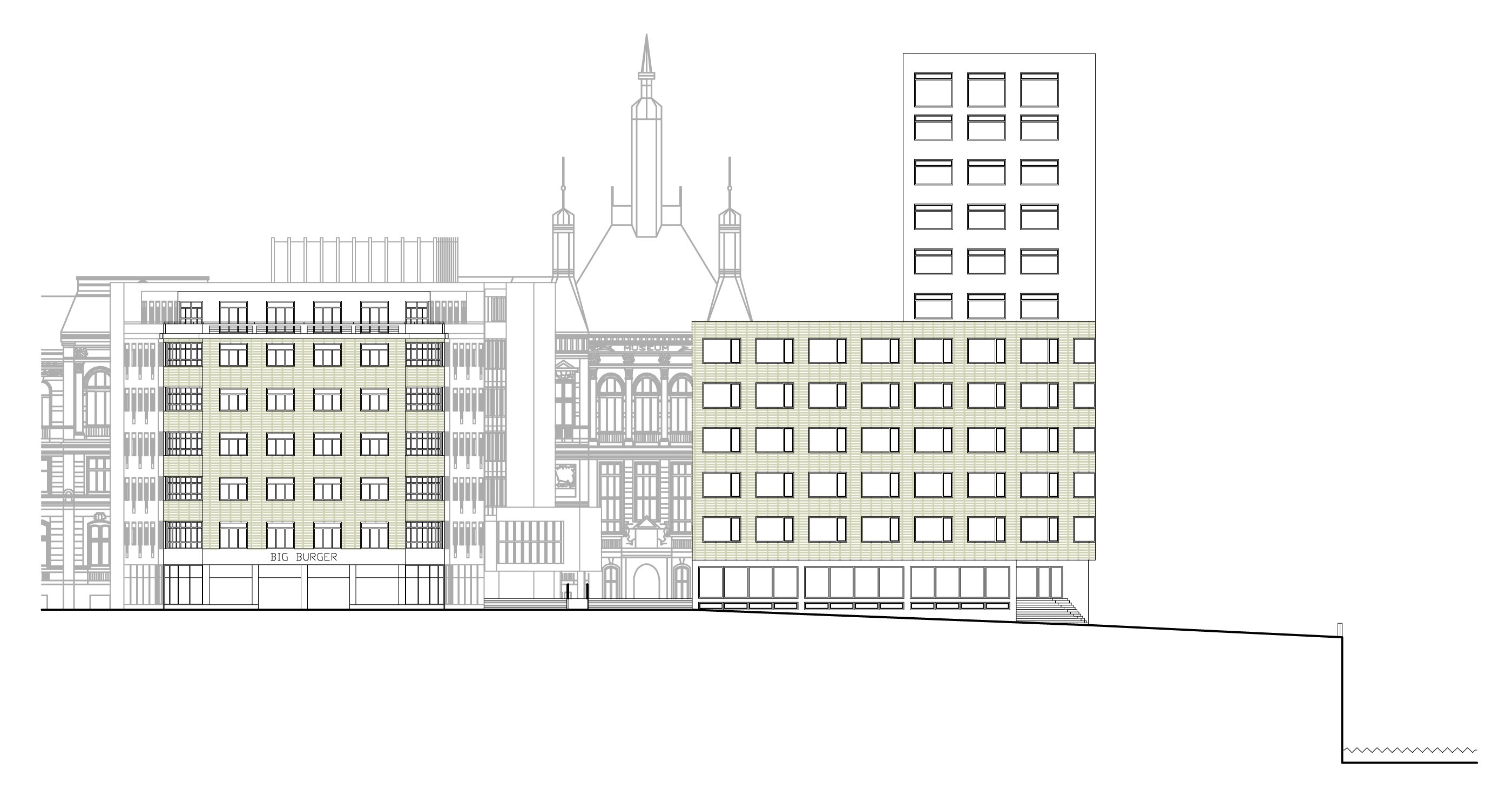