The Alfa Passage, the multi-purpose palace in the Brno city centre, has been existing for eighty years. On the occasion of this anniversary an exhibition of a house in the house was created. The scale model 1:33 stands for the mass interpretation of the building, which spatial connections reveal through the characteristic longitudinal section along the passage, where the model is exhibited. The stereotomic mass formation substitutes for the tectonic composability of the building, its folds produced via CNC milling machine follow rather the living space of its users than the structural principles of the functionalist palace.

During the 20th century the fundamental historical events were mirrored in this building. The curatorial research mediated through the exhibition catalogue reflects the architectural, historical and political aspects of the house transformations and their impact on the current image of the place. 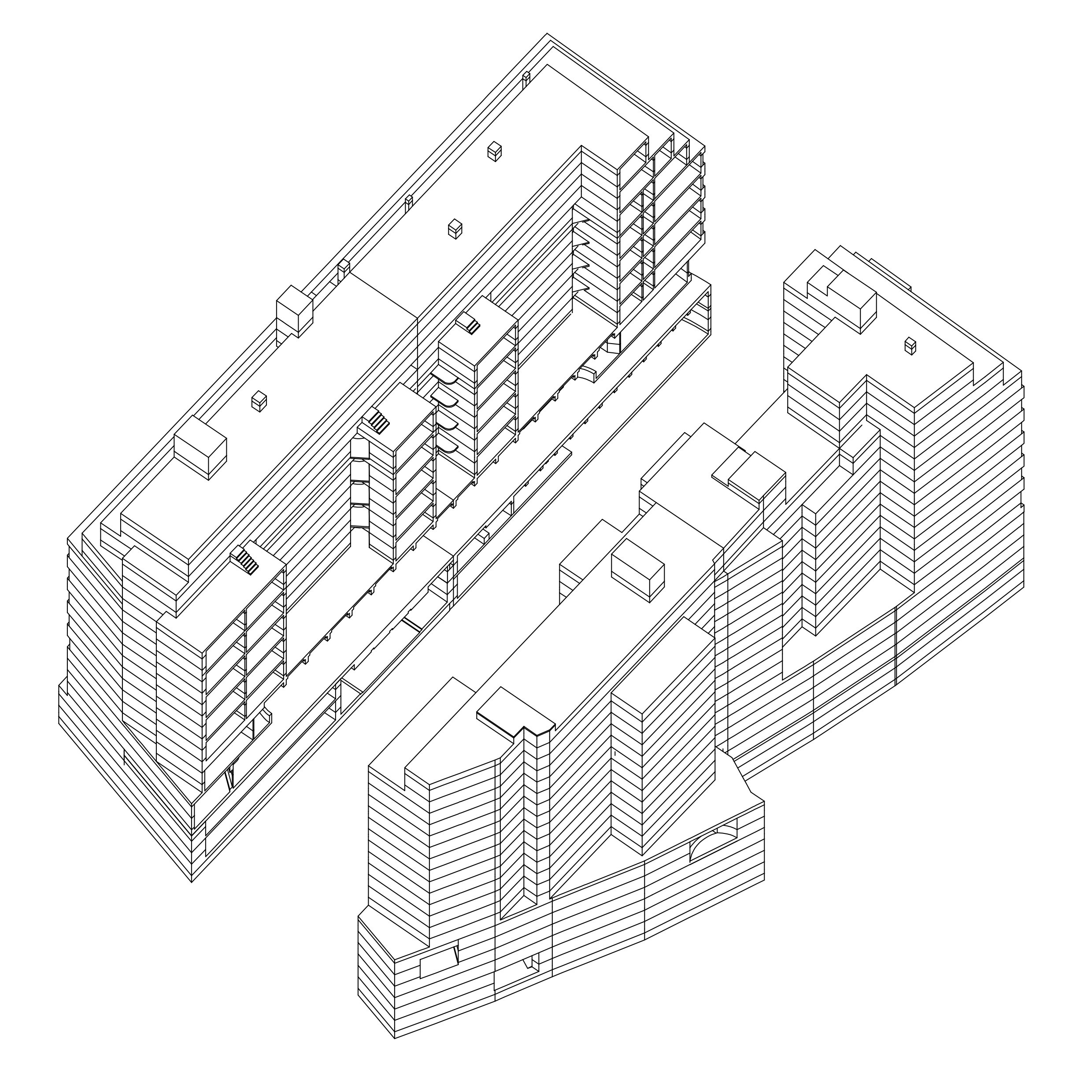 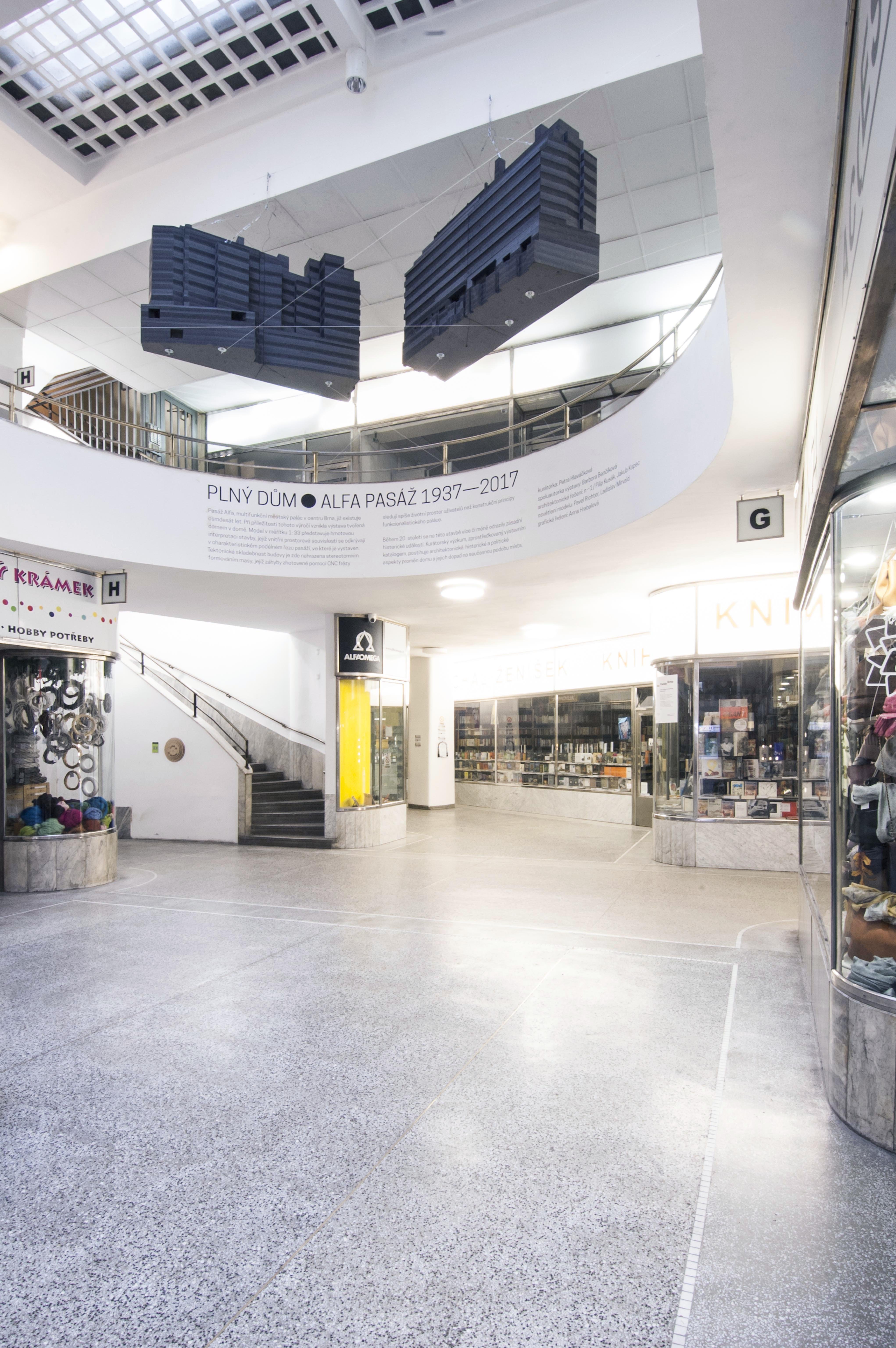 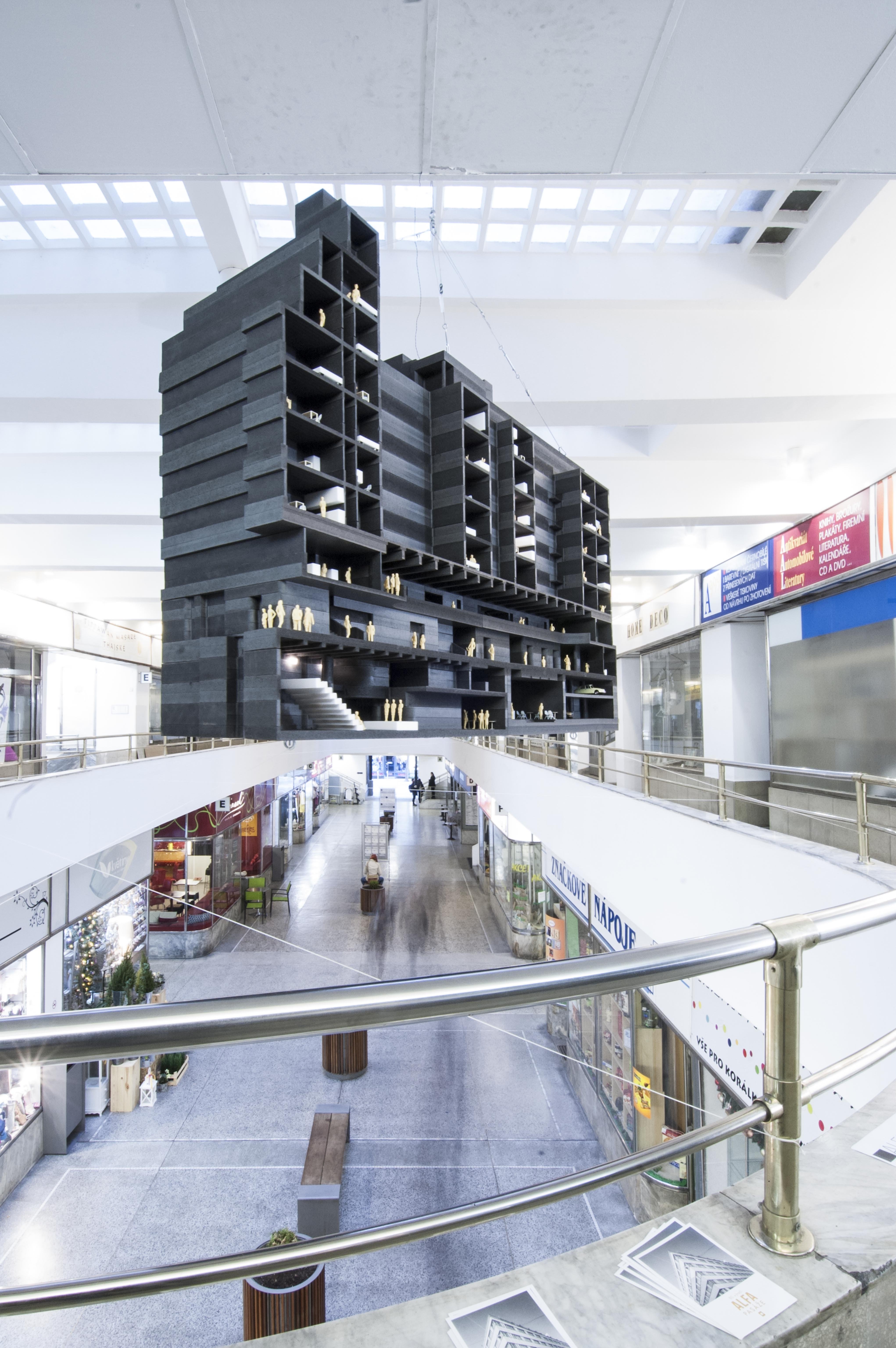 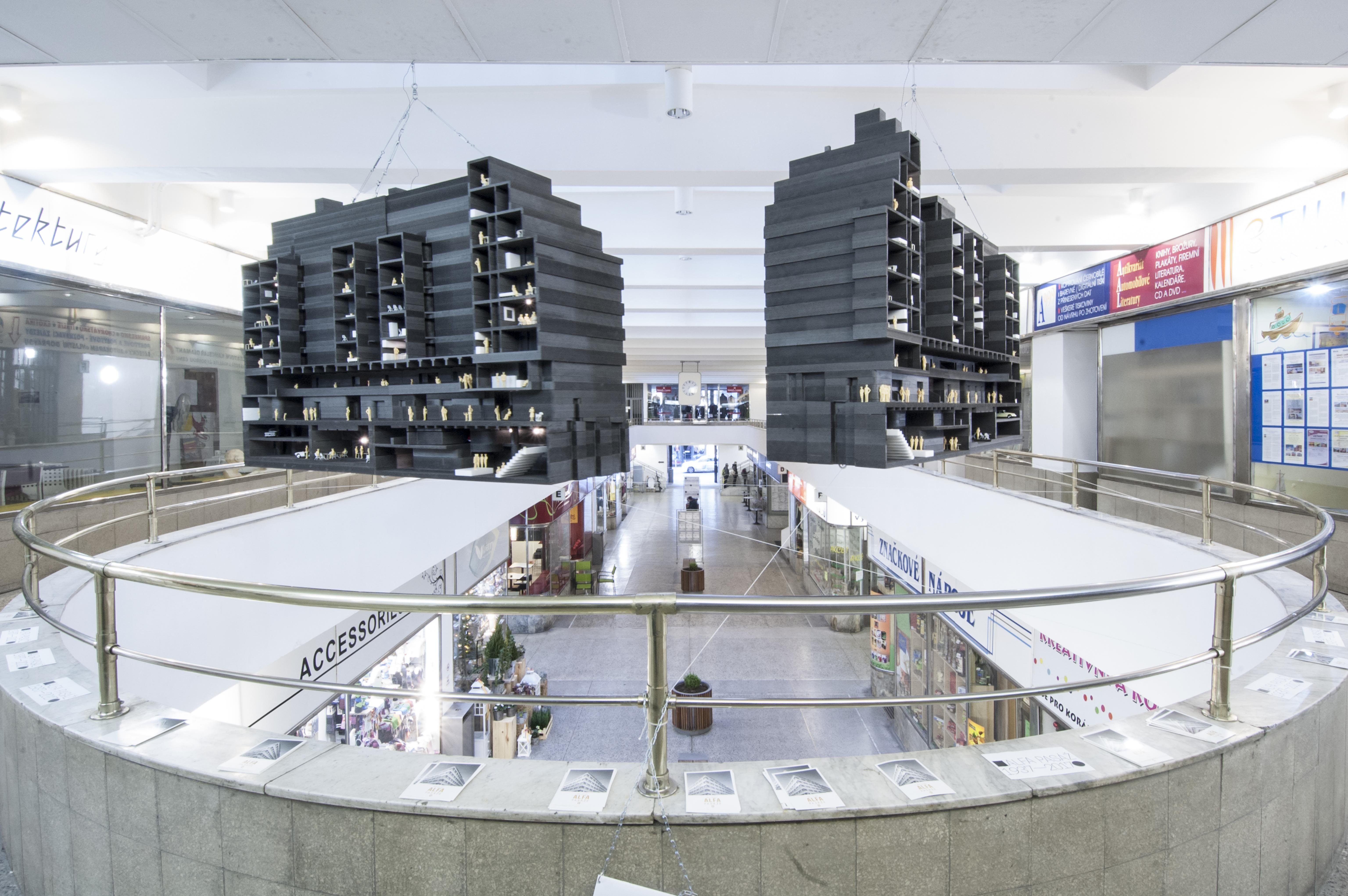 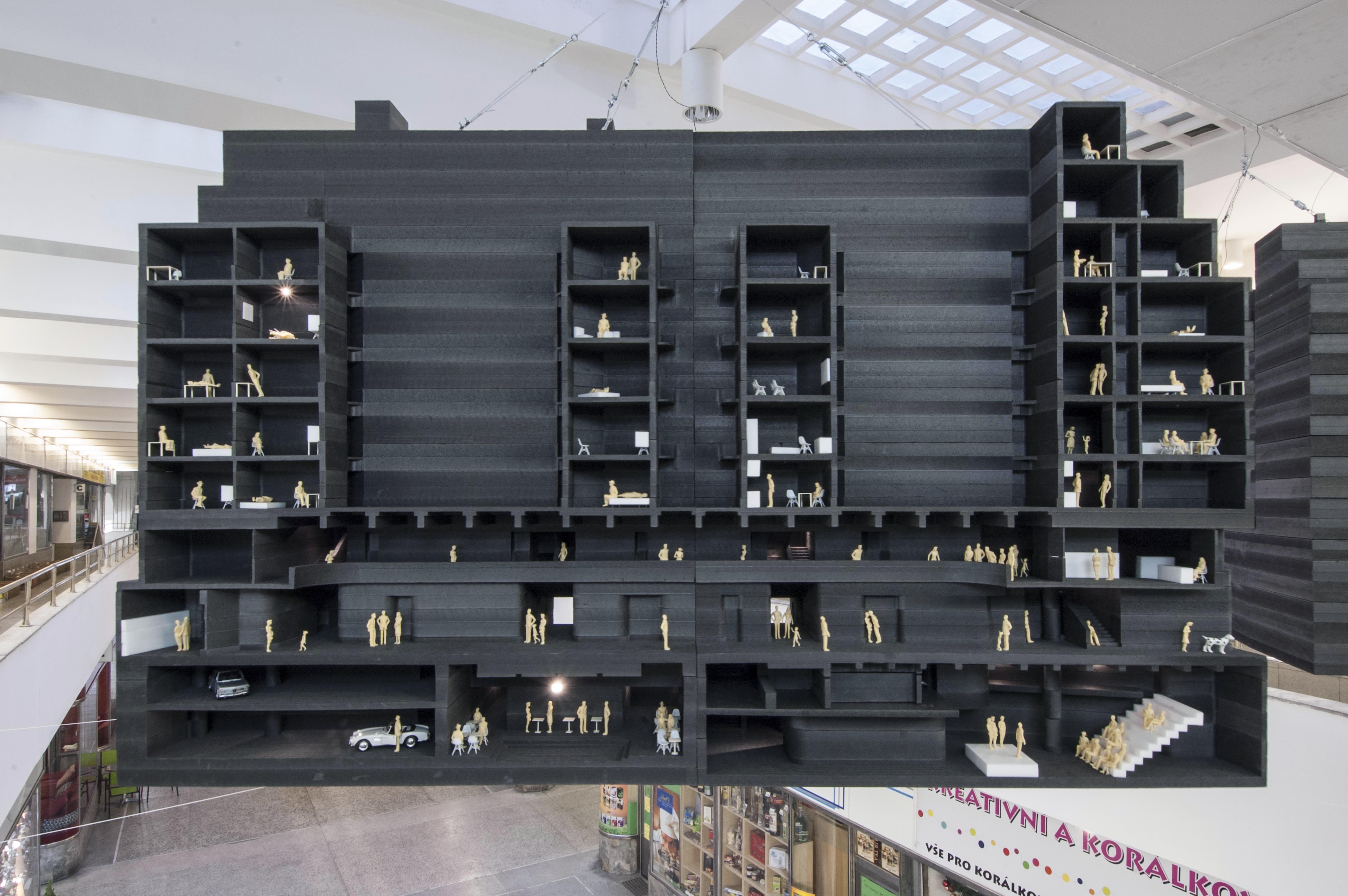 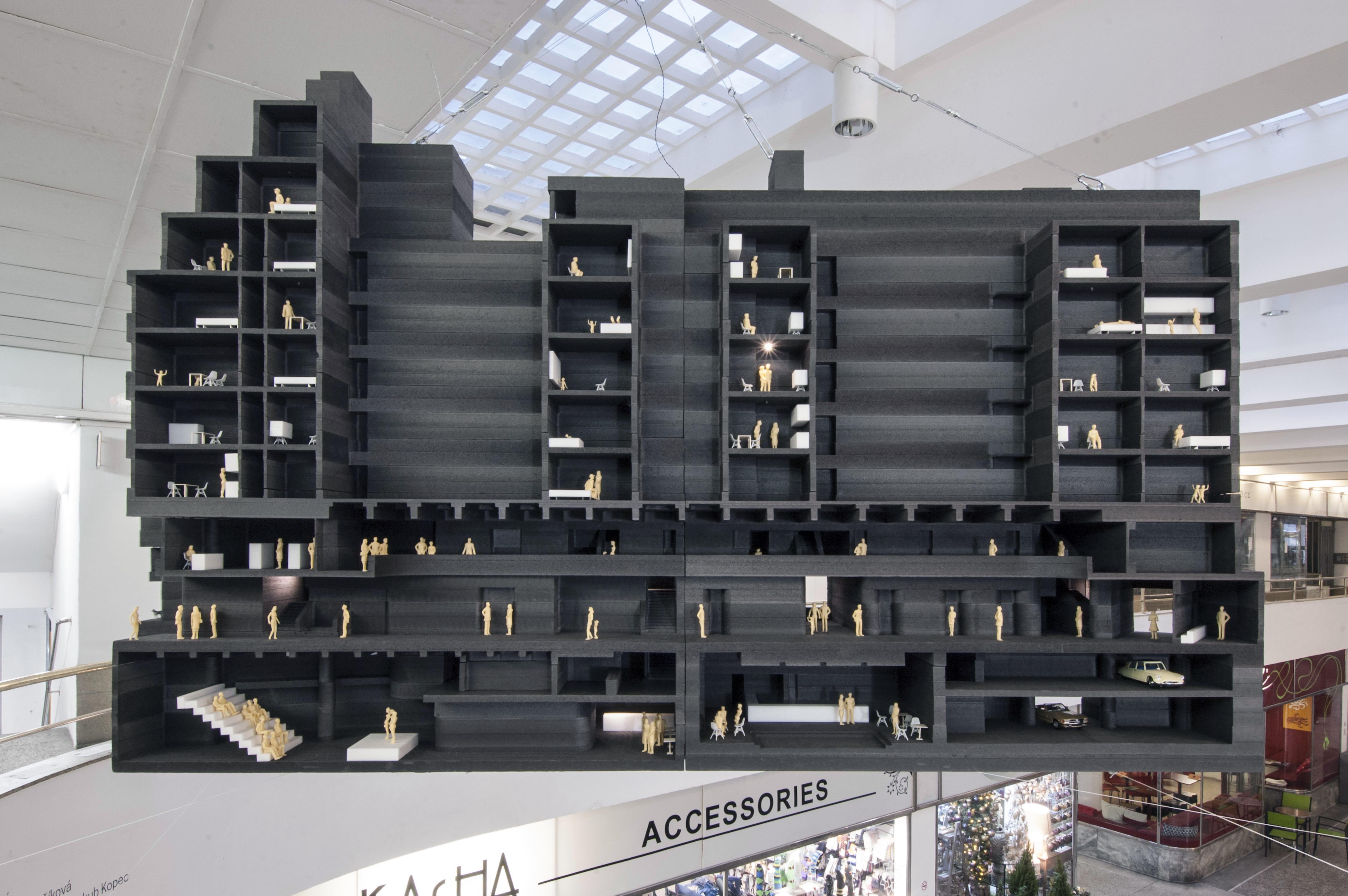 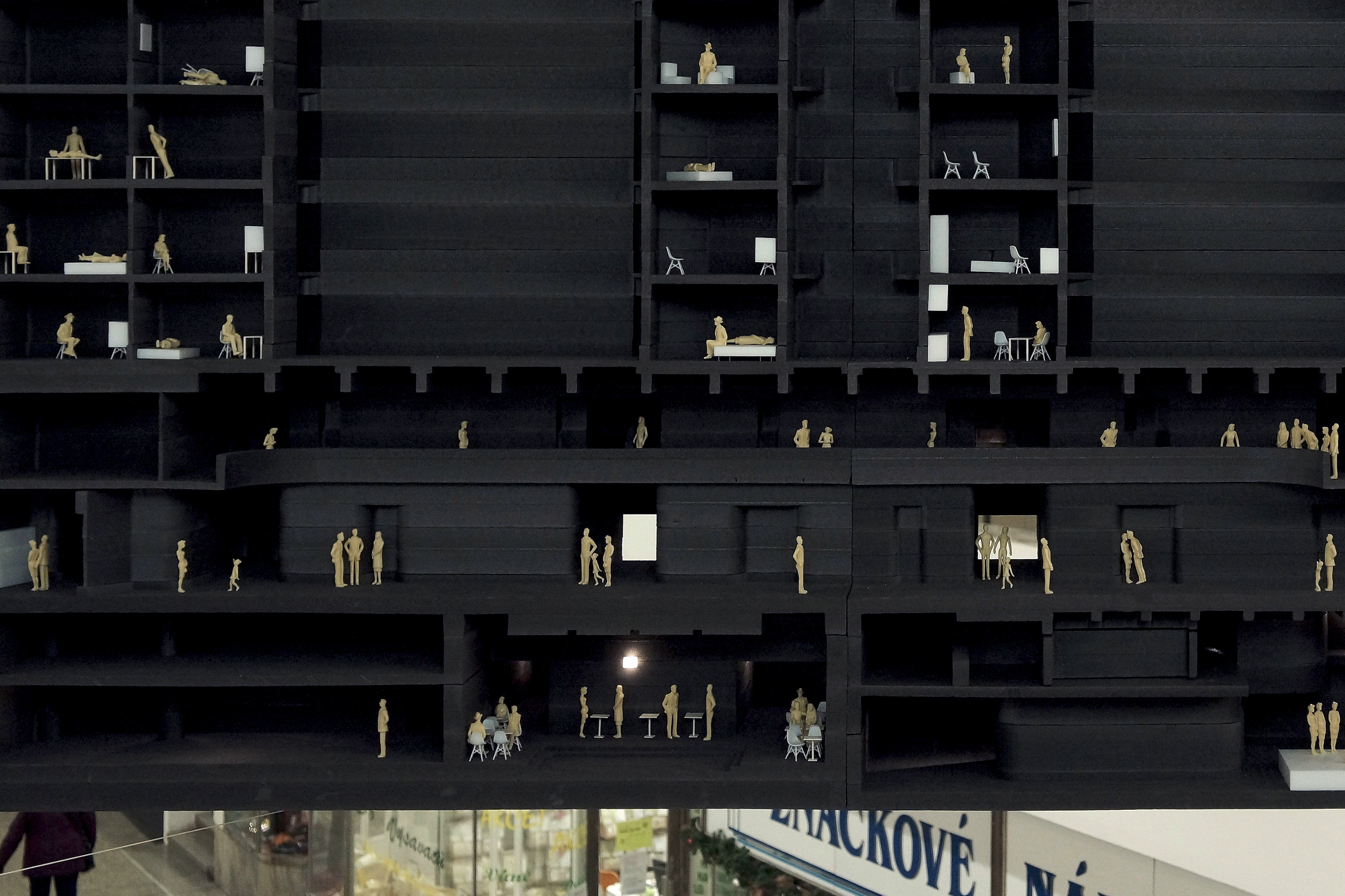 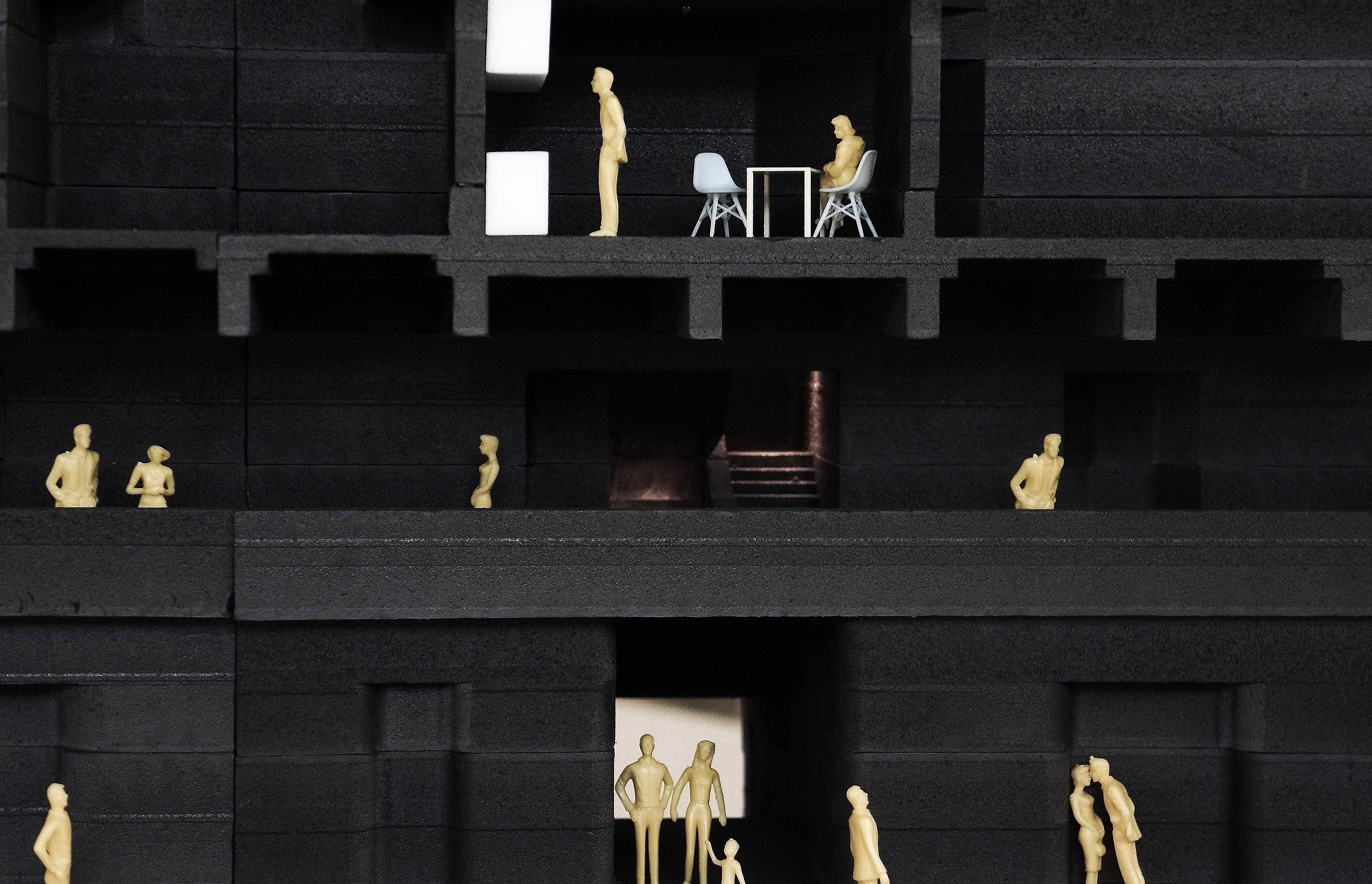 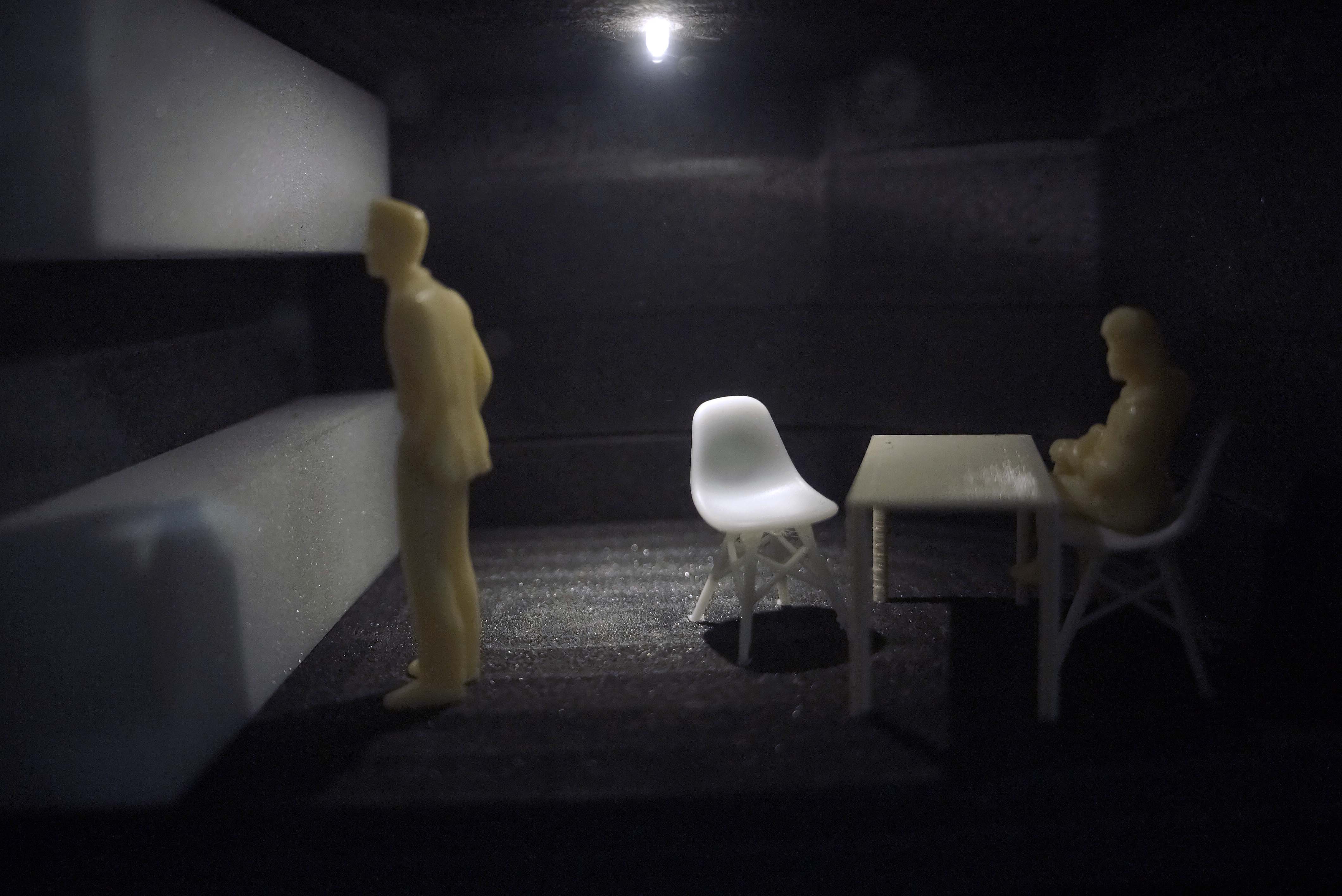 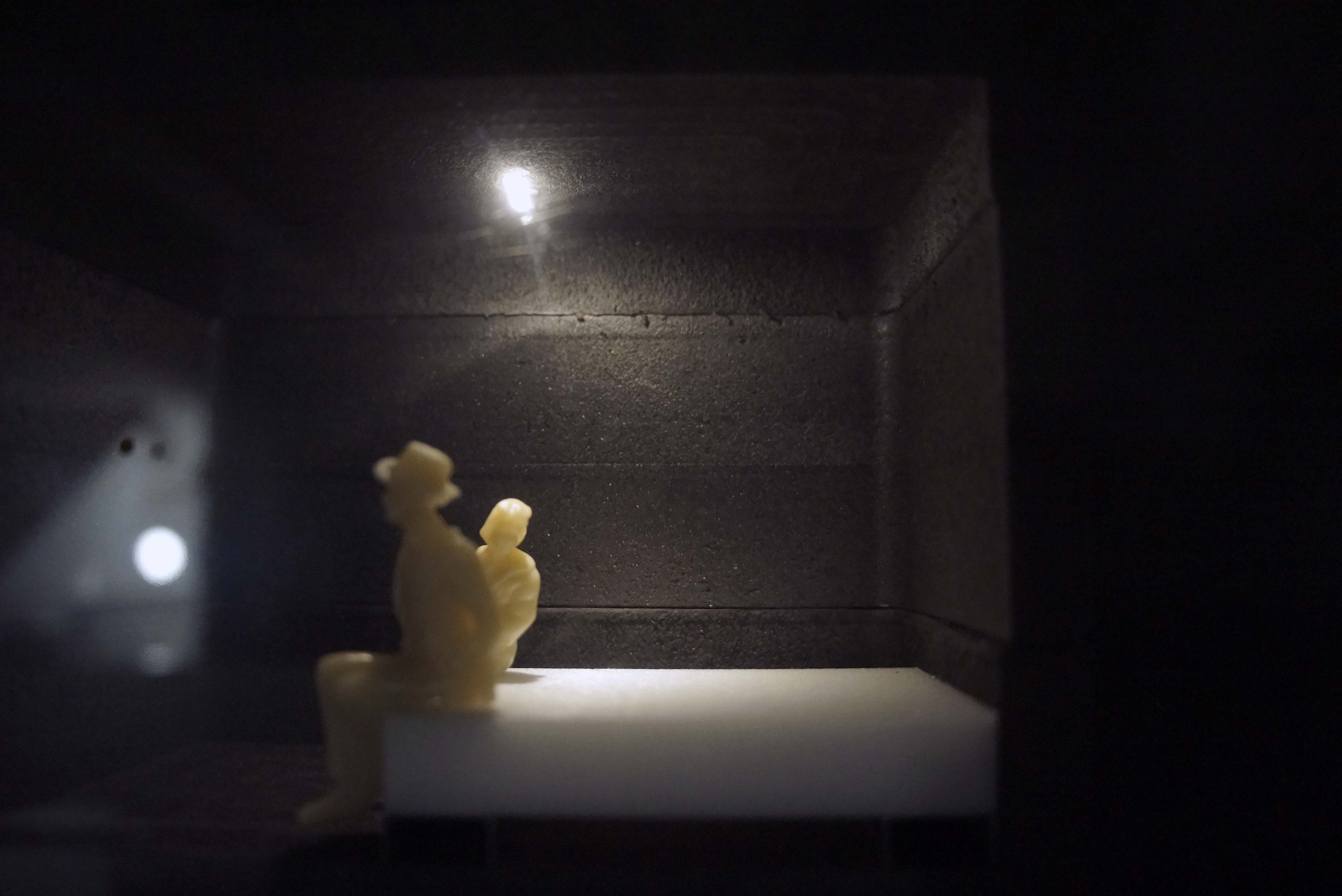 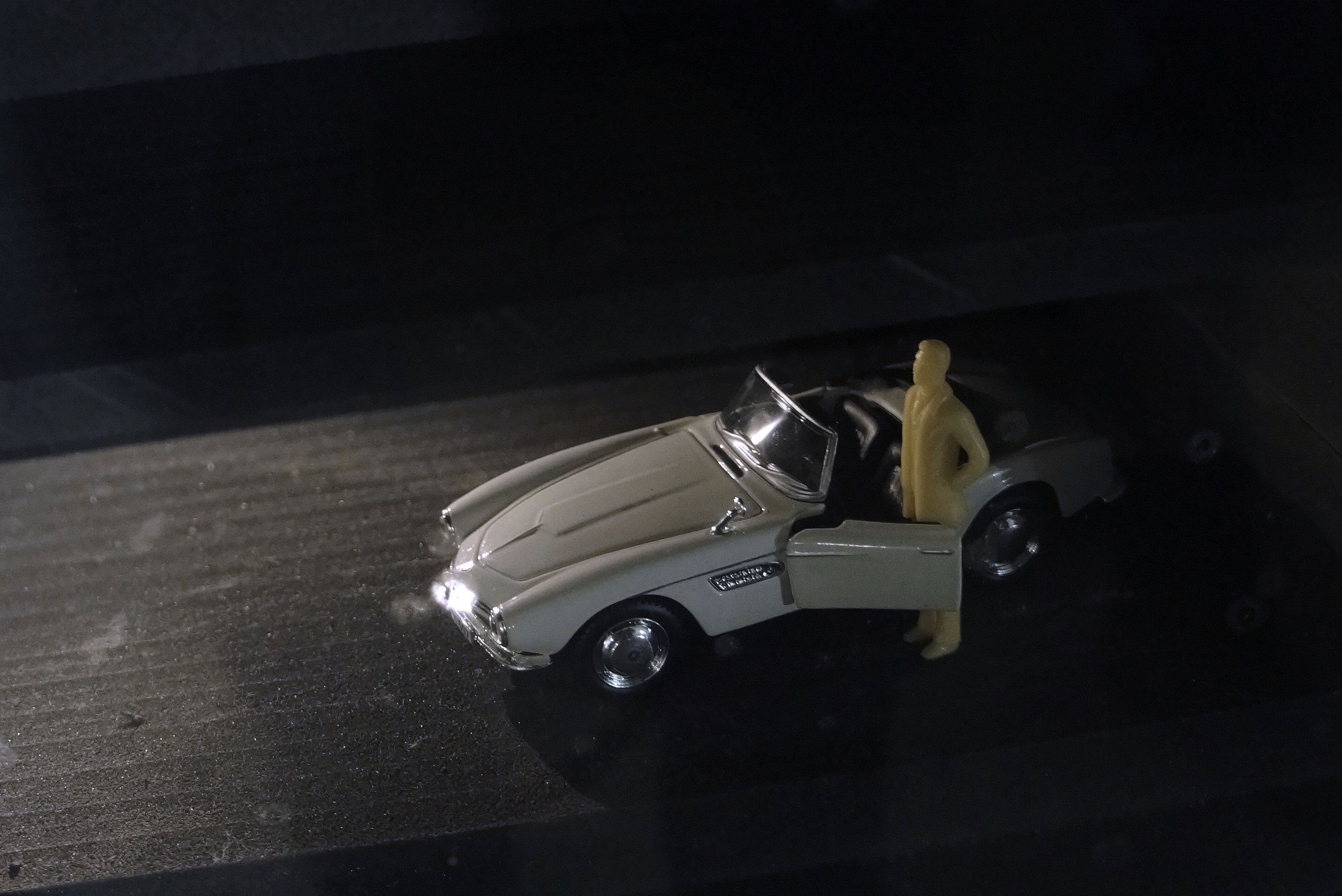 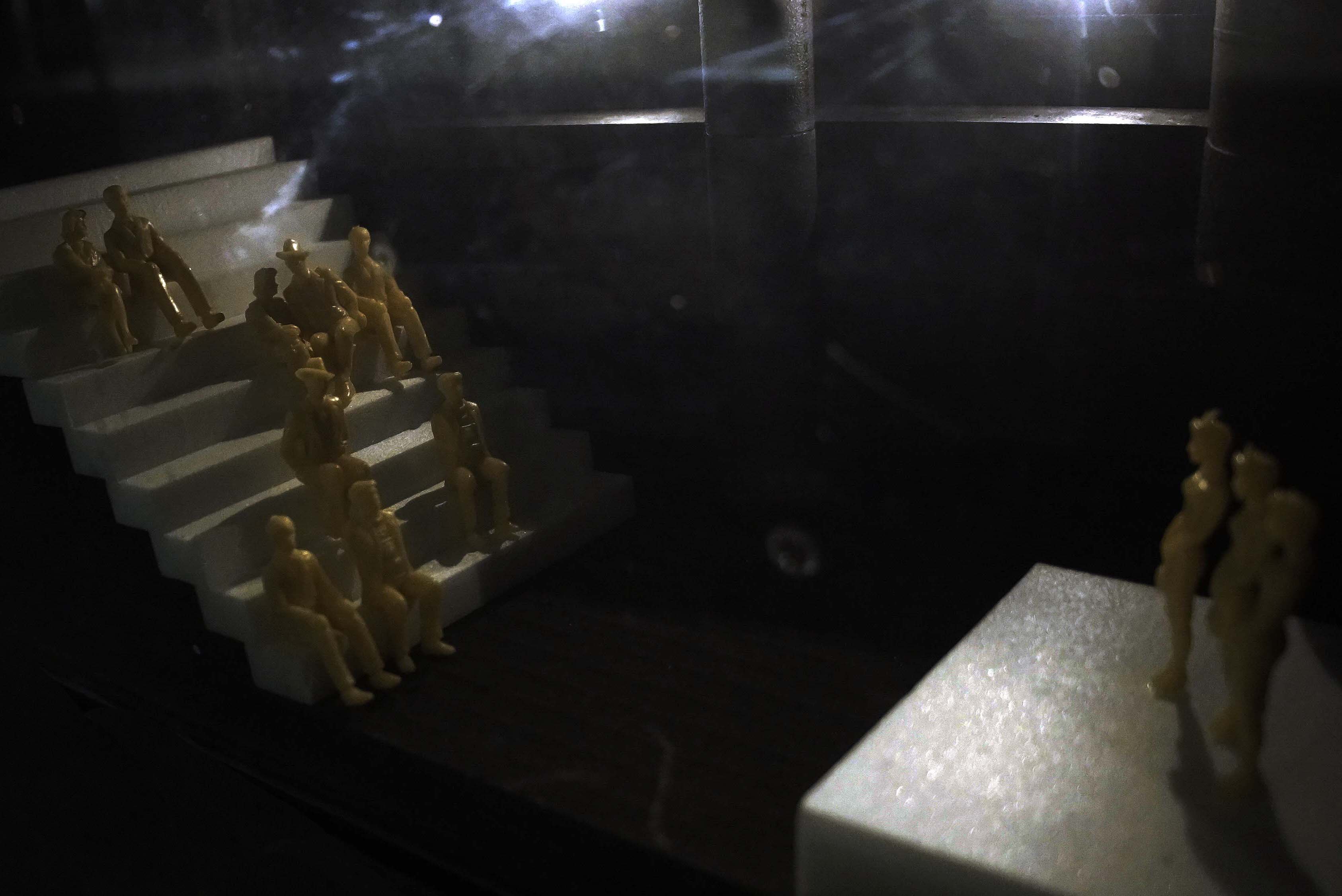 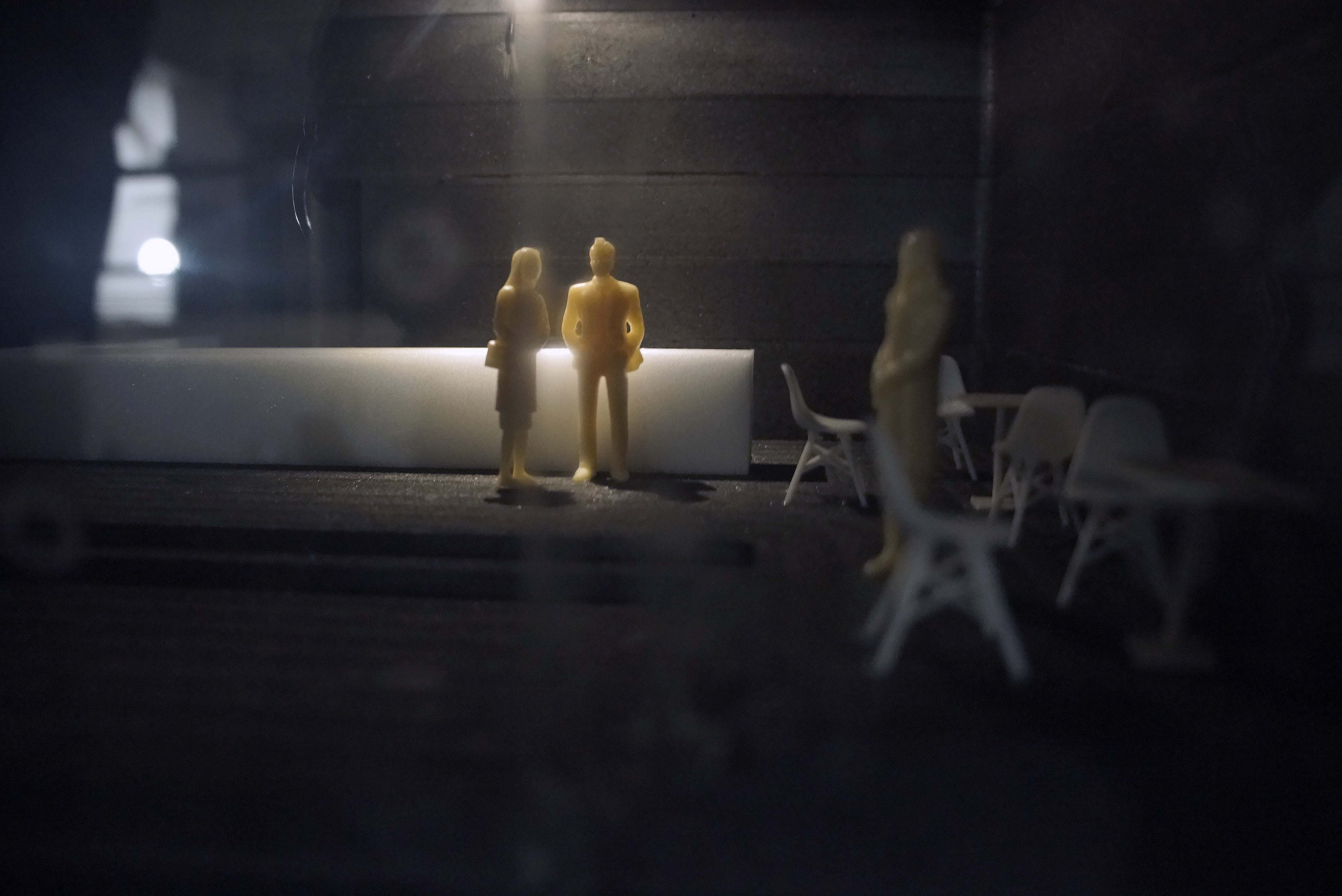