Space Is the Place

According to Bergson, we do not find things and places in the space, but space in things and places. We found the space of Filko's Cosmos and started operating with it further. We complicate the ideal central space. When we turn one of its inlet openings upside down, stretch it and glue it to the other, we get a two-dimensional geometric shape - a Klein bottle. This variety has specific properties compared to the initial shape. Its surface is reversibly continuous, and it is not clear which of its sides is the back side and which one is the front. In order to retain its topological properties during subsequent transformations, it must remain continuous. In this way, by further stretching and shrinking, we adapted our new topological space to the space of the entrance to the Central Slovakian Gallery, a former Maßhaus. The installation fills it and at the same time it creates its continuation, which curls up into itself. It is soft, inflatable like Filko's Cosmos, but it also contains many other references. It refers to Kiesler and his endless house, to the spaces of soft radical architecture of the 1960s and 1970s, but also to the digital spaces of the turn of the 20th and 21st centuries. To avoid excessive perfection of the new object, or, conversely, tackiness of the product, we problematize the installation again. Its surface is covered with a grid, which is based on the geometry of the object and at the same time it allows us to further its optical transformation. In order for the grid to maintain its continuity as well as the entire object, we can further stretch or contract it, but we should not break it. In this way, the grid responds to selected points of the space that carry different charges. In the end, Čumlivski reacts uncontrollably to this process of a computer-controlled topological transformation, using the surface of the object as an outline for graphic intervention. Demeter follows him and denies him. 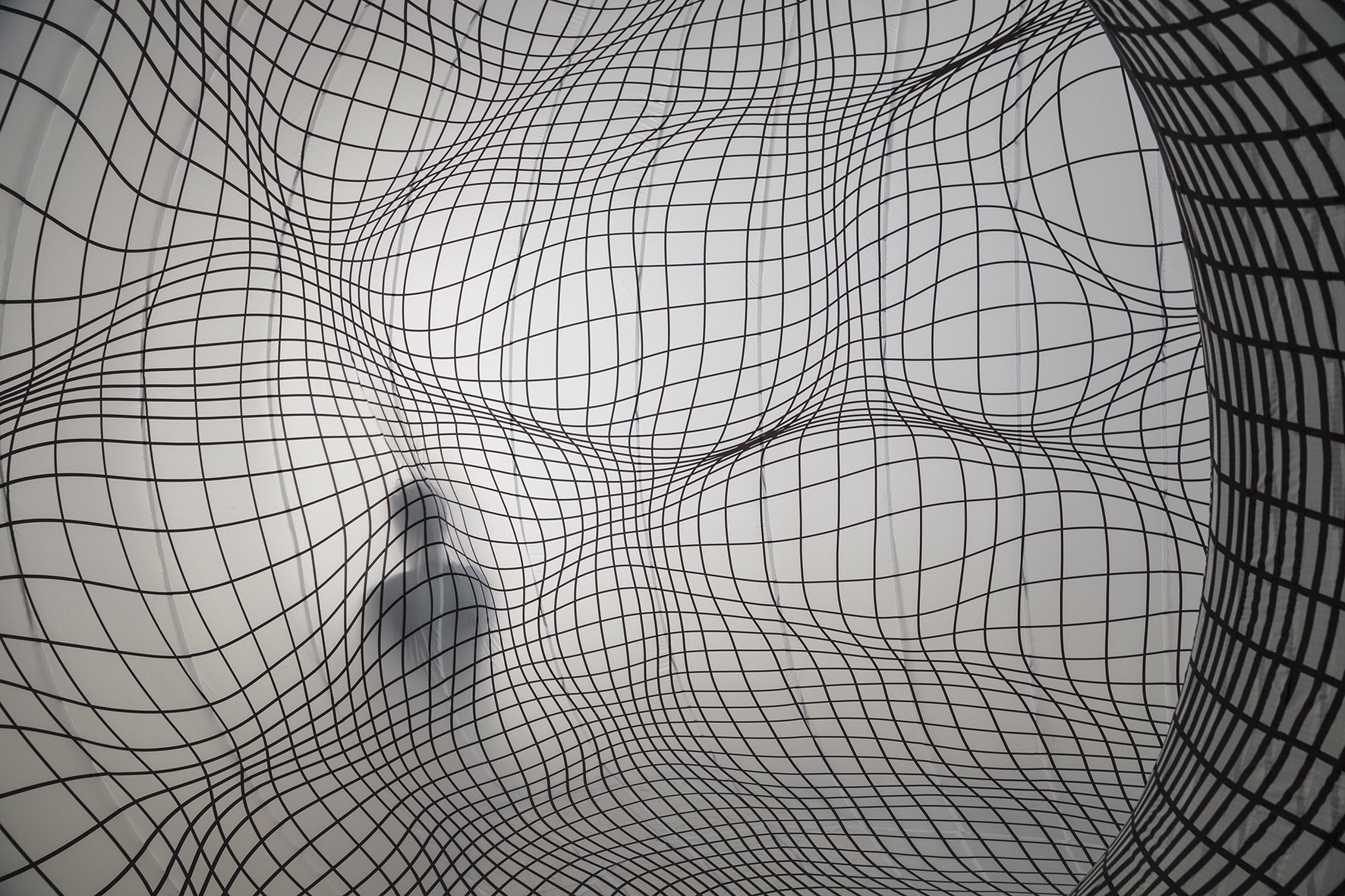 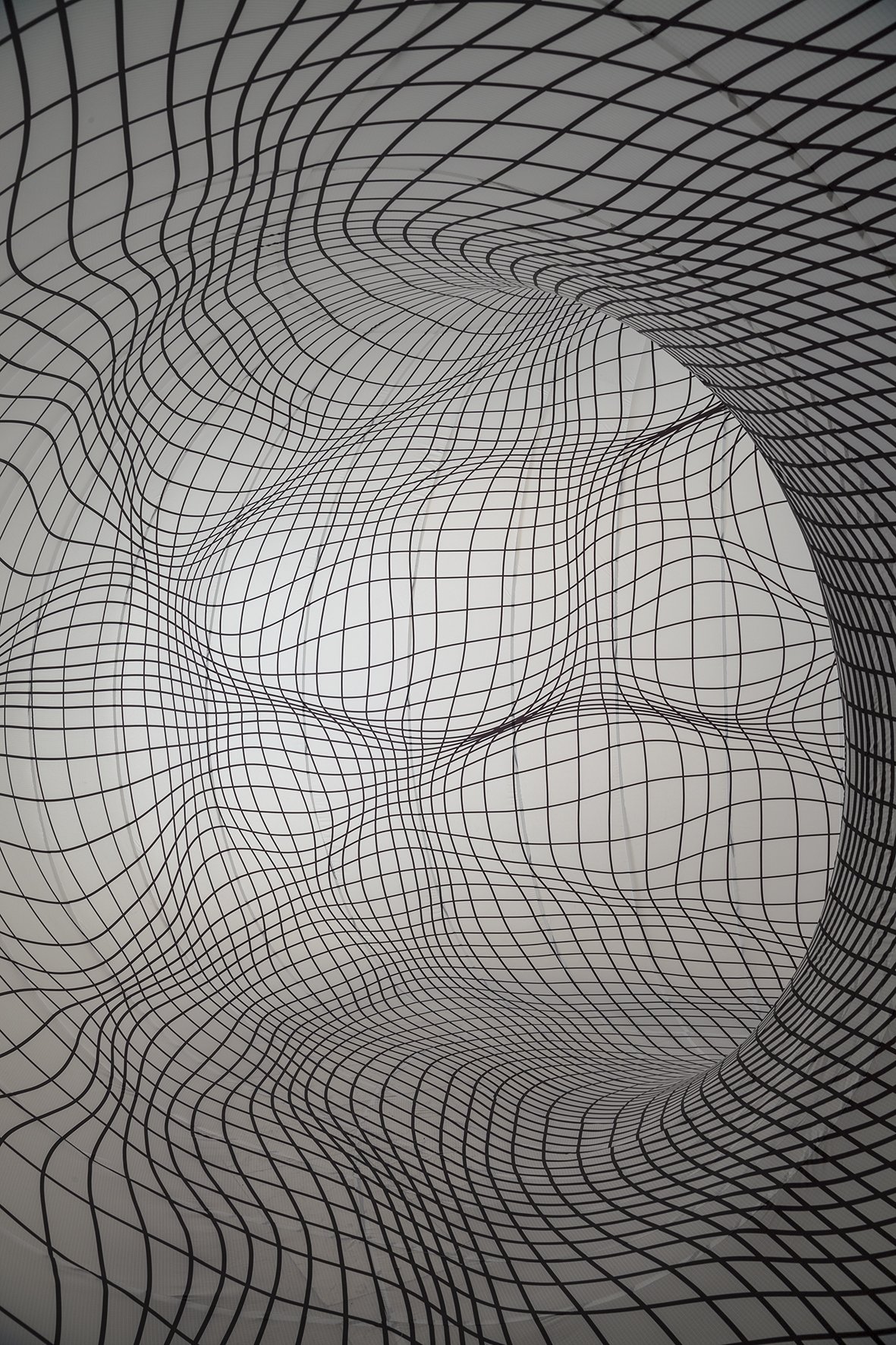 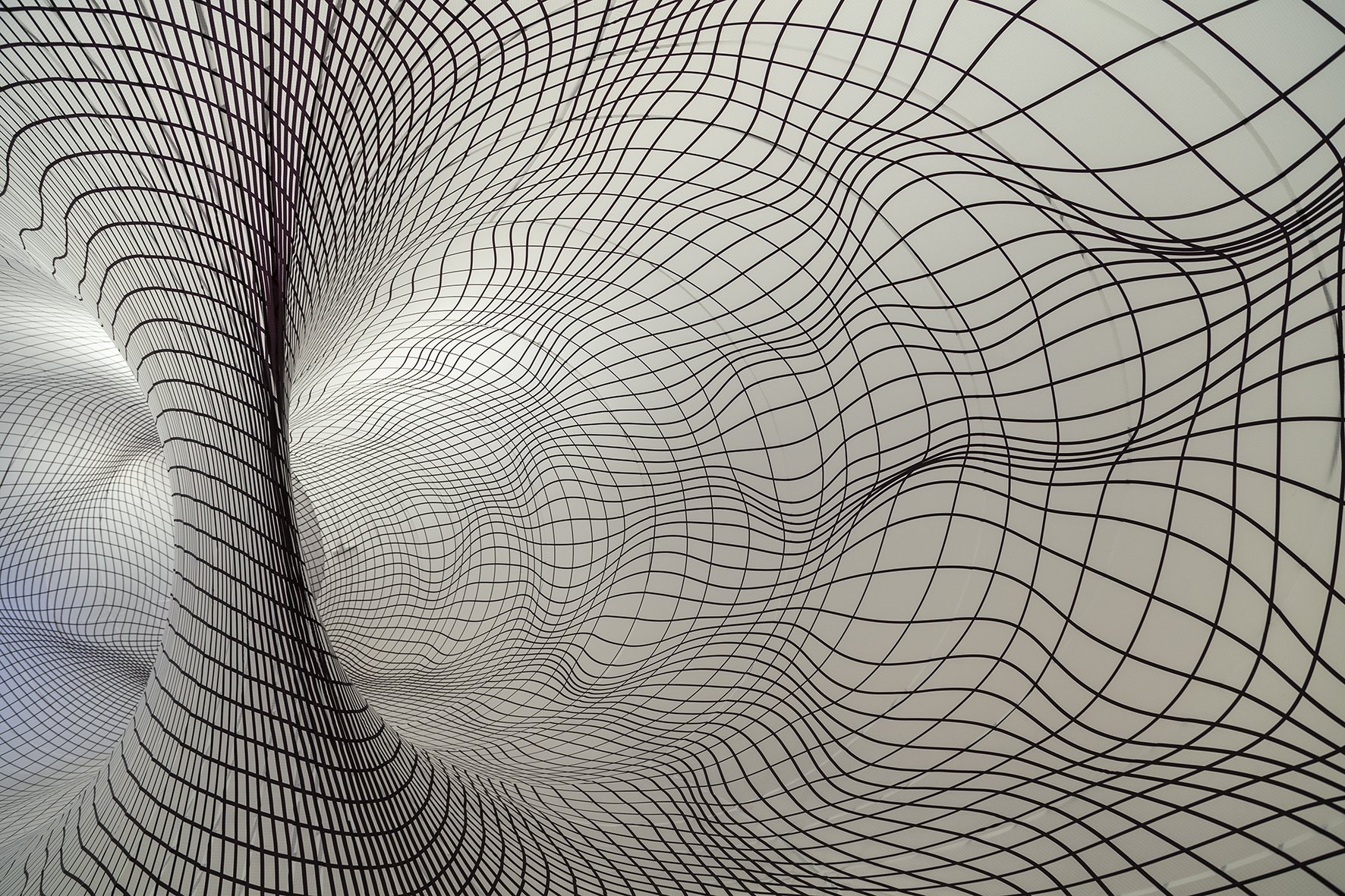 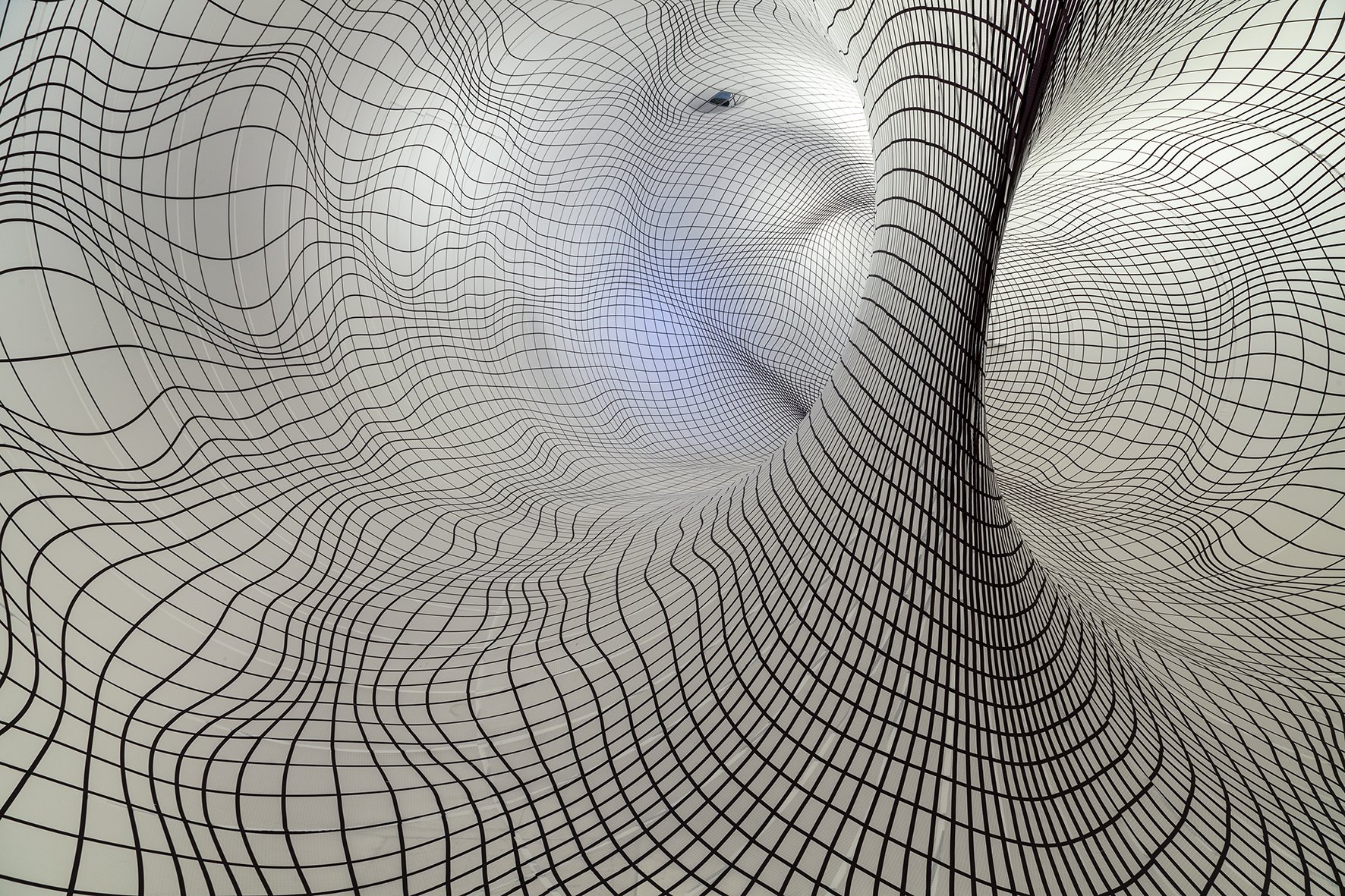 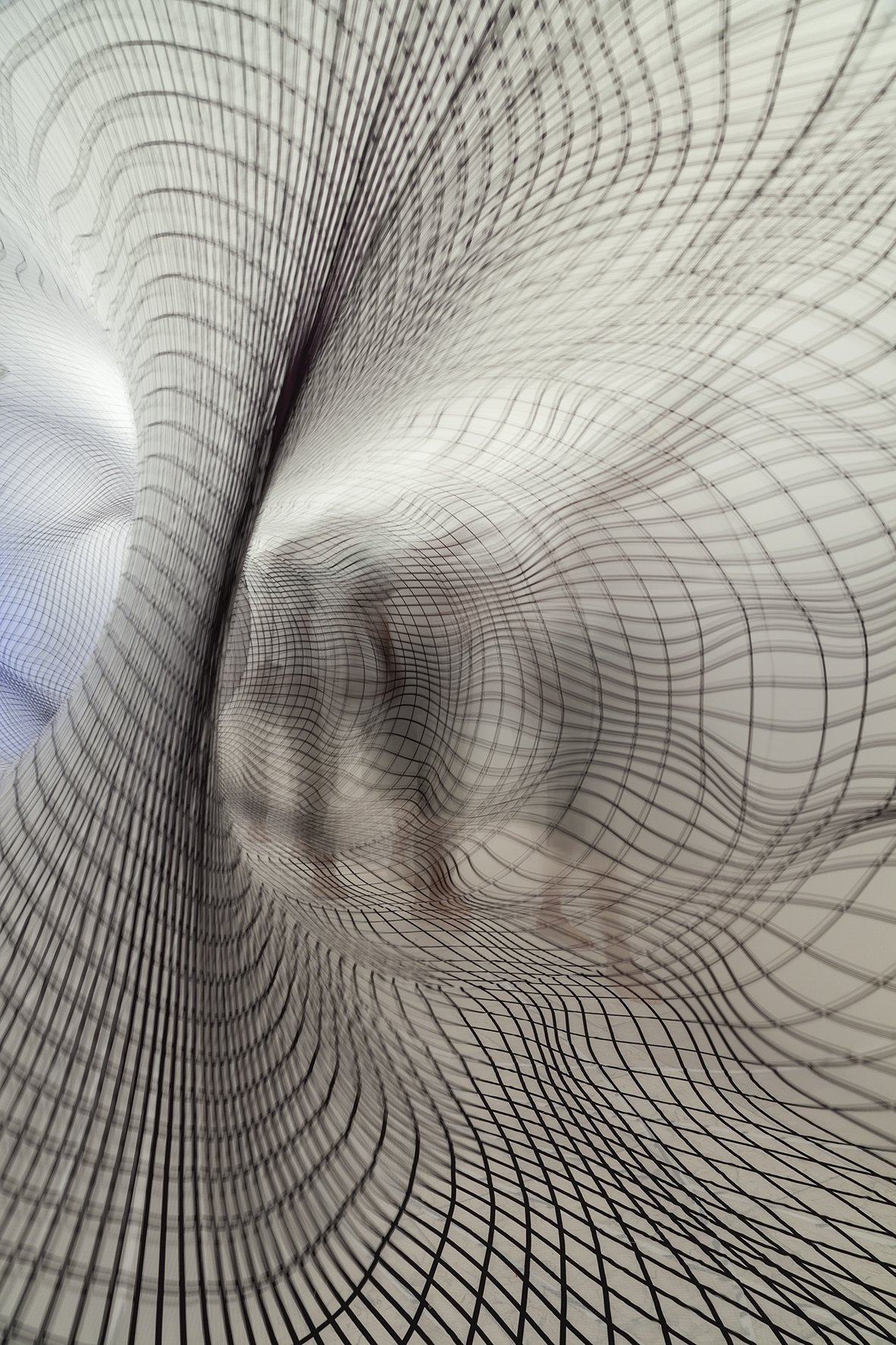 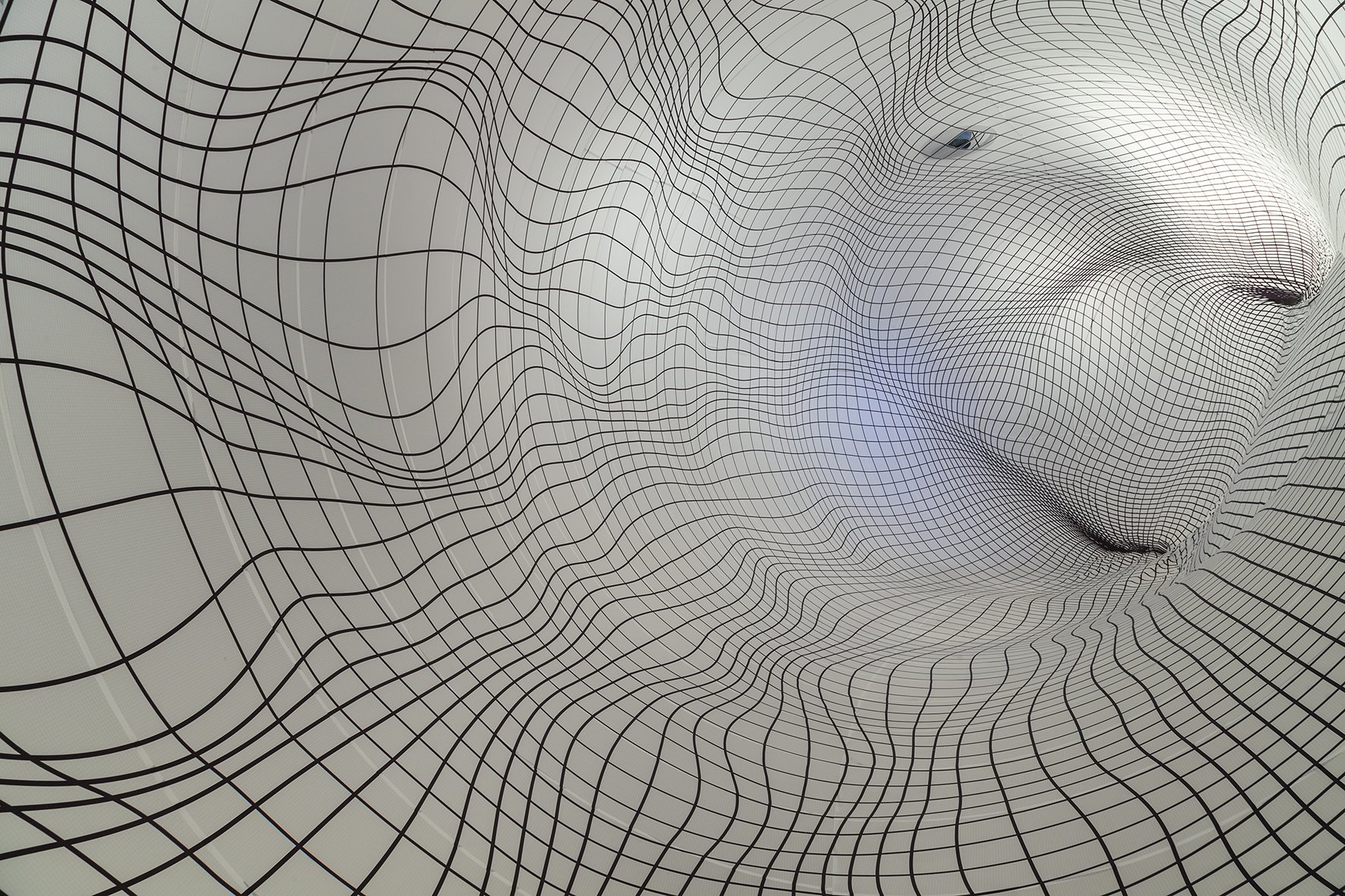 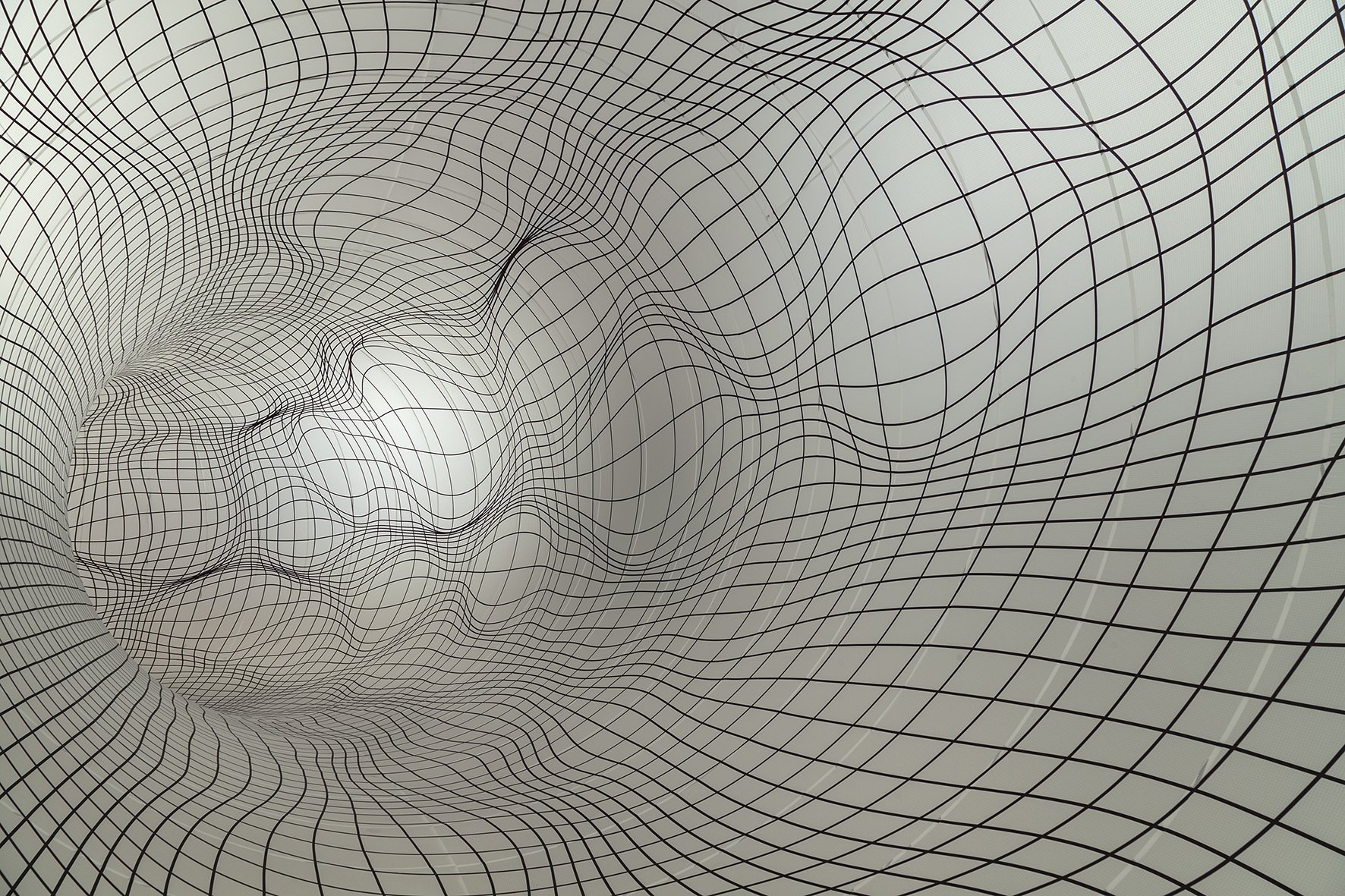 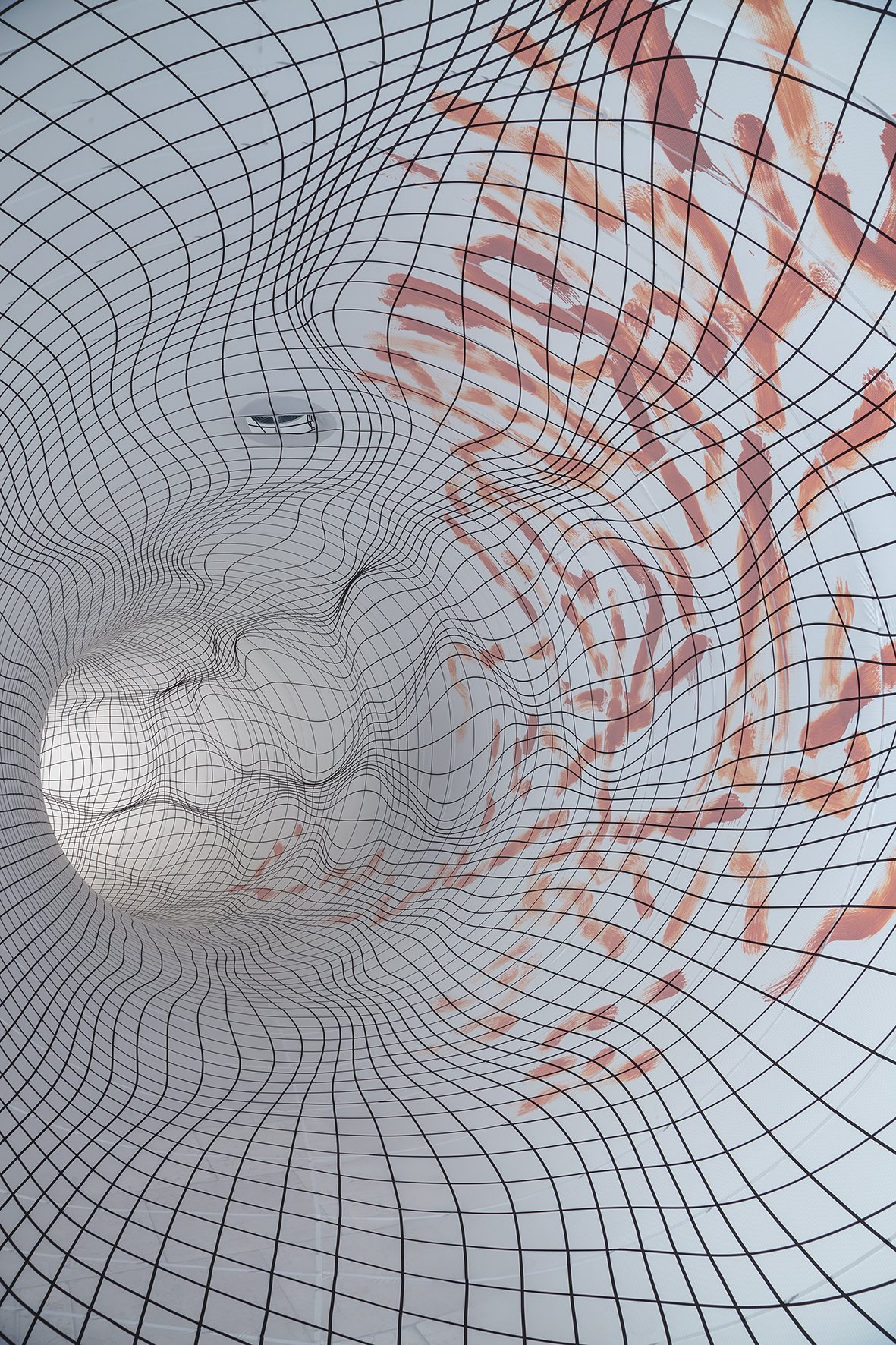 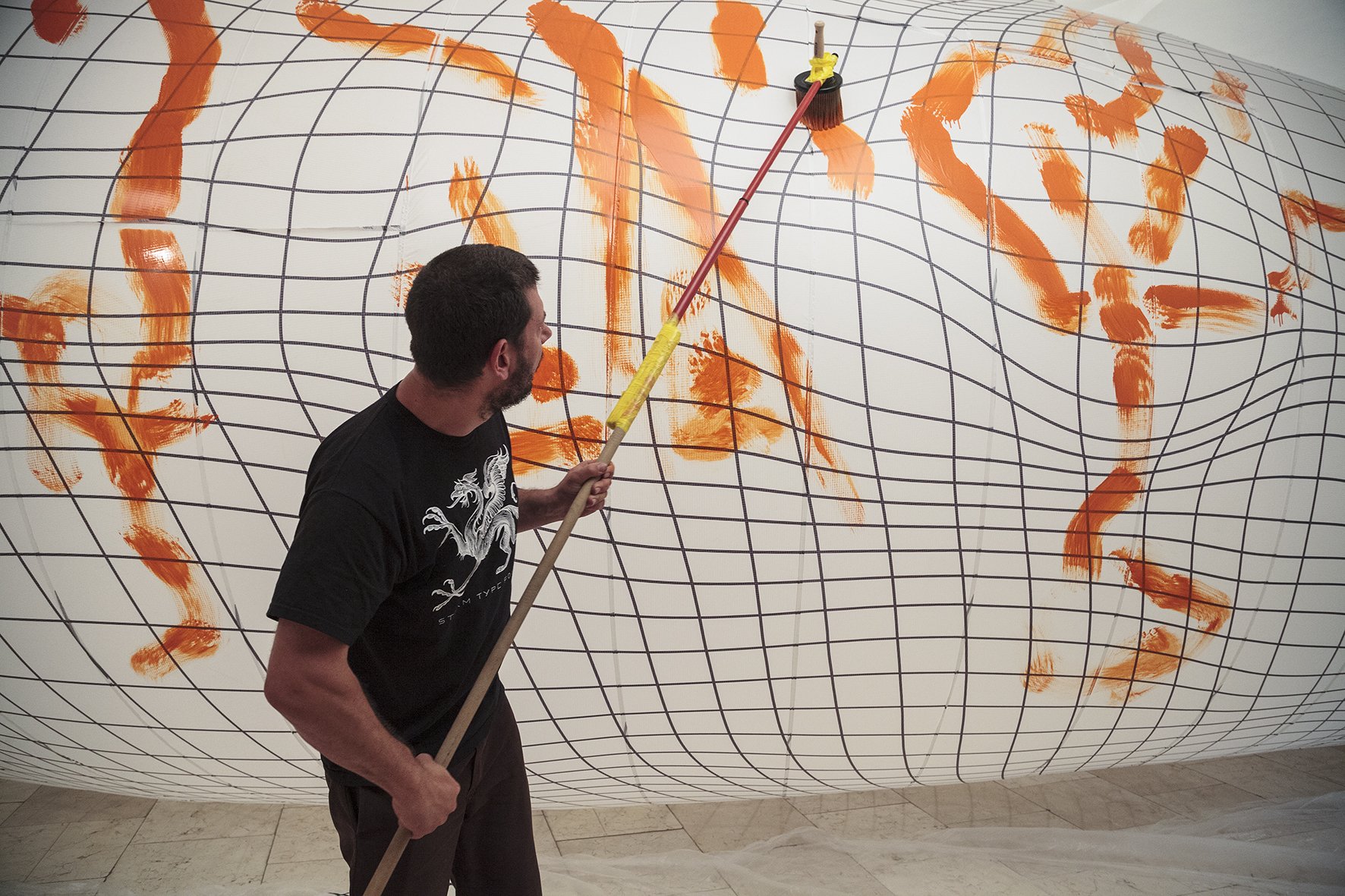 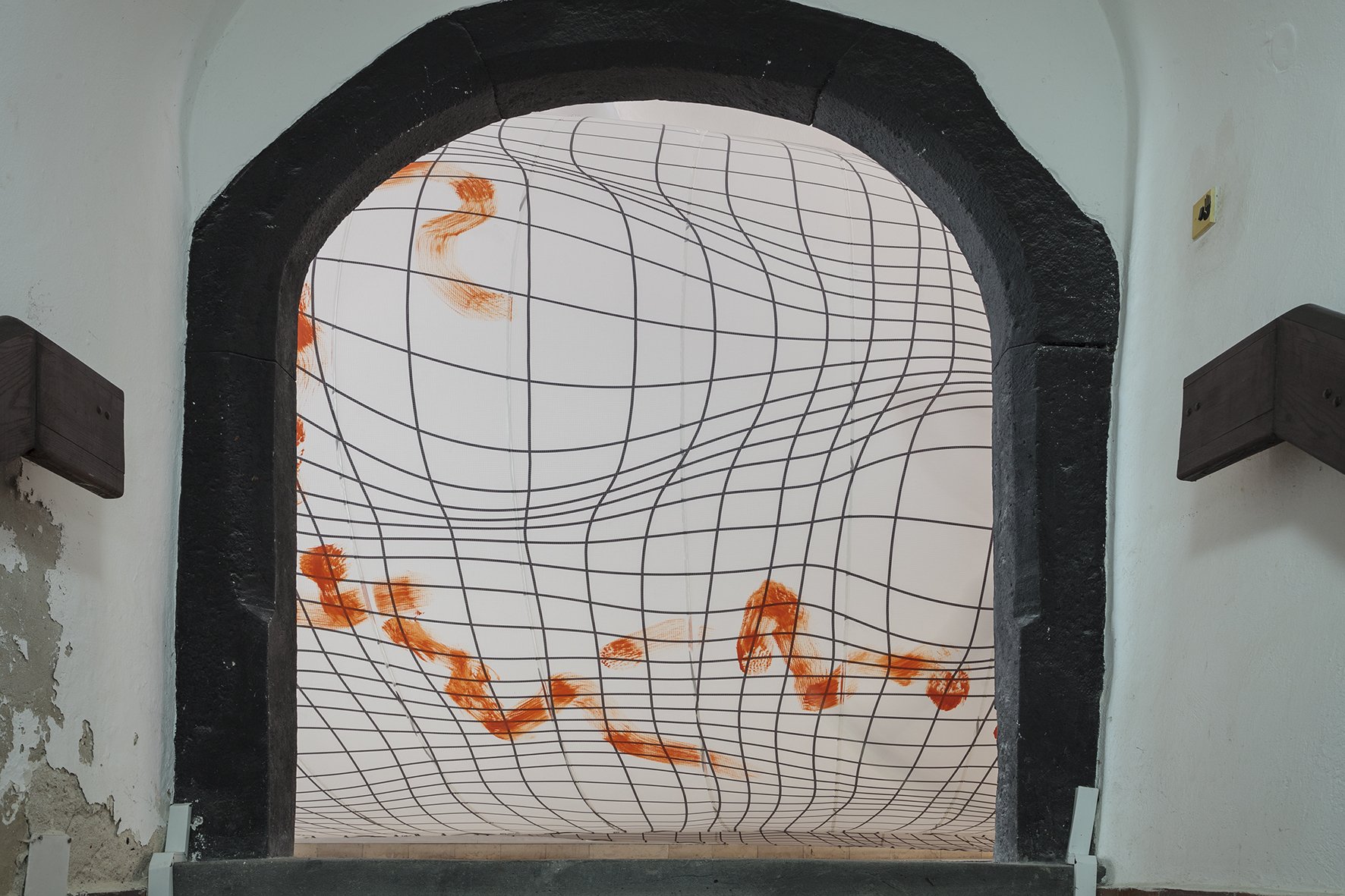 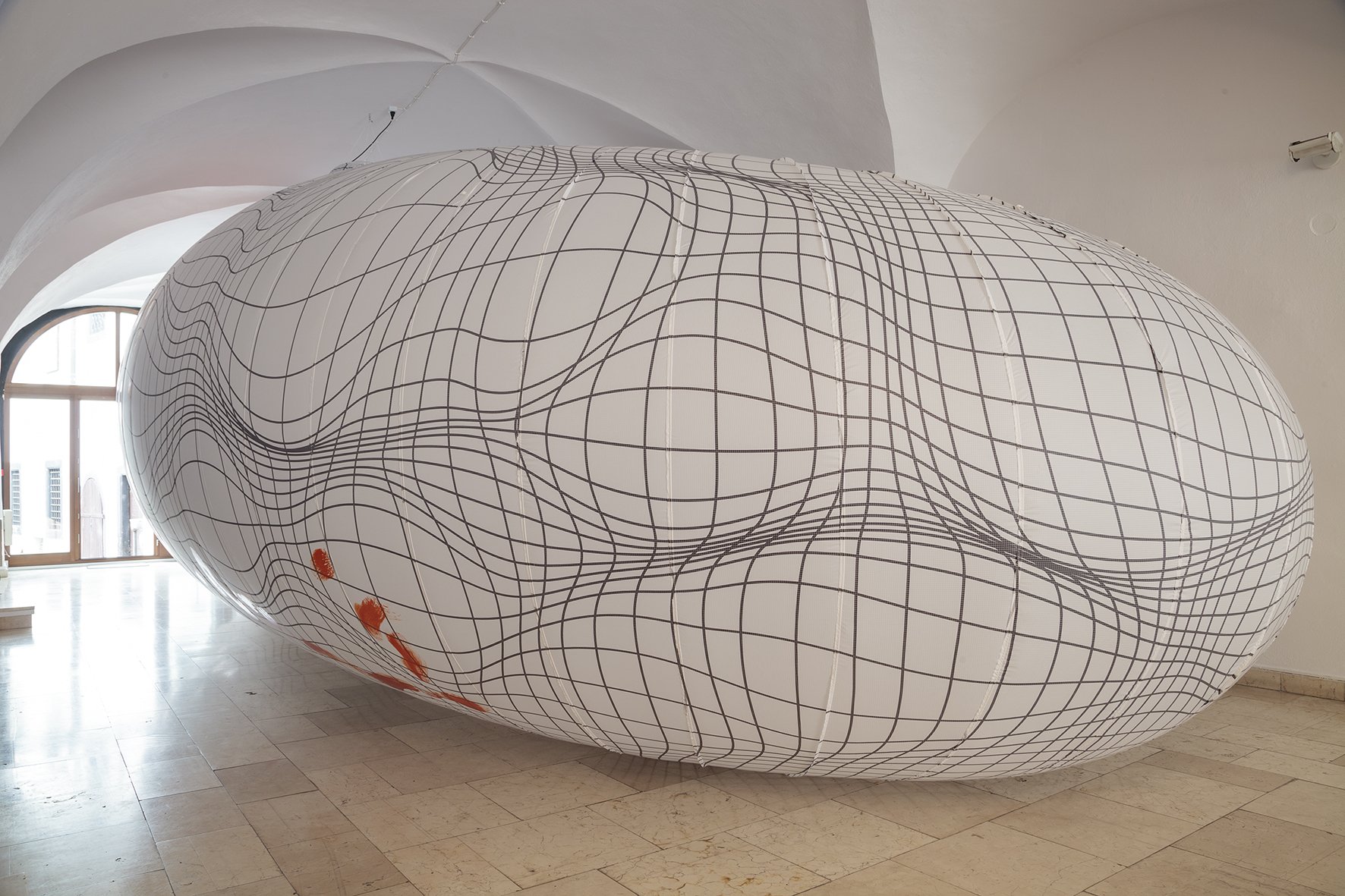 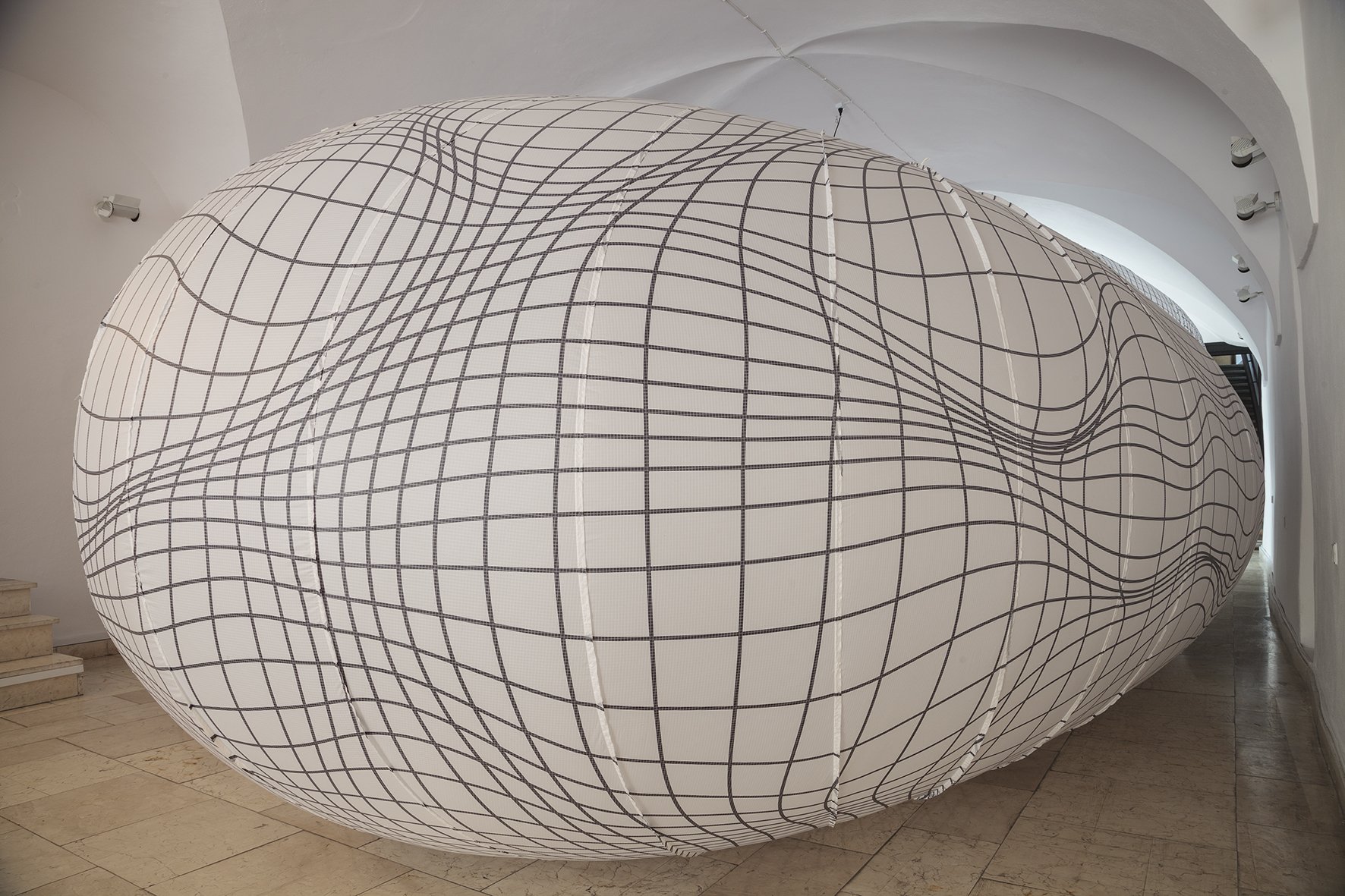 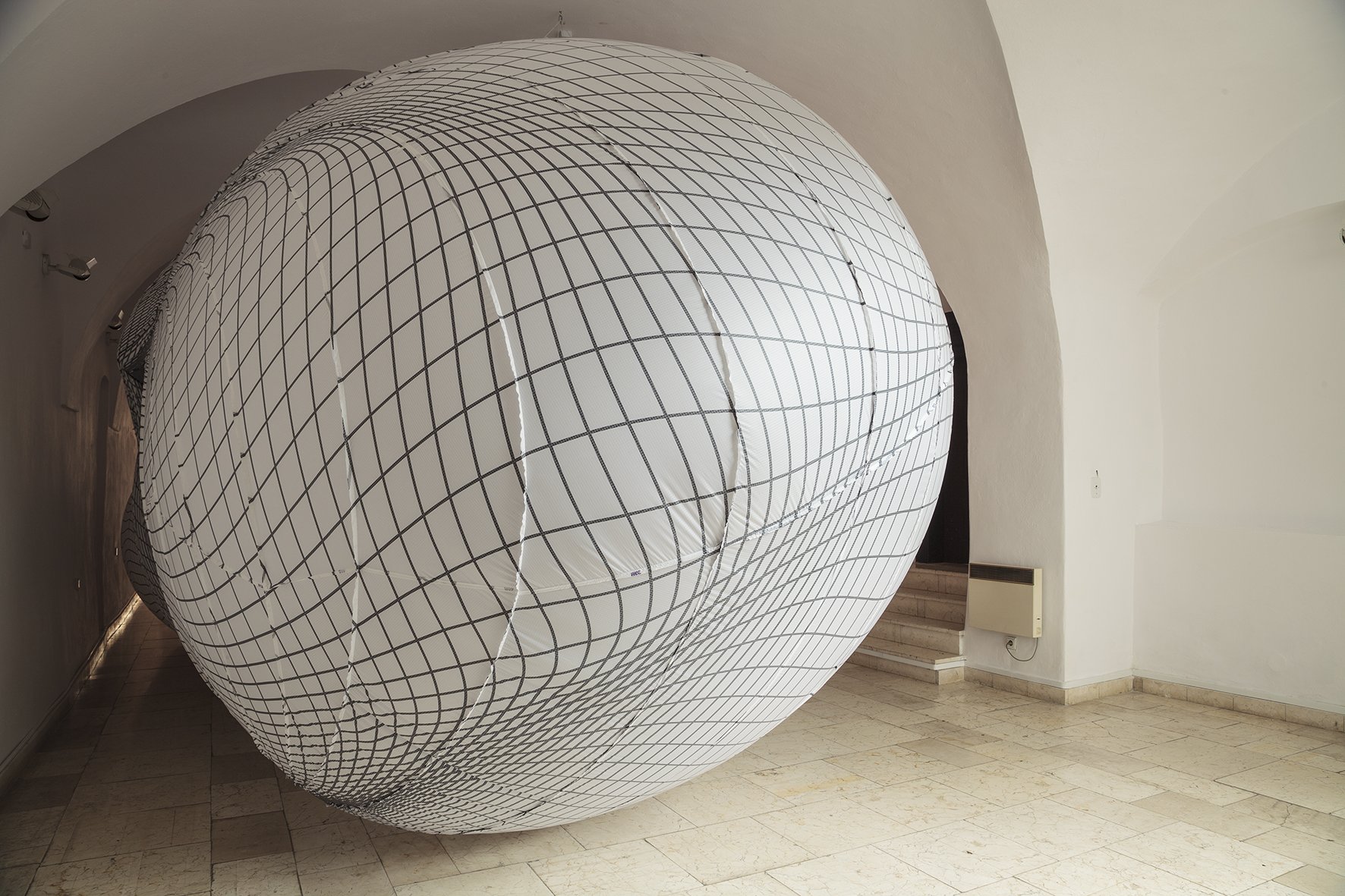 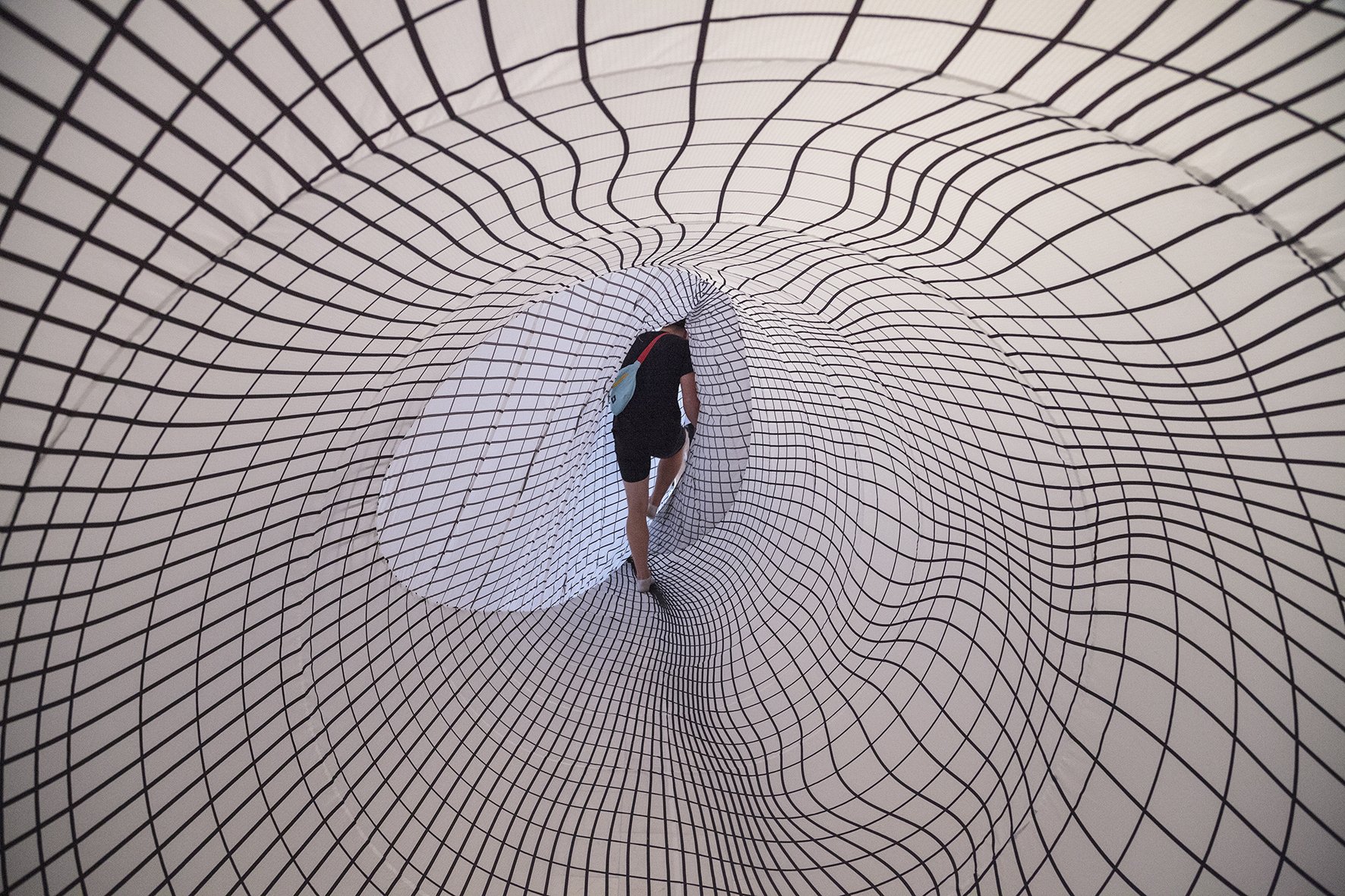 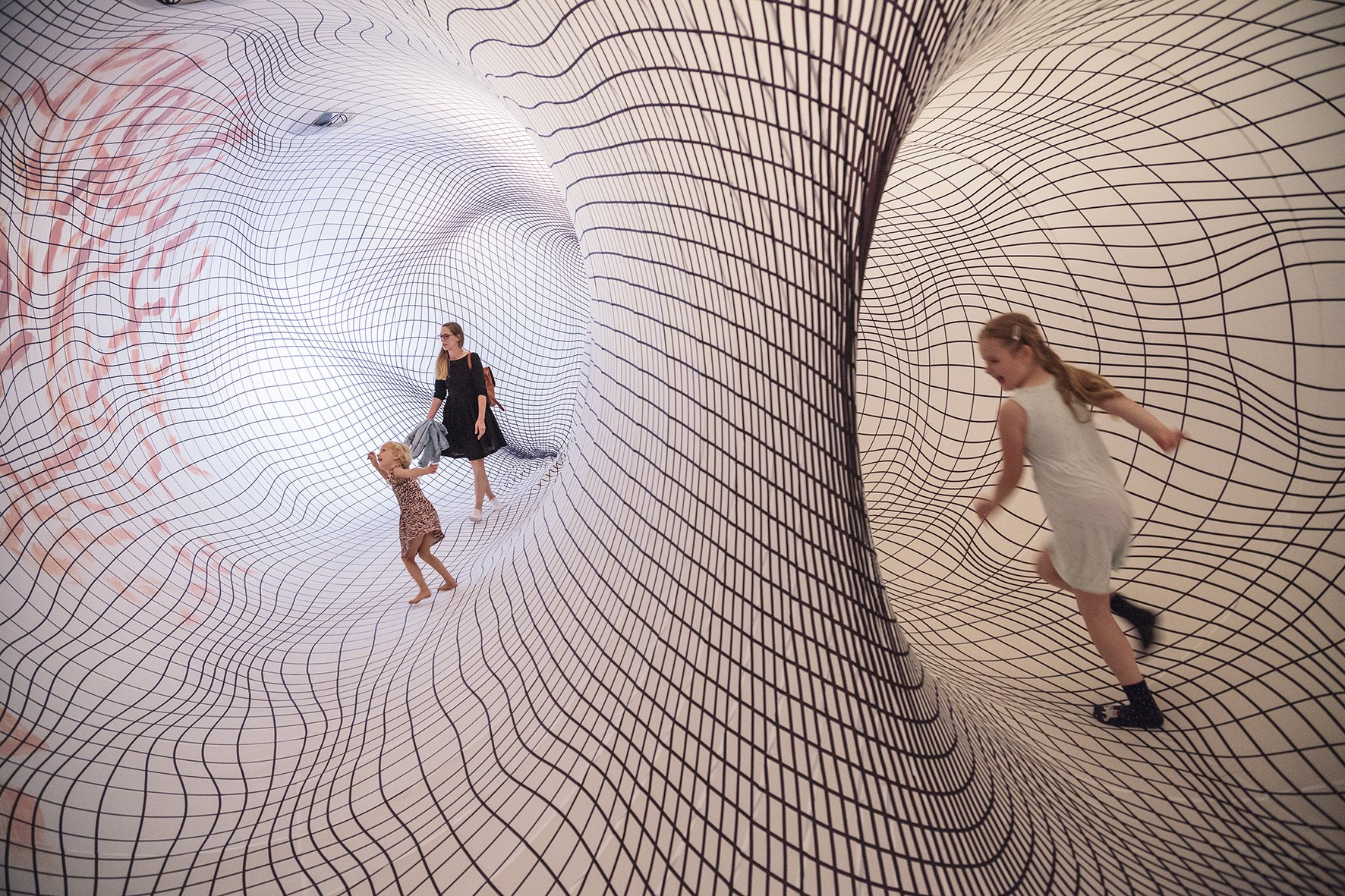 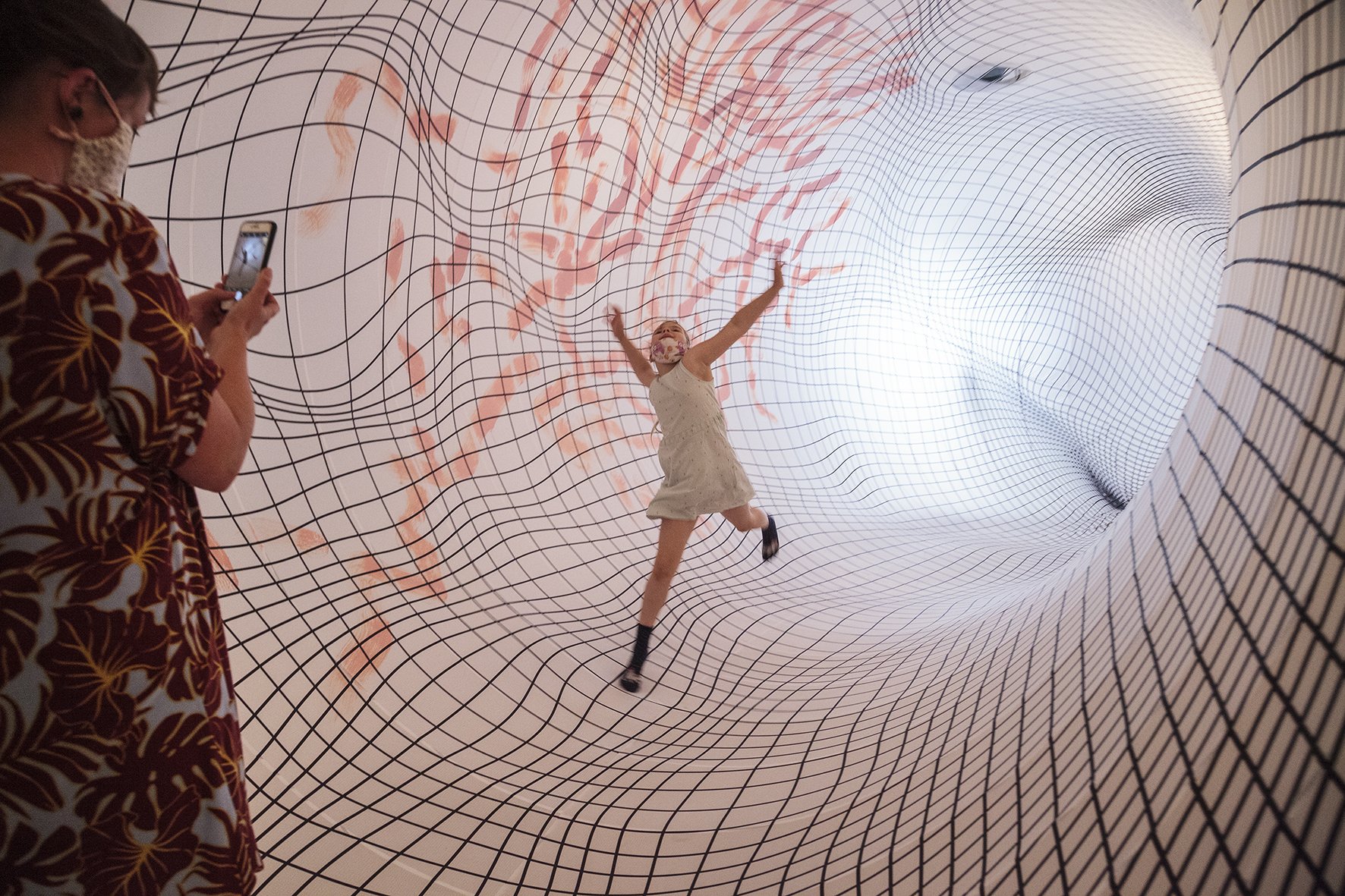 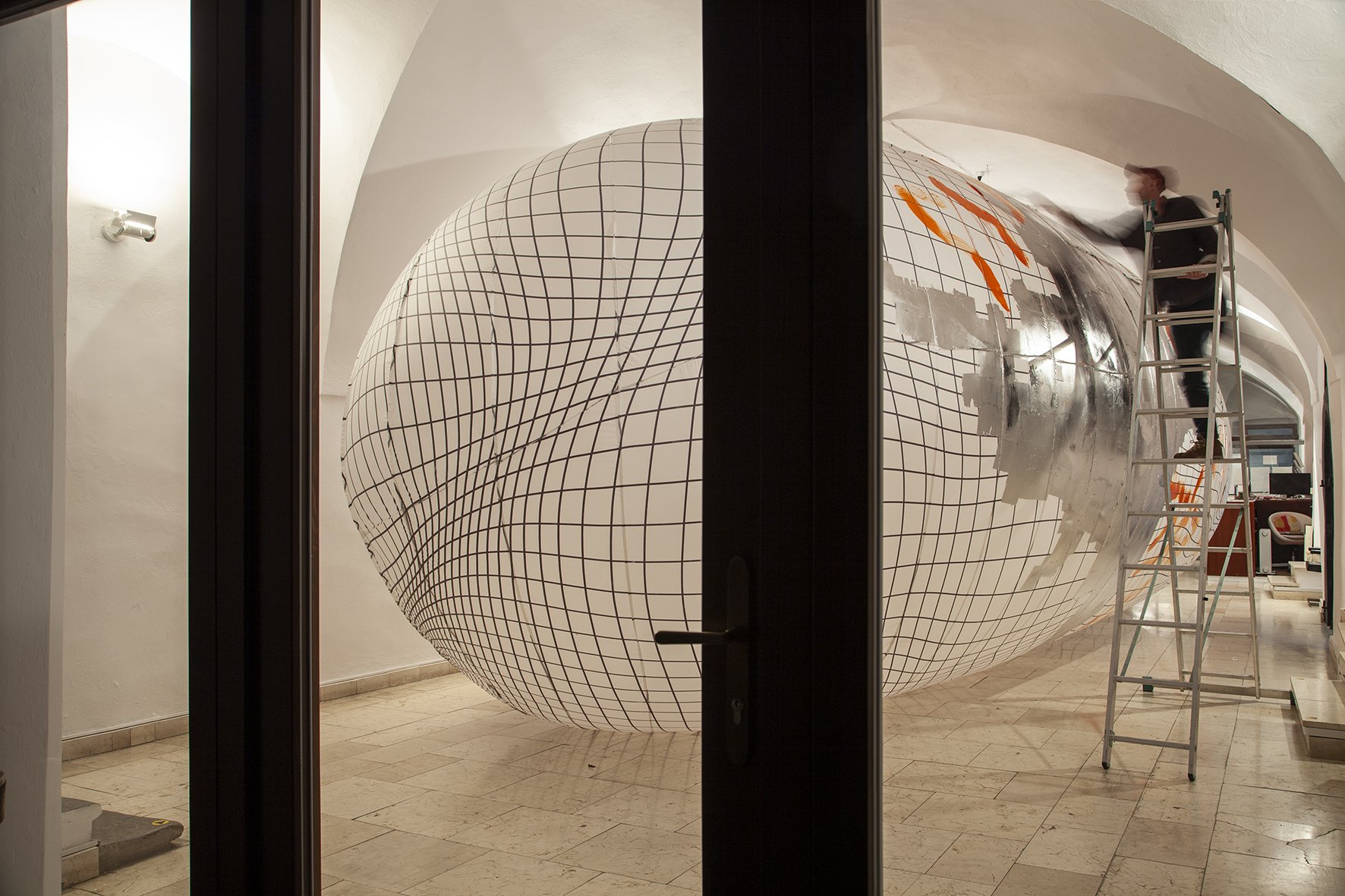 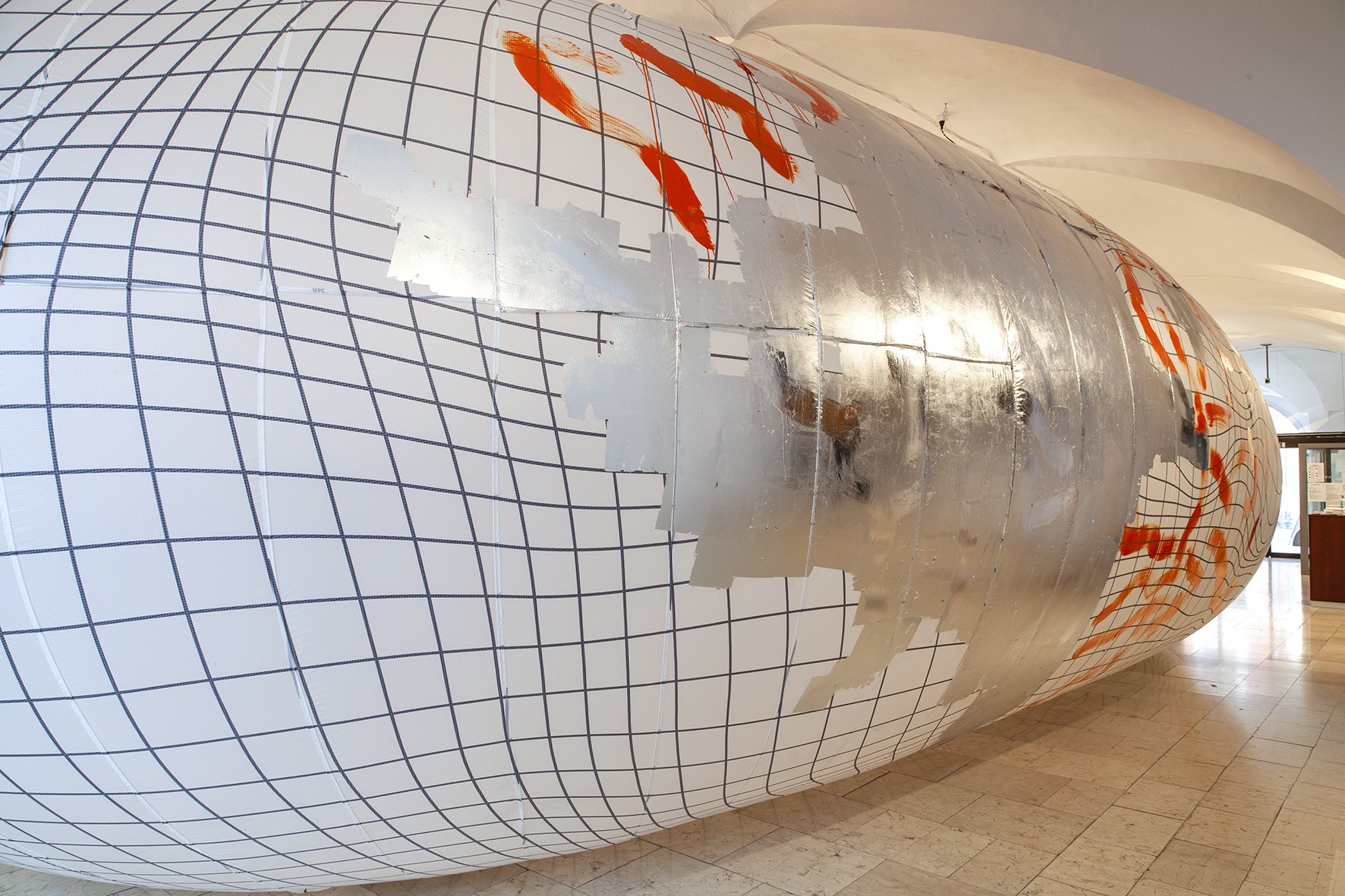 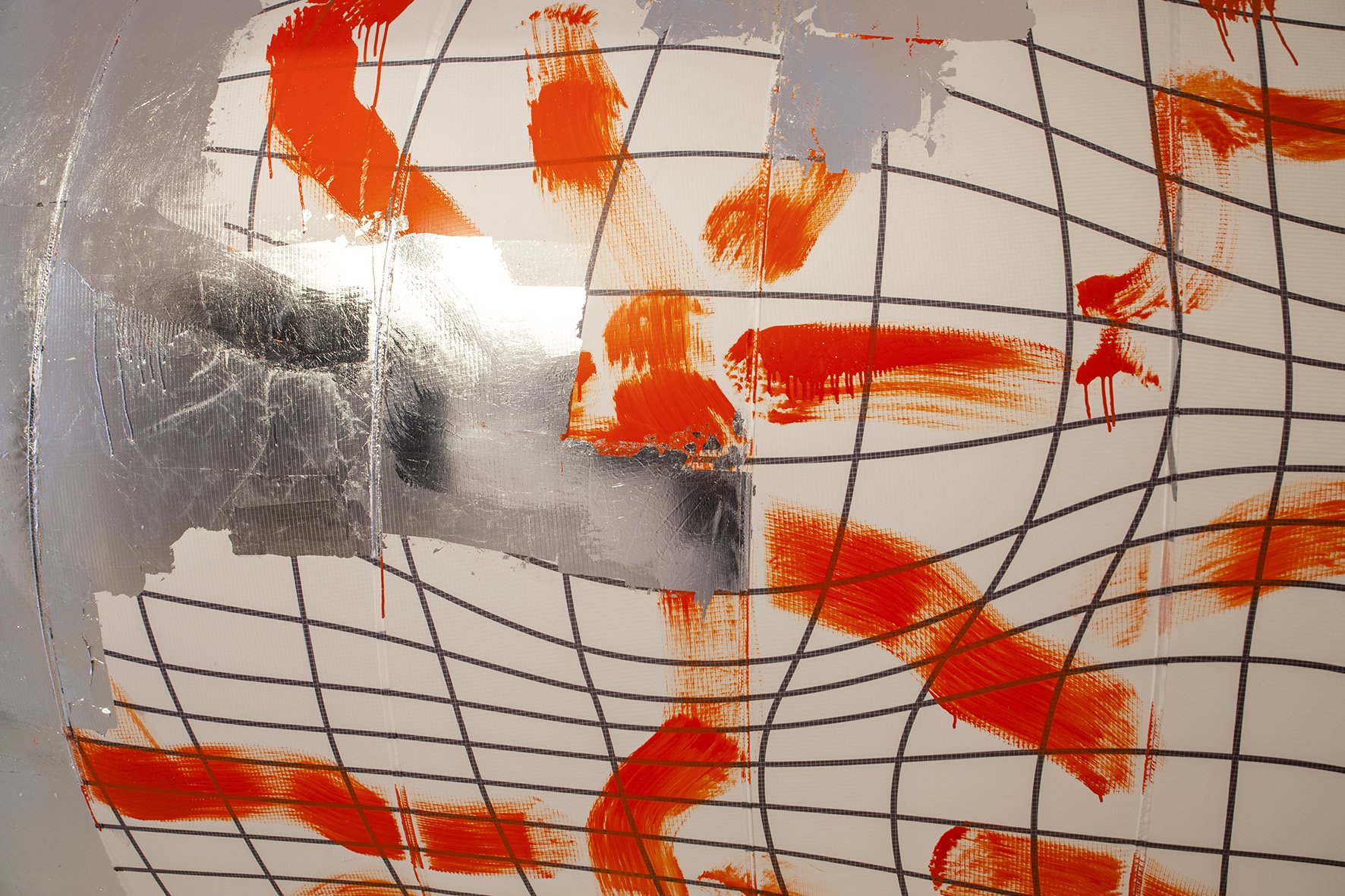 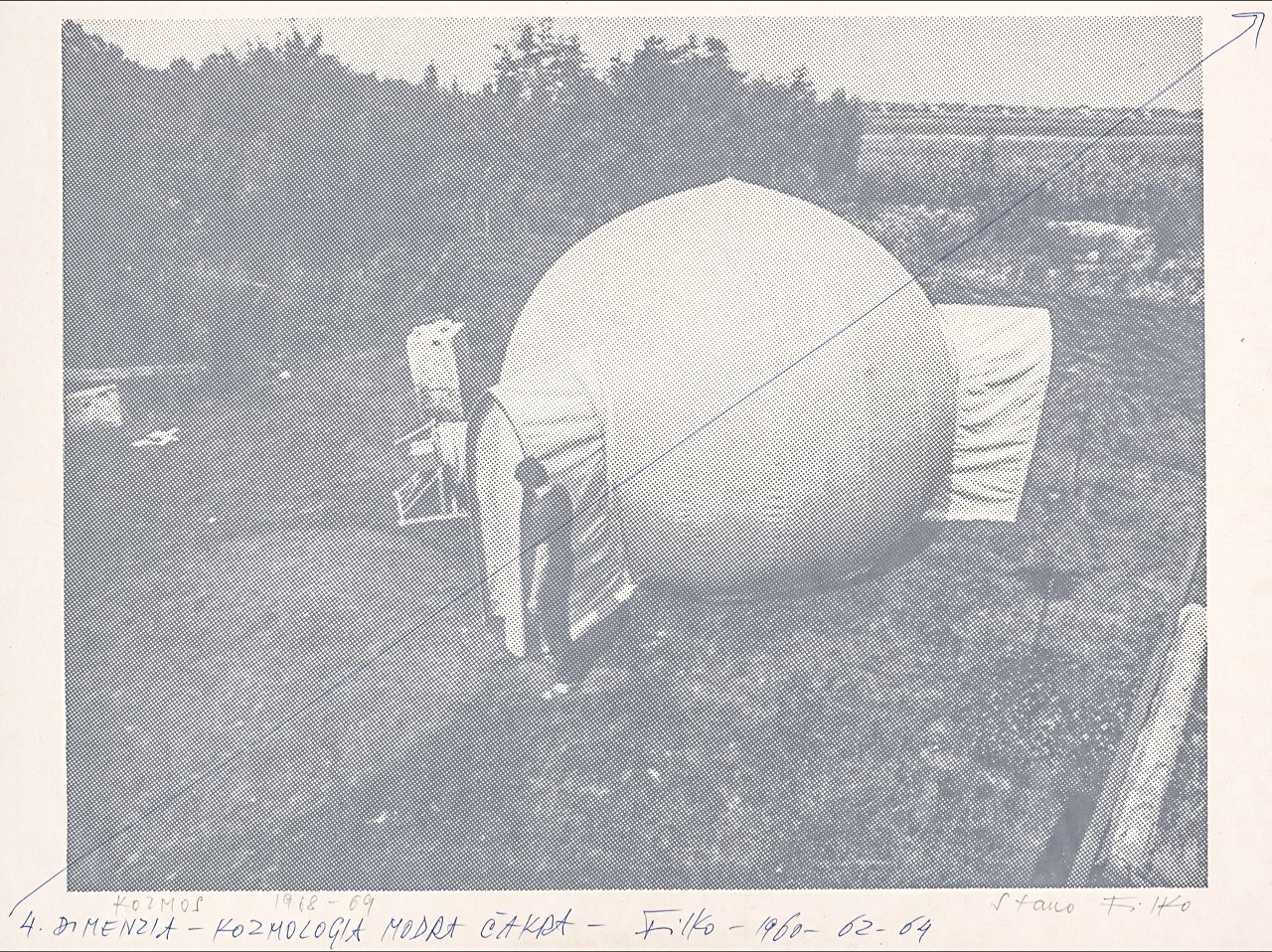 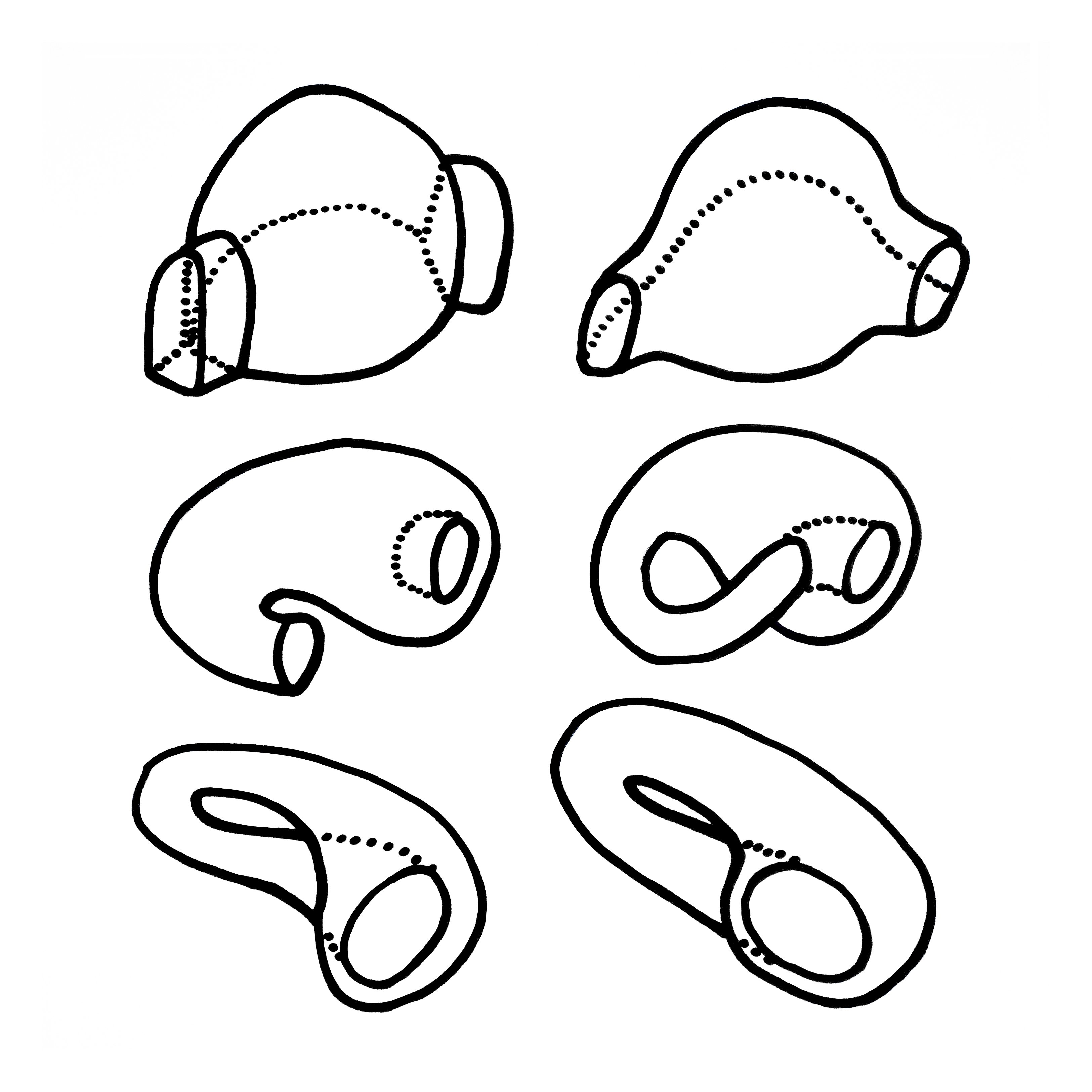 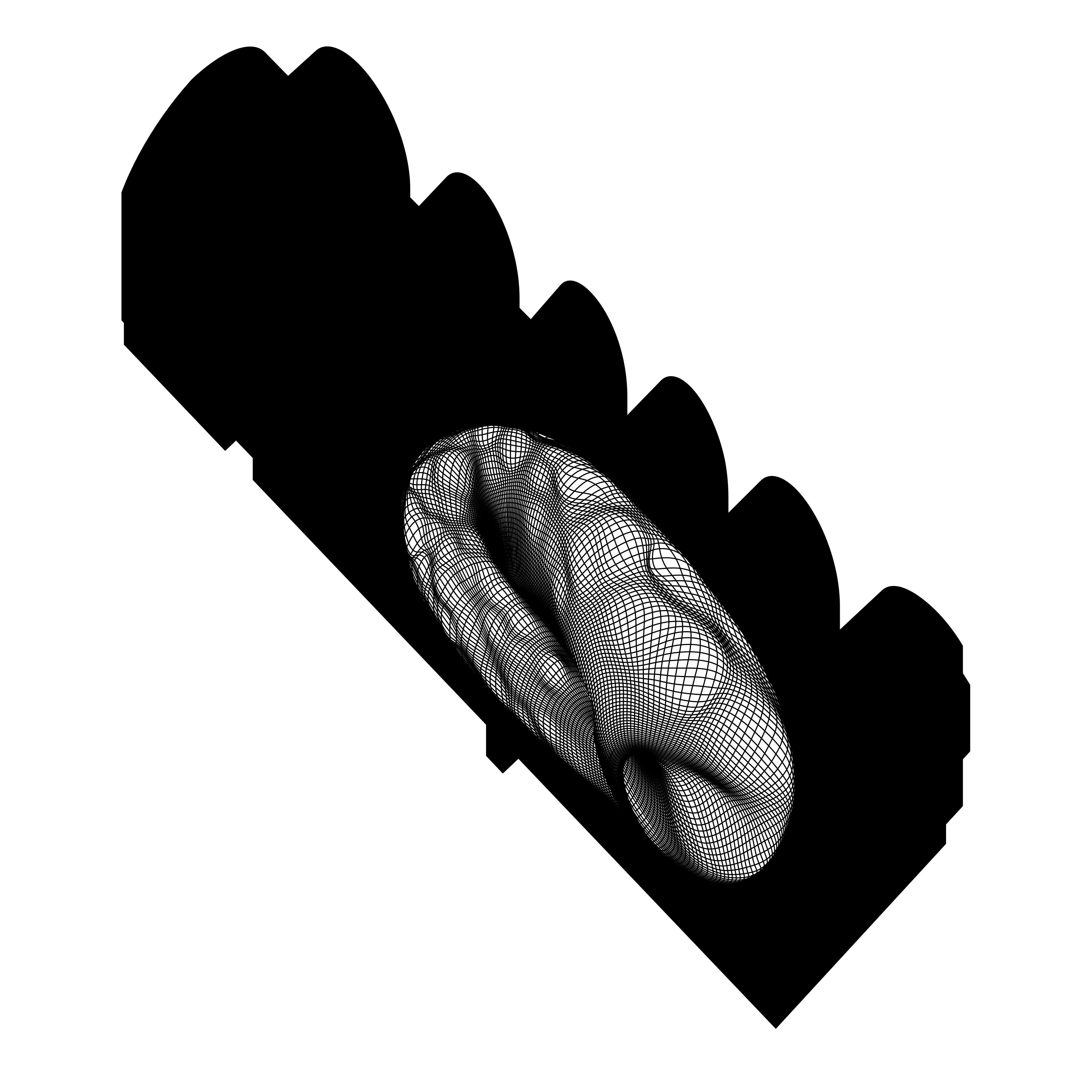 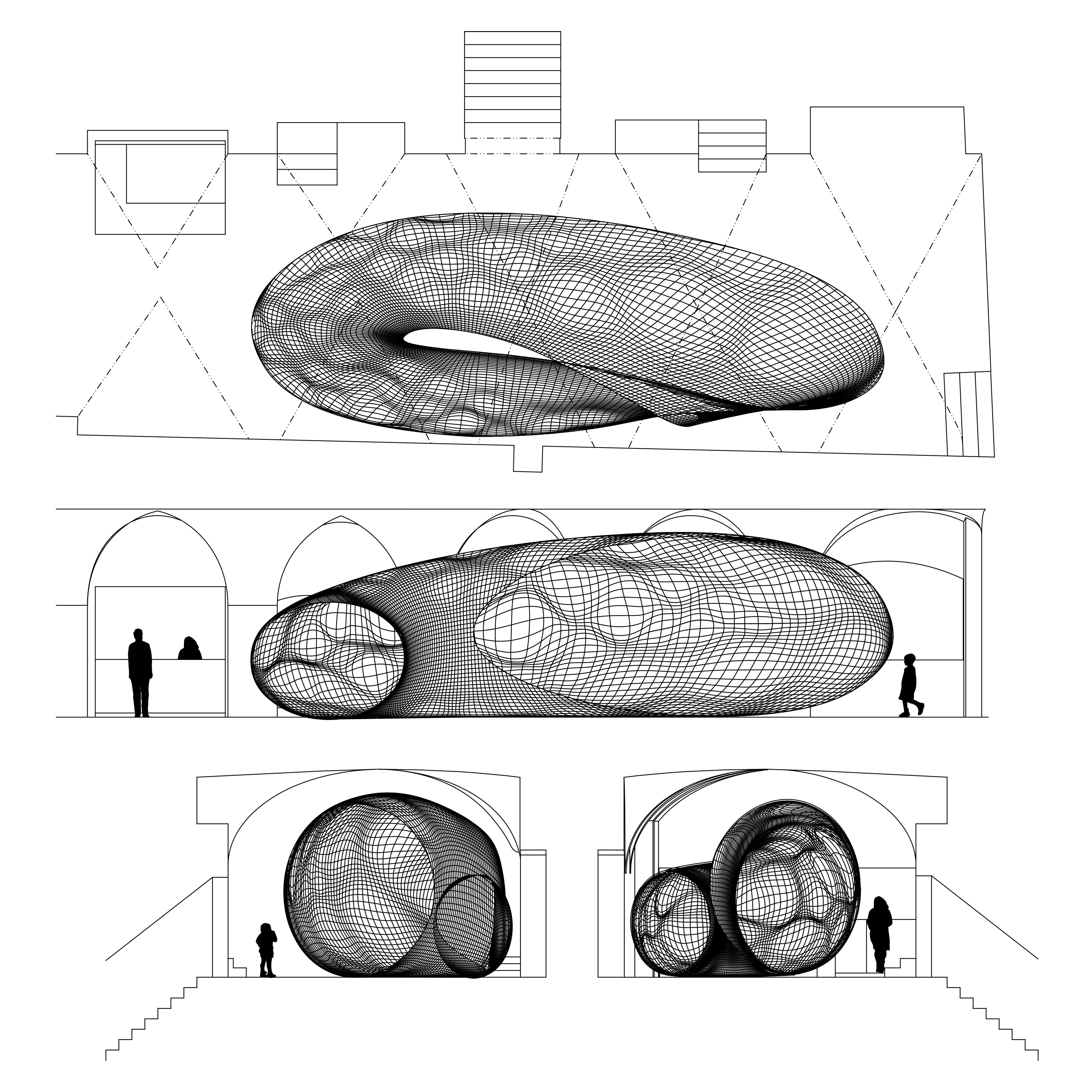 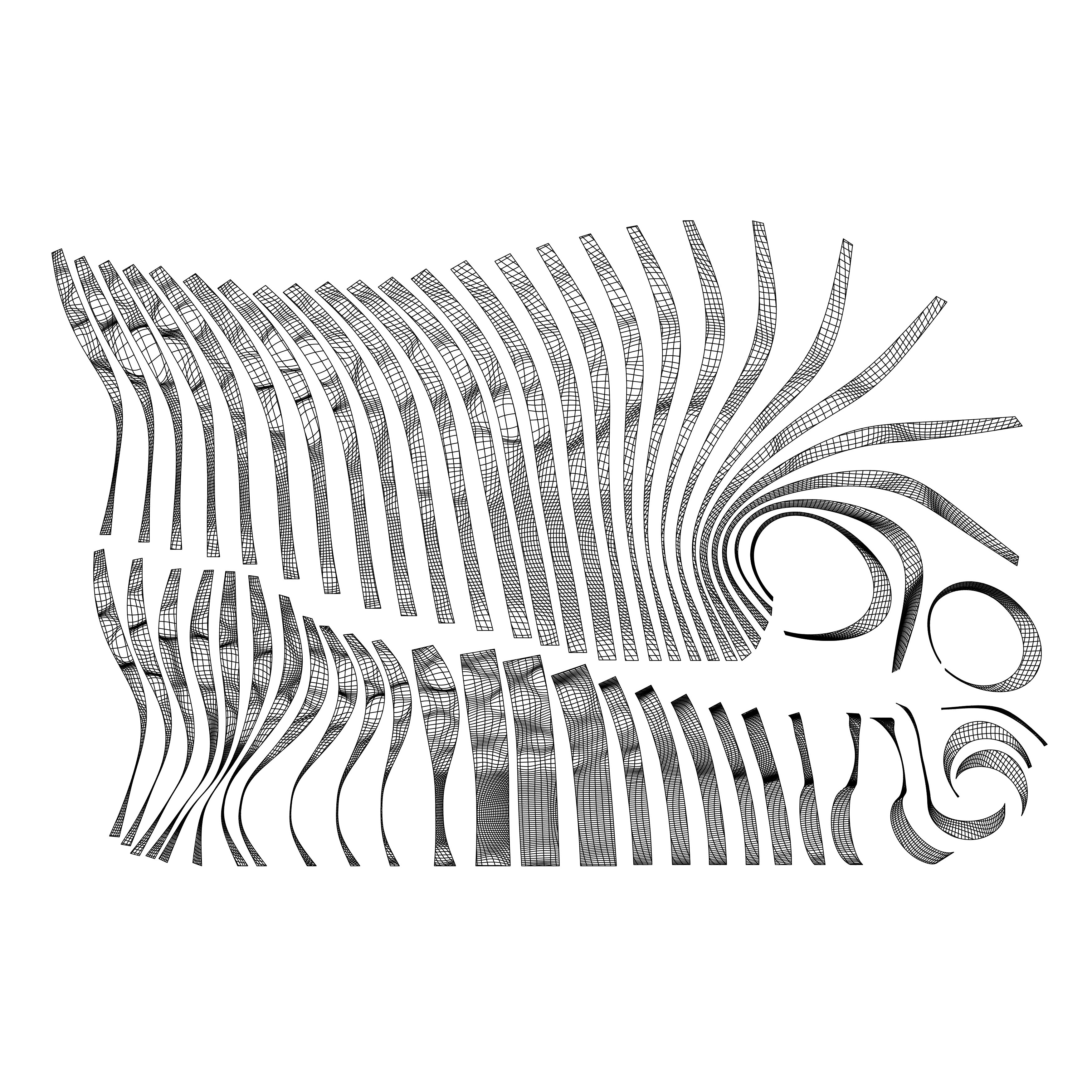