The idea of the exhibition arose during the summer semester 2019/20 at the AFAD as a part of the interdisciplinary project Amber Road. In parallel with the ancient trade route connecting northern and southern Europe, to which the name of the unfinished central communication axis of Petržalka, the Amber Road, refers, we want to revive cooperation at various levels. In the interdisciplinary framework among educators and students of architecture, sculpture, painting or intermedia, in the institutional framework between the university, municipal government and local organizations, in the participatory framework then between the professional and lay public. The result is a common exhibition of three works along the Croatian Arm. On the one hand, they react to the given situations in the park in connection with the planned tram line (along its route scattered concrete relics of housing estate construction, desire lines and paths that cross the line, or various types of forces, forms of imaginary intersections, platforms, stops or terminals), on the other hand, form methods that allow each project to work with the same rules based on a given situation, but with the potential for a different result elsewhere. 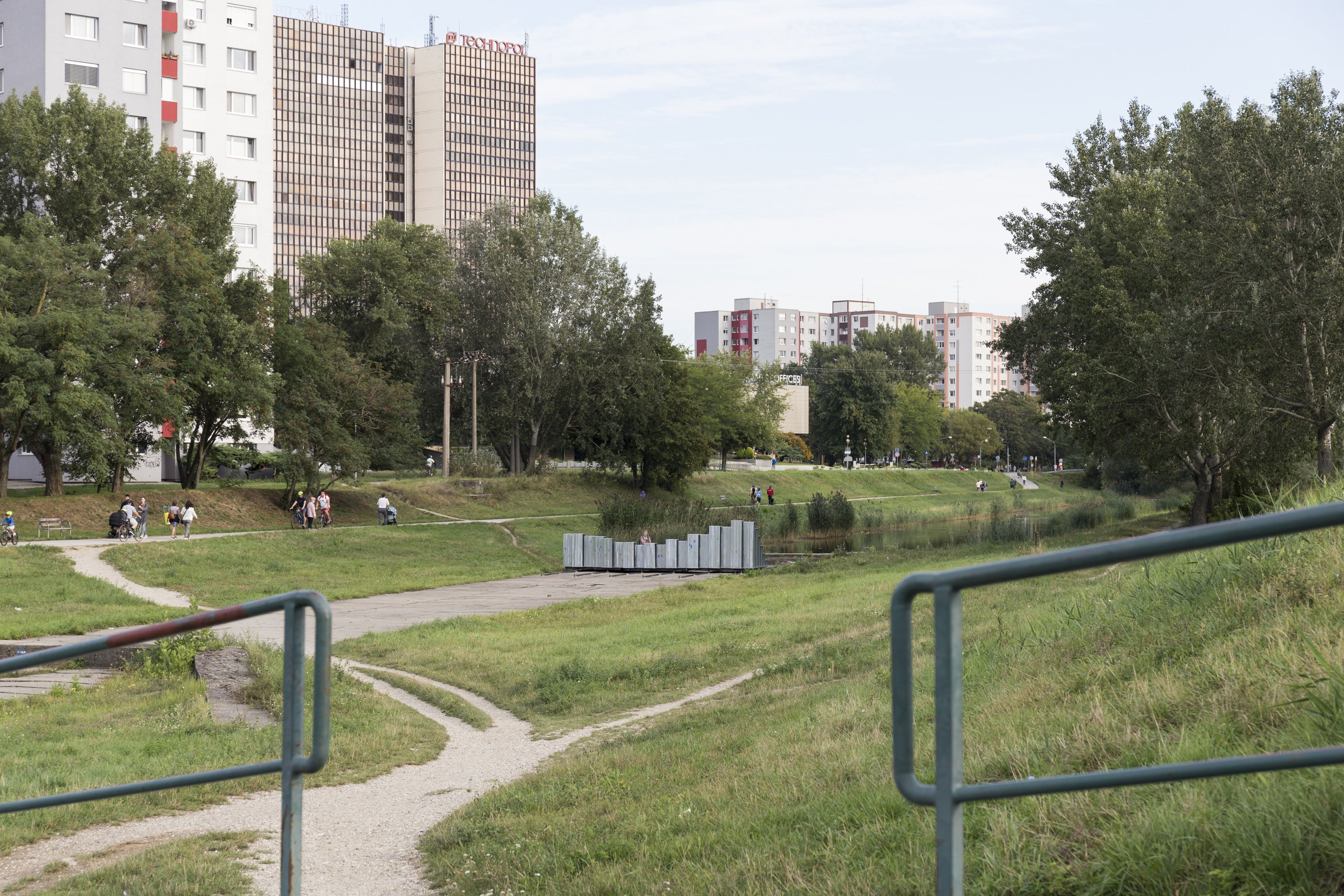 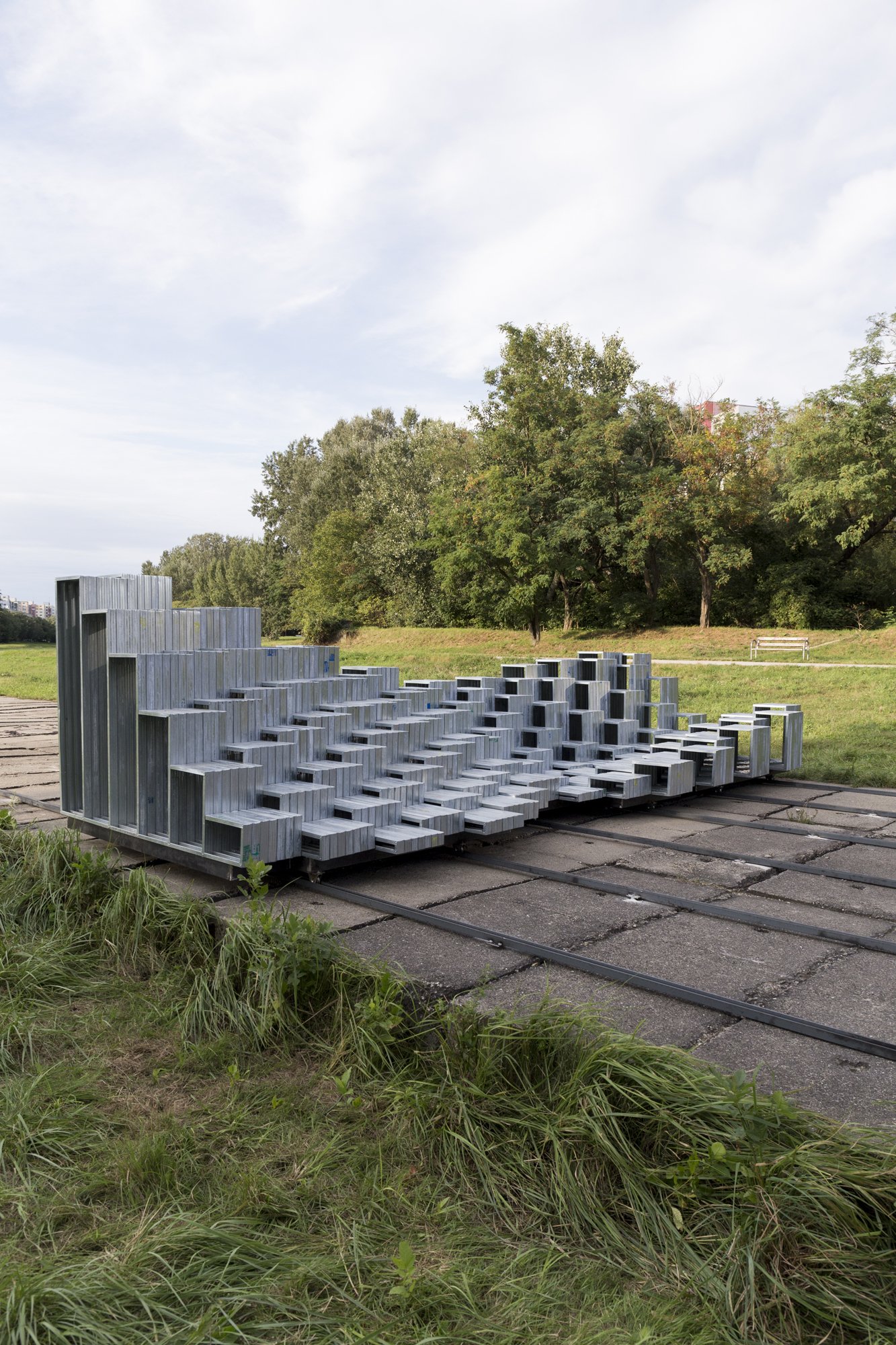 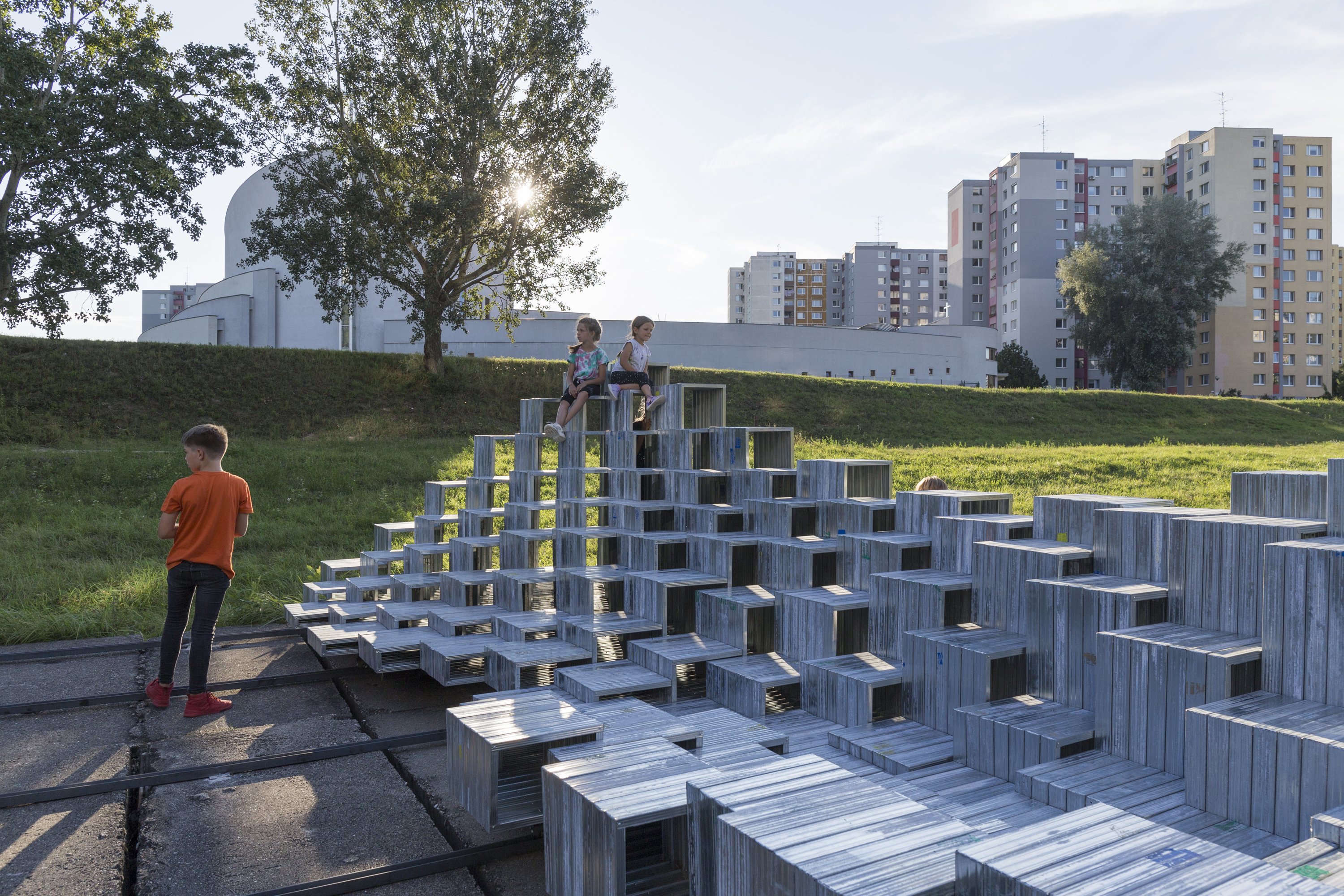 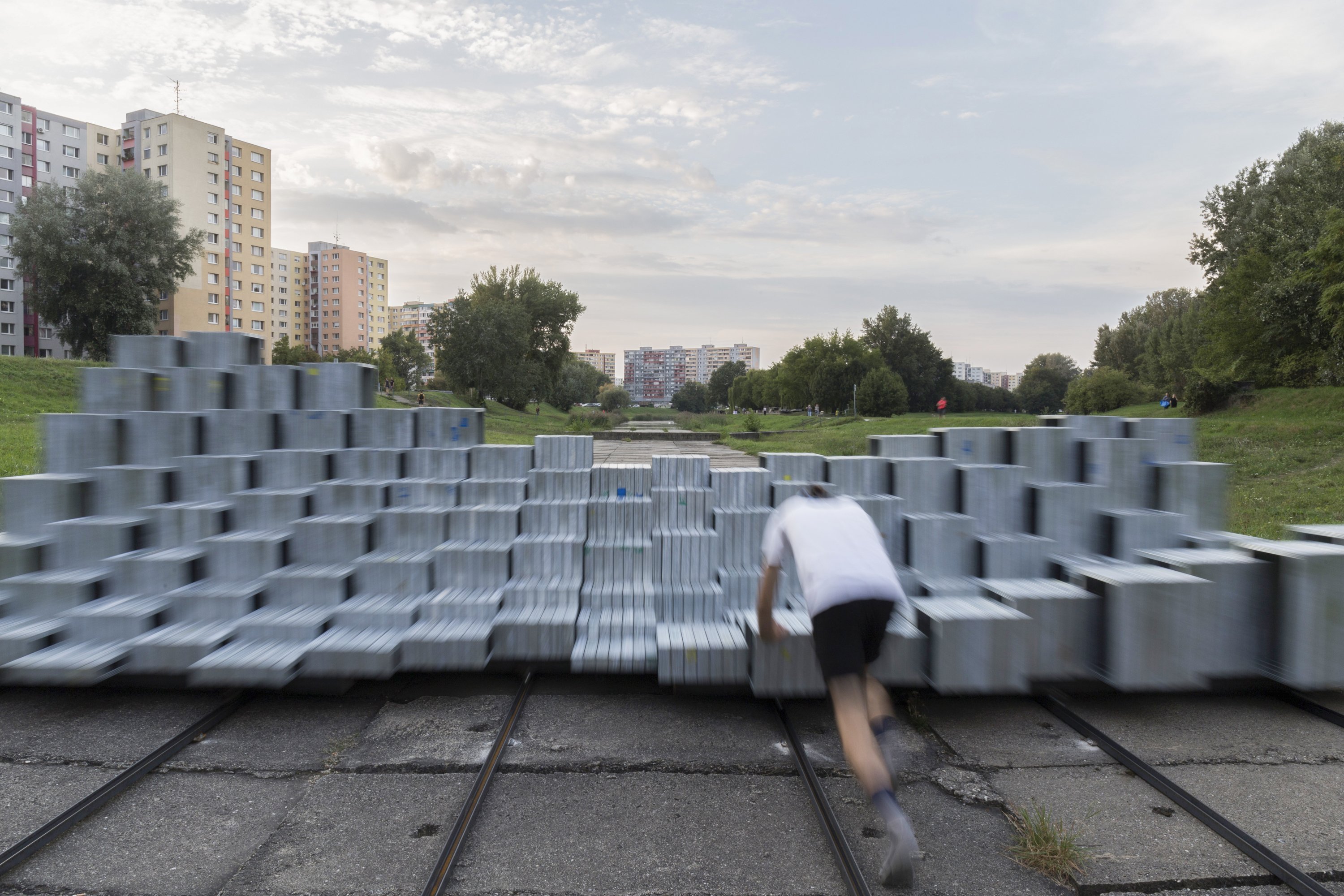 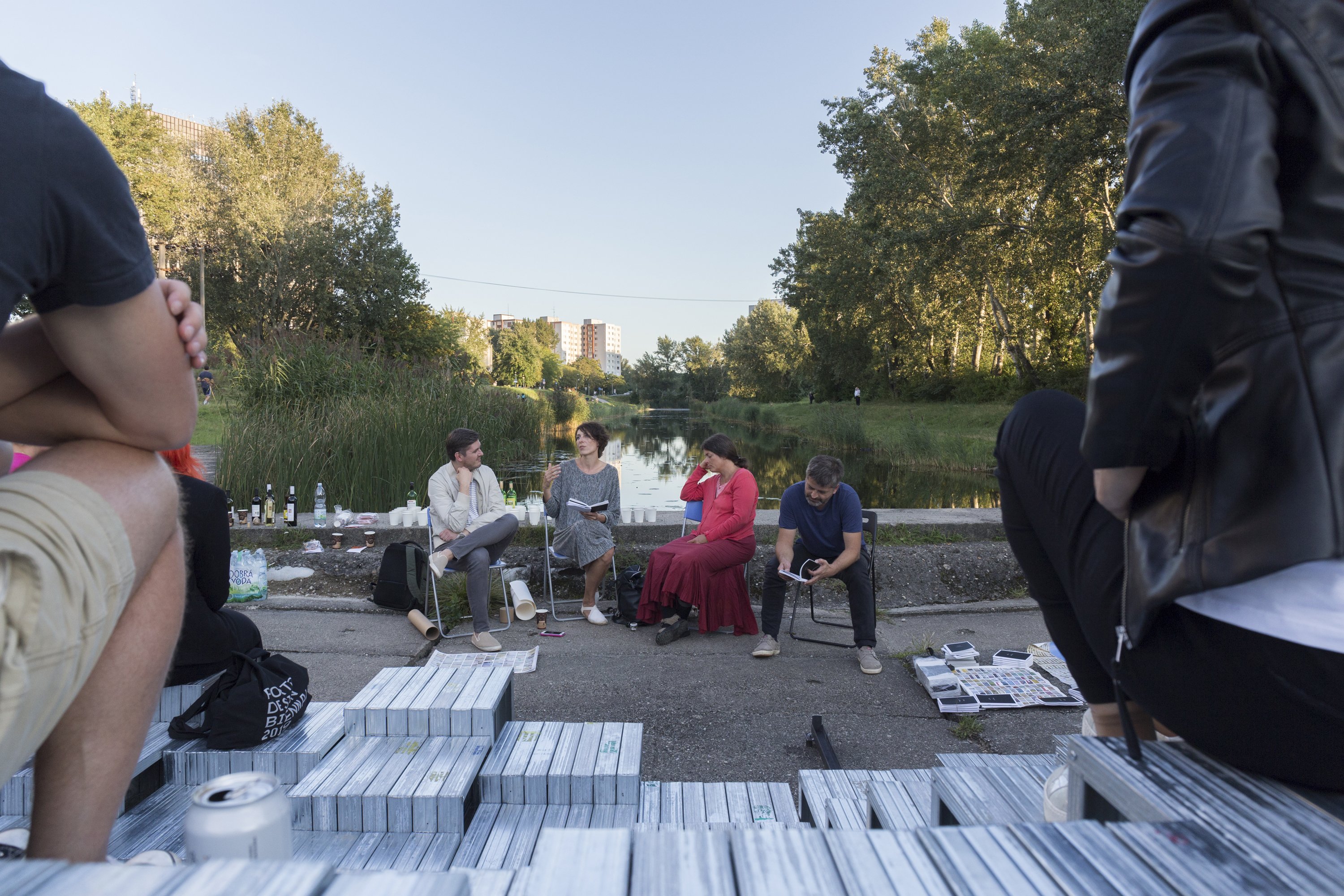 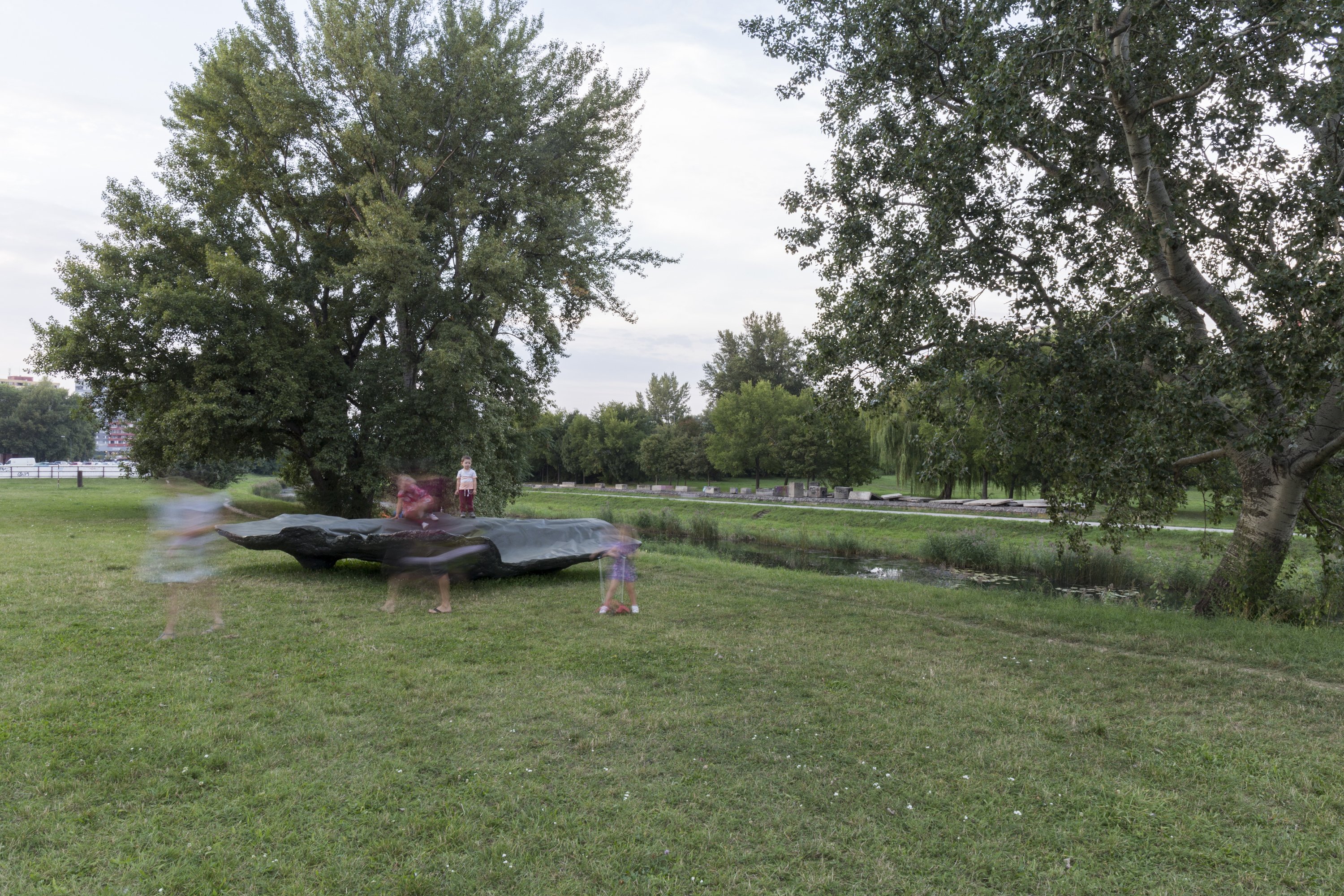 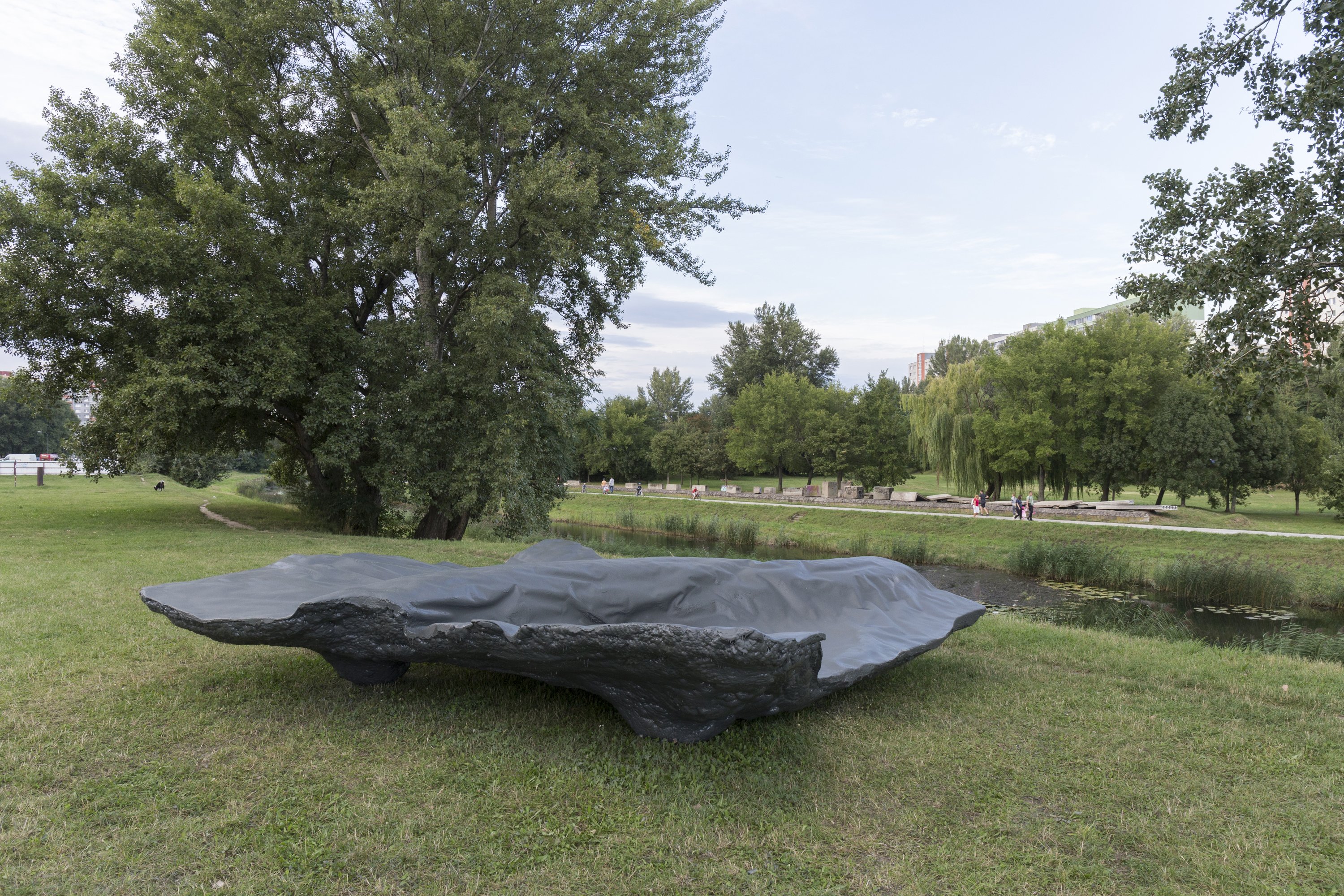 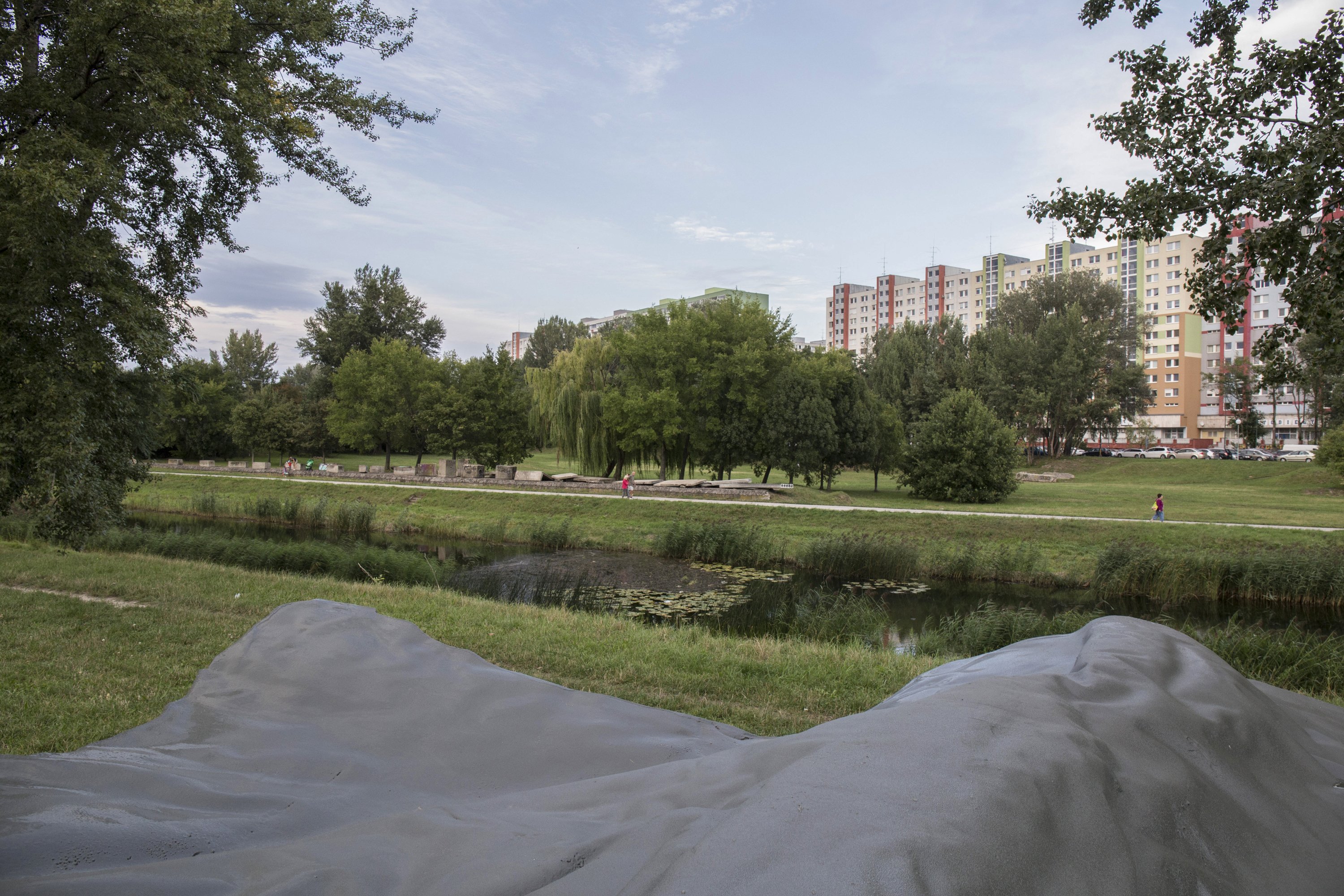 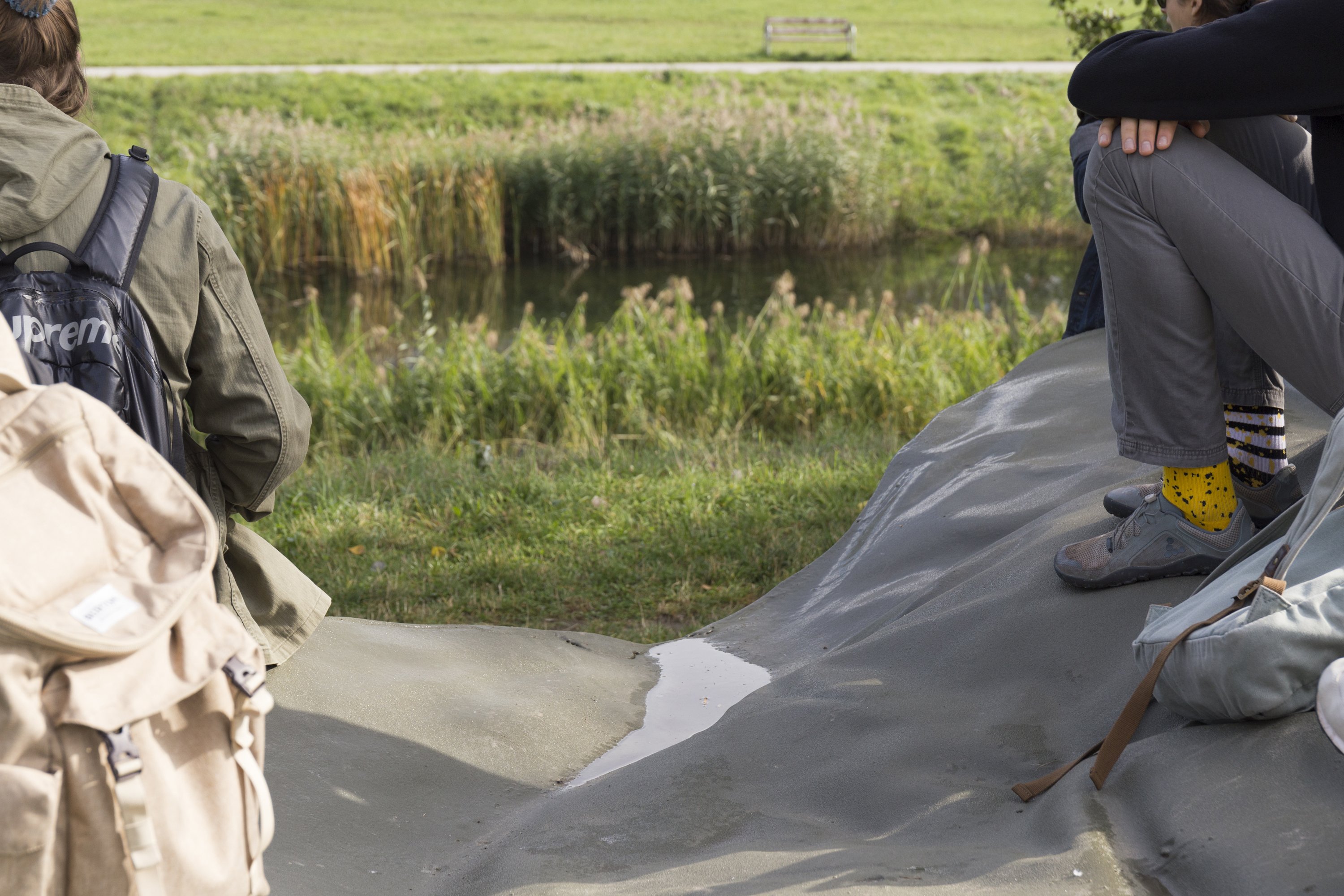 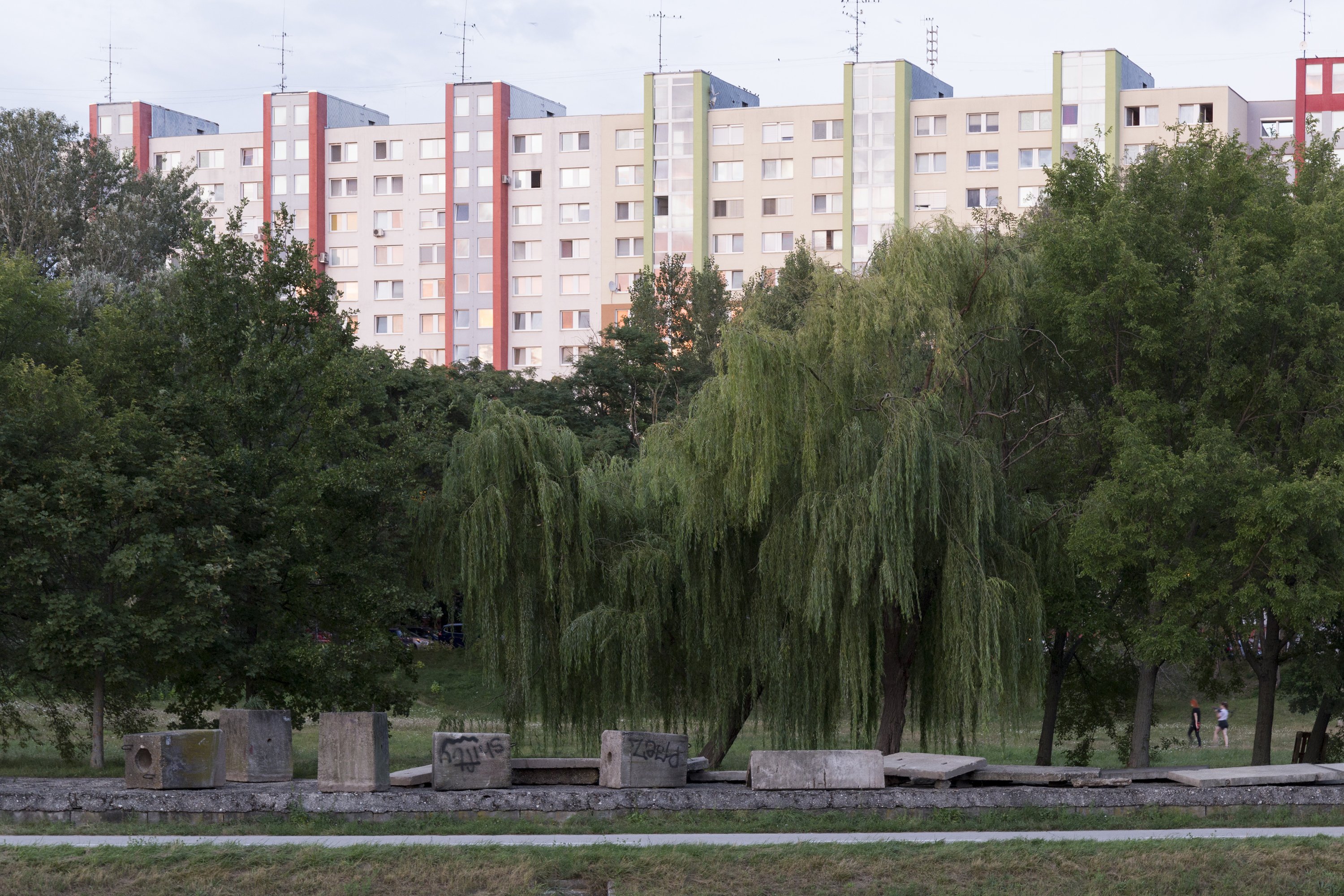 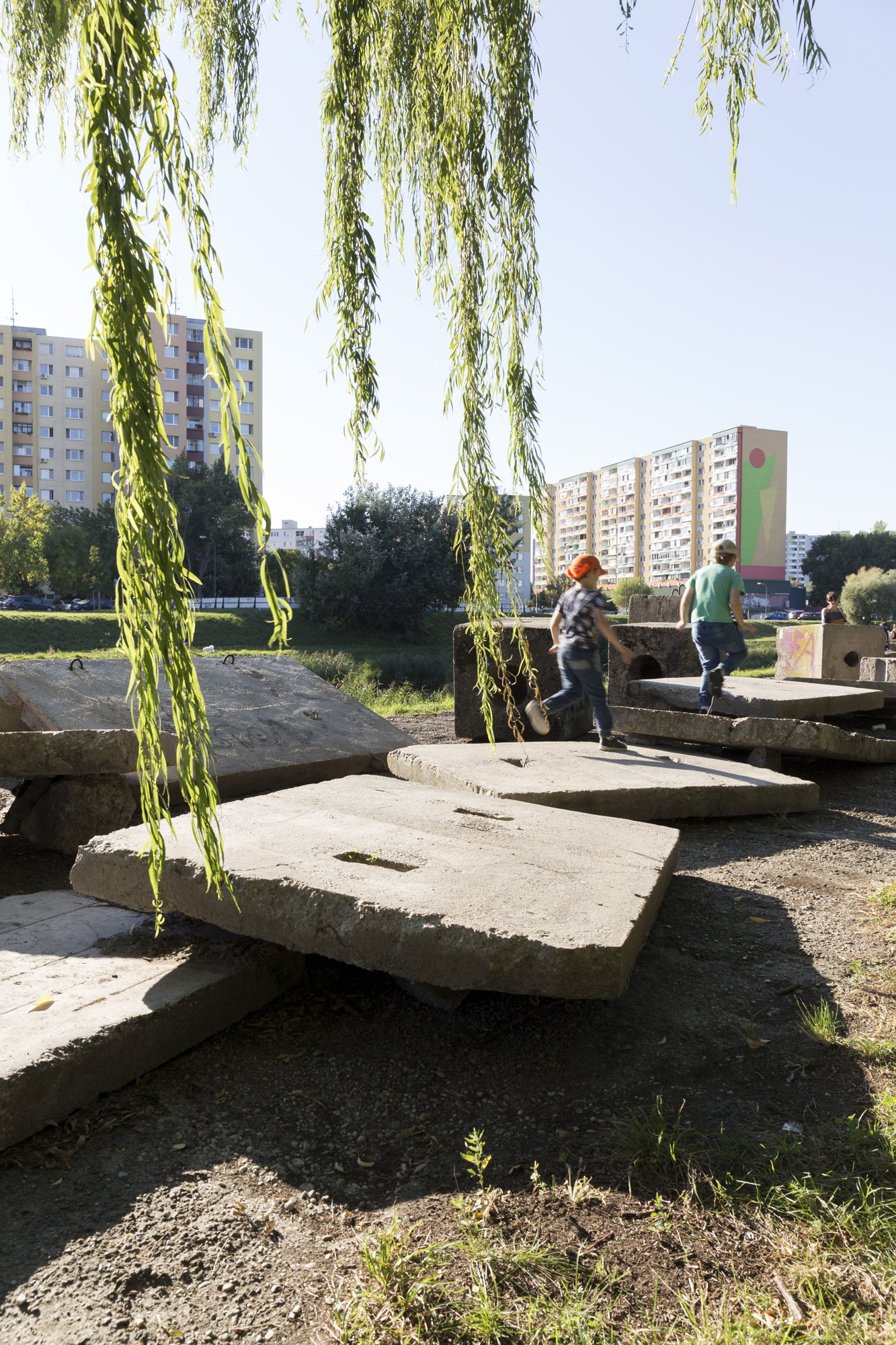 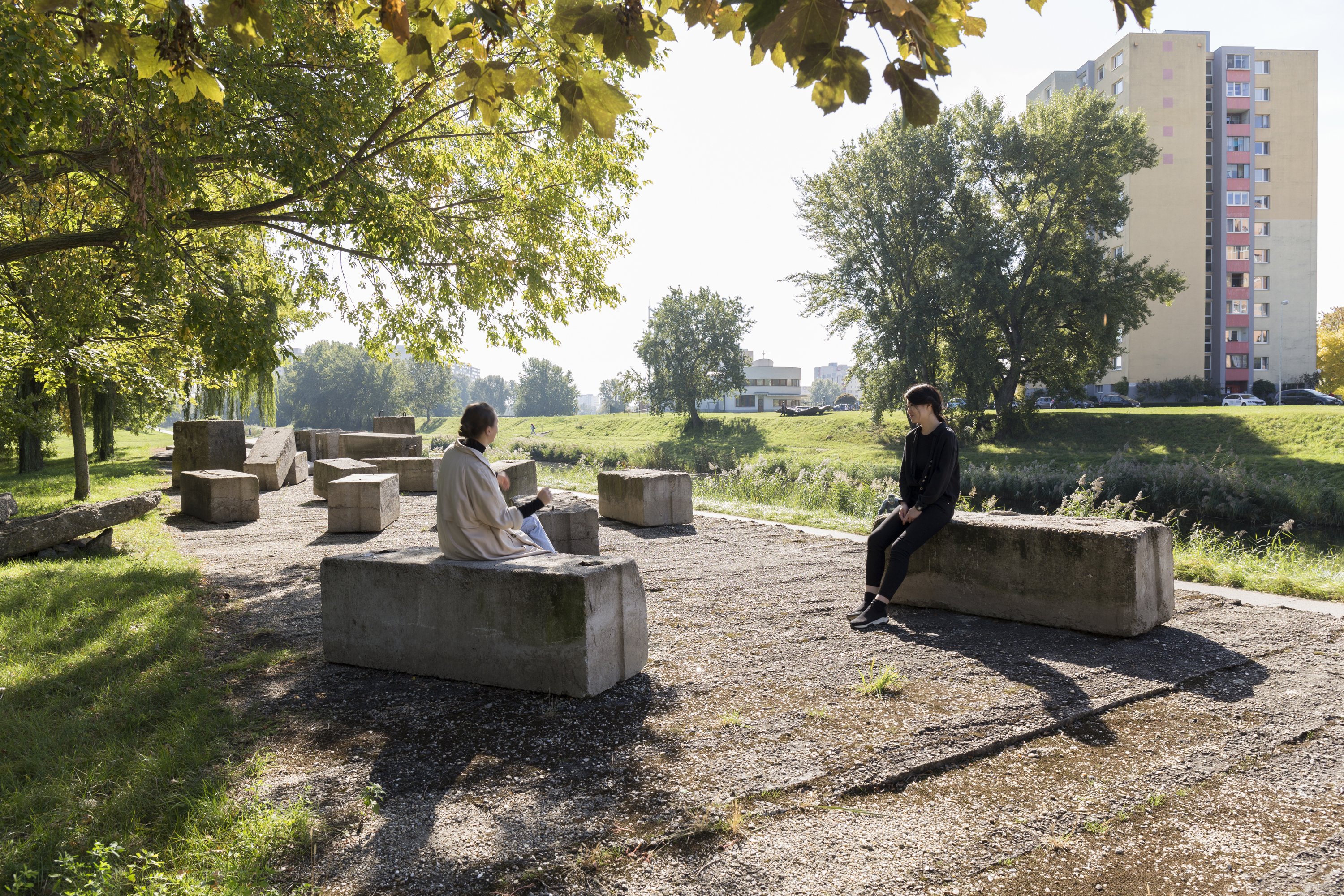 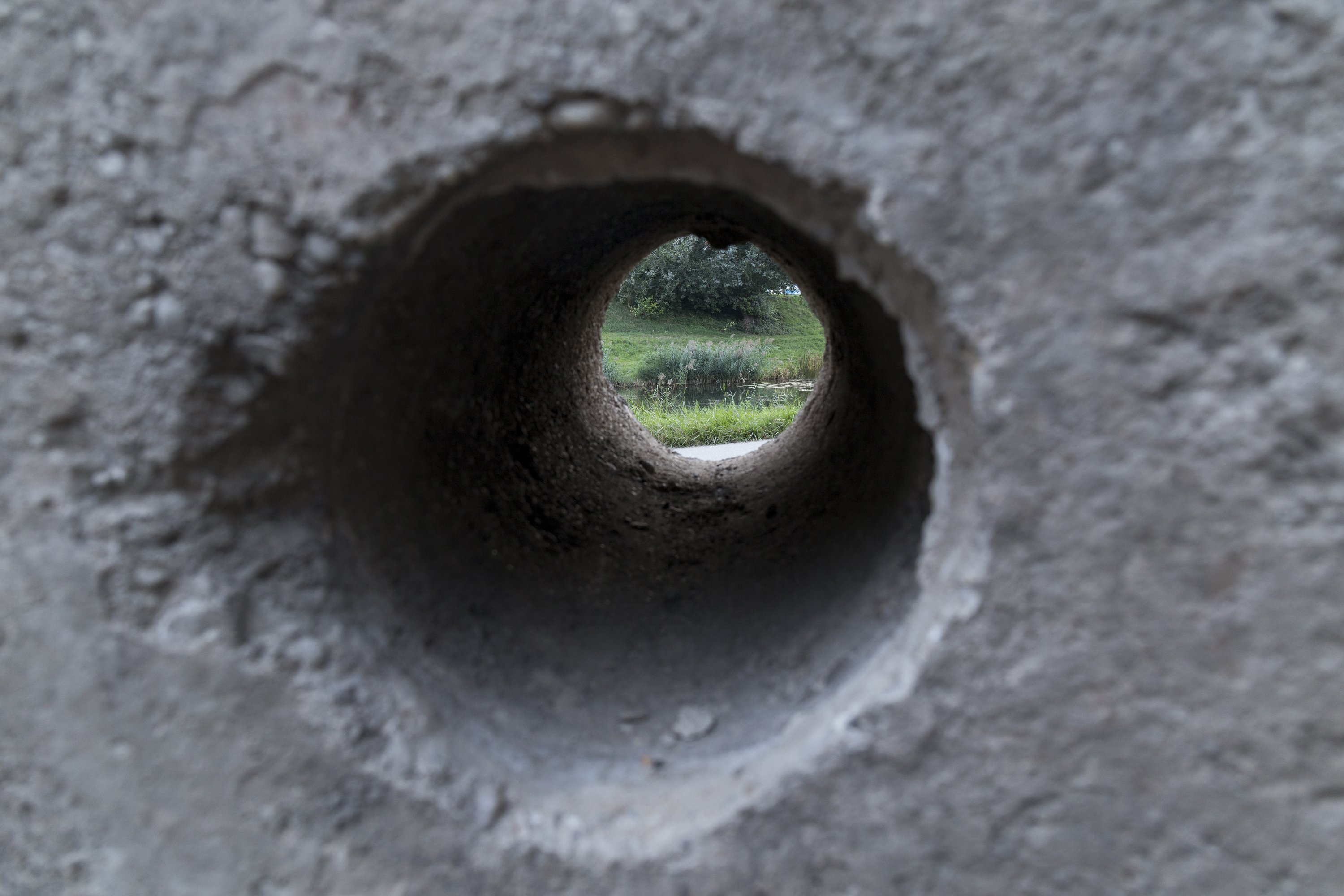